Who Is David French?
Opinion

Why Not David French for President? 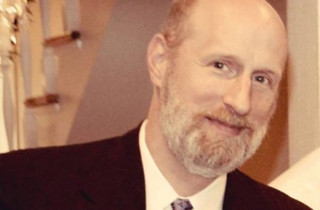 The Weekly Standard‘s Bill Kristol had the political world buzzing over the weekend hyping a third-party candidate, promising that he’d have the money and intellect to win the presidency. Was it Mitt Romney, some wondered? Perhaps Nebraska Senator Ben Sasse?

Kristol certainly deserves scorn and mockery for over-hyping French’s chances, but it got the job done; here we are, talking about his craaaaazy promise. It’s almost like he took a page from a certain presidential candidate’s book. But what does surprise me is that Kristol wasn’t the target of the social media backlash mob, it was David French himself.

The Federalist’s Mollie Hemmingway has a good breakdown of the worst reactions to the announcement, which included a truly despicable attack on how he and his wife set boundaries on their marriage during his tour in Iraq. But the more and more I read of French’s work and the attacks he faced on social media, the more I realized that not one person has forwarded a convincing explanation of why people shouldn‘t vote for this obscure Tennessee lawyer.

The first and most obvious charge brought against French is that he can’t win. To which I say: no freaking duh. At this late stage, the search for a third party candidate has always been first and foremost a search for a protest vote. It would have been nice to have somebody like a Romney who had a sliver of a chance to win, but even then it would only have been a sliver. The best #NeverTrump (and to a lesser extent, burned Sanders supporters) can hope for is a spot in a debate. That takes a measly 10% of the vote.

Crazy as it sounds, a lot of people simply vote for the person they think would make the best president. We’re only two decades away from Ross Perot winning nearly 20% of the vote on an independent bid that was obviously doomed by the time Election Day rolled around. That was with him running against Bill Clinton and George H. W. Bush, two nominees who look practically flawless compared to the candidates we have today.

There’s a bit of an irony by the way in Trump supporters, who for nigh on a year ignored warnings that he was unelectable in a general election, now suddenly scoffing at throwing your vote away as “a vote for Hillary.” They claimed during the primary that they needed to vote for Trump to “send a message” to elites in Washington, and if that led to crushing defeat in November, the party would be better for it. In short, they voted based on their conscience, not on the expected outcome. Anti-Trump conservatives now plan to do the same.

Voting on your conscience might be folly. Voting for Donald Trump because you think your vote will be the one in two hundred million that stops Hillary Clinton (or vice versa) is also folly. Both acts are equally pointless, but for millions of people, one doesn’t require selling their souls.

French himself came out with a cheeky take on the argument that “obviously” he can’t win. While I disagree, it’s hard to argue with his larger point.

All the normal political rules apply. The conventional wisdom has been right. An underdog can’t win. Right?

The second biggest case against French is that he’s a nobody, unworthy of attention. Until yesterday, he didn’t even have a Wikipedia page. Fox’s Andrea Tantaros puts it thusly:

Now, it certainly makes sense that Tantaros has never heard of French. After all, he writes for a respected conservative publication. The only ones who heard of French before yesterday tend to be very well-read individuals or those who care deeply about the conservative movement, and Tantaros is neither.

She is basically right however that he’s a complete unknown; I only barely knew of French, and I absorb news and commentary for a living. But really this is just a corollary of the first objection: you don’t nominate an unknown because they lack name recognition, which keeps them from winning. That’s a moot point when you’re talking about a protest vote.

As it happens, French has a fairly impressive resume by any reasonable standard.

He is a graduate of Harvard Law School, the past president of the Foundation for Individual Rights in Education (FIRE), and a former lecturer at Cornell Law School. He has served as a senior counsel for the American Center for Law and Justice and the Alliance Defending Freedom. David is a major in the United States Army Reserve (IRR). In 2007, he deployed to Iraq, serving in Diyala Province as Squadron Judge Advocate for the 2nd Squadron, 3rd Armored Cavalry Regiment, where he was awarded the Bronze Star.

I’m personally most intrigued by his leadership of FIRE, an organization with a mission I deeply admire and that has fought against the worst deprivations of constitutional rights on college campuses. Teaching at an Ivy League law school is obviously nothing to scoff at. Most Americans would be drawn to his military service and his Bronze Star, but missing from his bio is the fact that he signed up despite being comfortably well-off, knowing that he would be sent to a losing war:

One evening I was reading the newspaper and came across two stories about the Iraq War. It was 2005, and the war was going badly. Sectarian violence was spinning out of control, and Army recruiting was suffering. It seemed that not many people wanted to join the military and be shipped off to fight a losing war.

The first article detailed the Army’s effort to recruit older soldiers. I read it, looked at my wife in disgust, and said something like, “America is just too soft to fight a long war.” I kept reading on to the second story — describing a firefight in an Iraqi town — and read how an officer was wounded (a man about my age) and used a reporter’s satellite phone to literally call home, to tell his wife and two children that he was hurt but that he’d be ok.

No, he did not inherit billions from his father. He did not have the good fortune of marrying a rising political star, buying a house in a solidly blue state, and relying on his spouse’s vast network of moneyed interests and political allies to win him a Senate seat. Instead he dedicated his life towards advocacy he was passionate about and serving his country and by all accounts achieved success that most Americans would envy. What a nobody.

Ironically, the strongest argument against French is the one I see nobody pushing: he’s completely unvetted. Many of his views on public policy are out on the open of course. Vox’s Dylan Matthews and my former colleague Andrew Kirell both already have pieces up bemoaning the fact that he’s written several pieces advocating social policies that are, *gasp*, conservative.

But what’s French’s plan for entitlement reform? What’s his tax plan? How would he settle the Puerto Rican debt crisis? Does he support nuclear power? What’s his stance on the warming of relations with Cuba? Columnists tend to gravitate to the issues their passionate about, but candidates need to weigh in on banal minutiae and issues of importance.

More importantly, there’s been virtually no vetting of his background. For all any of us know, David French has a criminal history, a troubling incident in the military, irregularities in his work, infidelity, or god knows what skeletons in the closest. Judging by the outpouring of support even from acquaintances who view his candidacy as misguided, I sincerely doubt that’s the case. But should he decide to run, he needs to be prepared to face the scrutiny presidential candidates have to face.

There’s a reason this column isn’t called “Why I’m Voting for David French.” I’m not on board with the French Revolution; not yet at least. What I haven’t heard beneath all the mockery (oh, and racist attacks on his interracial family) is a good reason why I shouldn’t vote for him. Because he’s not a “serious” candidate, unlike the guy giving a press conference about whether he’d shoot a gorilla and the gal giving an interview to HBO stars about whether she had seen Lenny Kravtiz‘s penis? Or maybe I’m supposed to vote for Libertarian Gary Johnson, the guy who hasn’t figured out yet whether the U.S. should have entered World War II?

Never before has a presidential election been more defined by who you’re not voting for. Assuming the polls stay steady, a huge percentage of voters will be pulling the lever in November based on which candidate they despise more, the felon or the racist. Millions more will likely just chose to stay home entirely. Both candidates are barely even trying to get their numbers up or discuss policy, pursuing instead a strategy of nonstop attack and demonization. The best case Donald Trump is making is that he is not Hillary Clinton. The best case Hillary Clinton is making is that she not Donald Trump.

Well I’ve got news for everyone: David French is not Trump. But get this– he is also not Clinton. By the stupid, destructive, and infantile rules that both major candidates set themselves, that makes him the most qualified man for the job.