Why Were Off-the-Record Dinners Fine When Clinton Held Them, But Terrible Today?
Opinion

Why Were Off-the-Record Dinners Fine When Clinton Held Them, But Terrible Today? 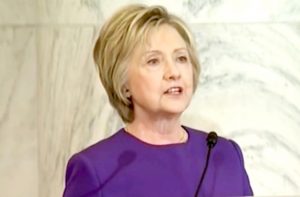 The hacked Hillary Clinton campaign emails released by WikiLeaks presented interesting insight into how the campaign interacted with the media, including a number of emails that were seized upon and spread by conservative and pro-Sanders Twittersphere as evidence of bias. There was the time campaign chairman John Podesta hosted dozens of reporters for an off-the-record dinner at his home. That was followed by cocktails and hors d’oeuvres at chief strategist Joel Beneson‘s place a week later.  There was the time Chuck Todd threw a party at his house for Jennifer Palmieri. Or the time, John Harwood grabbed beers with Podesta, or the time Jake Tapper congratulated him for joined the Obama White House, etc.

You might have noticed that there weren’t any Mediaite stories about these revelations and that they didn’t spark a flurry of mainstream media coverage the way other revelations did. That’s because most reporters understood that the above actions weren’t scandalous. Off-the-record meals and buttering up sources are part of the industry and lead to serious, important reporting. Laymen may recoil at the sight of the sausage-making, but they love the sausage.

There’s a line that occasionally gets crossed, of course: I would call Harwood grabbing drinks and flattering Podesta pretty above-the-board, but his constant offering of campaign strategy a bit too much. But for every email wit Tapper getting chummy with the Clinton folks, there’s another one where they call him “a dick” for pressing them about their avoidance of the press. Reporters only play nice so they can eventually play hardball down the road.

I was a little confused then to see a new freakout this weekend over the news that reporters had an off-the-record dinner with president-elect Donald Trump. Included in the press pool report, the dinner only really drew widespread condemnation after a picture was posted to Twitter. Many of the loudest voices denouncing the dinner were among those who (rightly) defended the Clinton campaign from the uniformed conspiracy-mongering over the Podesta dinner.

MSNBC reporters are suddenly Trump shills. This isn’t evidence of some nefarious conspiracy, but pretty standard operating procedure. So why– given that this sort of off-the-record hobnobbing and brown-nosing happened on both sides during the campaign– is this suddenly beyond the pale?

I’ve seen a lot of explanations on Twitter and elsewhere (predominantly from liberals, for whatever that’s worth) about why reporters should’ve treated Trump’s dinner differently than Podesta’s. The weakest of these is that the meeting was fine, but it was the posing and posting of the picture that was problematic. That to me seems odd: it isn’t a problem when politicians wine-and-dine reporters, so long as they do so away from the public eye? Reporters can meet with politicians, so long as they don’t seem too happy about it?

But by far the most common argument (and the strongest) is that Trump has taken his animosity and threats towards the press to unprecedented levels. He’s threatened to roll back libel protections and to sue any newspaper who writes a story he doesn’t like, he denounces the press as part of a globalist conspiracy, he refuses to give press conferences. Critics argue (and I agree), that Trump has gone further than any other public figure when it comes to fomenting hatred of journalists and the media. That, they say, means reporters should have spurned Trump’s invitation.

I wouldn’t fault any reporter who takes that stance. But it’s one thing to say reporters who take an adversarial stance towards Trump in retaliation for his rhetoric are doing an admirable thing, and another thing entirely to say that those who don’t are doing the wrong thing. It seems like a very slippery slope to say as a rule reporters must shun politicians for attacks on the industry. Who makes that determination, and at what point?

For example, reporters across the political spectrum will tell you that the Obama presidency has seen a new low in White House transparency and press relations, despite promises to the contrary. One study from the Columbia Journalism Review found that the Obama administration is the least transparent in a half-century, and that his was “a White House determined to conceal its workings from the press, and by extension, the public.”

Is labeling a reporter a criminal conspirator for doing their job and demanding news outlets turn over phone records to out their sources any less hostile than rhetoric about loosening libel laws? But even during those unprecedented assaults on press freedom, I don’t recall arguments that reporters should stop speaking with the president and his staff. Nor should they have; those off-the-record conversations are often critical to uncovering new stories and holding the president accountable.

Generally reporters don’t let their personal opinions on the policies of their subjects dictate how they approach them, and that ought to apply even to detestable views about the media itself. The somewhat distasteful message being sent to the public is that reporters should be neutral on all policy matters… except those that threaten their livelihoods. When Muslim-Americans or gun-owners see the press treat attacks on their rights with stony-eyed neutrality, and then see reporters treat attacks on their own rights by shedding their neutrality, how does that come off?

I’ll answer my own question: it comes off as pretty darn hypocritical. Likewise, treating the Clinton campaign one way and Trump the other comes off as a confirmation that the press is just as biased as Trump claims, and it won’t matter one fig that we thought up some high-minded appeal to the First Amendment to back it up.

I find the Trump critics’ approach cathartic, but unhelpful. Is the goal to punish Trump for his rhetoric towards the press, or to change it? For the press to abandon the standard rules of conduct and treat Trump as a pariah seems like a great way to do the former, and a terrible way to do the latter. And if the election proved anything, it’s that Trump is perfectly capable of ignoring the press and making his own case to the American people whenever he wants.