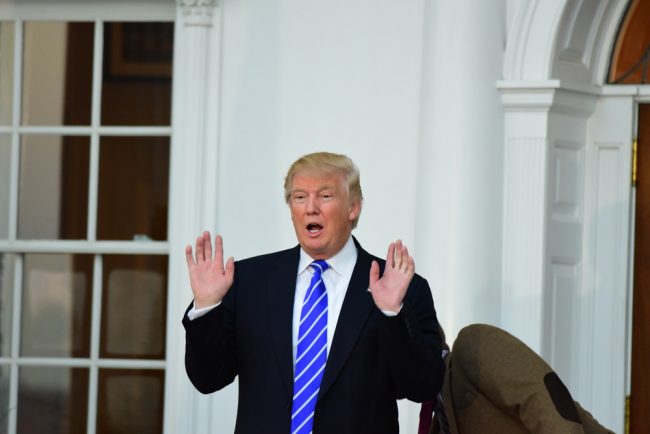 Along with the reports that Donald Trump said he “thought it would be easier” to be president came a bunch of reactions from not-so-happy citizens of the country he is presiding over with apparent difficulty.

Below, find a selection of everyday voters and beltway pundits alike:

We could have had Hillary Clinton, who loves hard work. https://t.co/H5qQcQTFOC

@jeneps Directly from his mouth, just one more reason that “he alone” is not qualified for this position.

Are you joking @POTUS? Running an entire country is not easy on any level. You continue to make my blood boil. https://t.co/7k1kx9Yg4P

The sad part is 62 million probably believed it would be easier for him too.

Sad. This is just sad. https://t.co/QPsDhVypBF

Is there another person on earth who thinks the American presidency is EASIER than other jobs? https://t.co/fAIWegoM04

How fuckin easy was his job before? https://t.co/rKDt7Kpgrt

“I thought this would be easier” – Donald Trump

Whoever challenges this sorry excuse in 2020, make that your campaign slogan.

“I THOUGHT IT WOULD BE EASIER.” #Trump pic.twitter.com/1NwloCBxO8

This is the world’s smallest violin…

??? I can’t believe he actually said this and he’s supposed to be the president…I’m sorry yall but we’re screwed. laughing to ease pain… https://t.co/bYPfgOzTJm

@GeorgeTakei I totally understand. ? He was misled. We’ll let him off the hook. He can leave now. ?

“I thought it would be easier” is really not what you’re hoping to hear from the guy you just hired for the most important job in the world.

“I thought it would be easier.” Are you serious? @realDonaldTrump really said that? ??‍♂️ https://t.co/kn3Nfpf1D6

Nobody said it was easy / No one ever said it would be this hard
*accompanied by world’s smallest violin* https://t.co/2ZtqELIec0

So, what did we learn today?