As Impeachment Transcripts Are Released, Media Should Remember They Are Largely Irrelevant 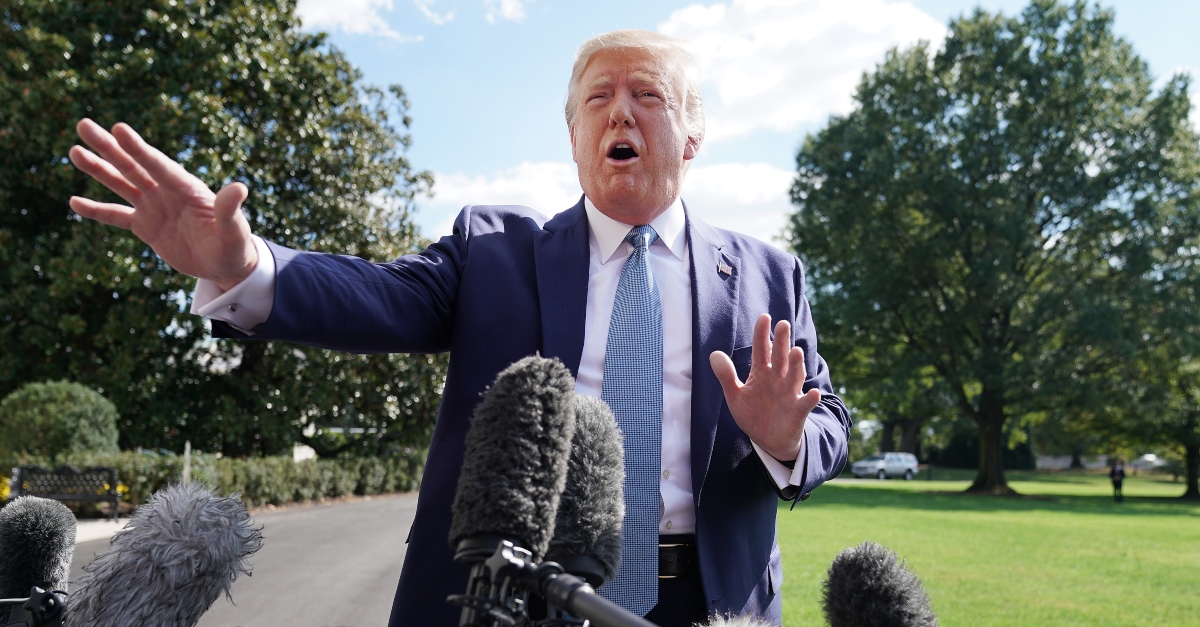 One of the more famous quotes in western civilization, attributed to many people in different forms, is, “Those who do not remember history are doomed to repeat it.” This truism is once again playing out in real time in the combative and yet symbiotic relationship between President Donald Trump and the news media.

This week much of our incredibly shrinking 15-minute news cycle is being filled up with transcripts of the closed-door testimonies in the impeachment inquiry of Trump. All of it appears to be extremely damning evidence that Trump clearly was up to no good in his dealings with the Ukrainian government, and some of it, like the batcrap-crazy story of the State Department checking with Fox News host Sean Hannity on an important personnel matter (giving new meaning to the term “state-run media”), is extremely titillating to us news-junkies.

However, the media should always remember that, no matter what is in these transcripts, it is at least largely, if not totally, irrelevant.

If the investigation into Russian interference in the 2016 election and the ensuing Mueller report proved anything, it is that facts, context, and the written word are now as antiquated as the rotary phone. We simply no longer live in a world where enough people have the time, ability, and interest to actually read, comprehend, and properly interpret something as dry as transcripts from lengthy congressional hearings.

In a country with tiny attention spans, lots of distractions, and large numbers of poorly educated citizens, the written word can no longer compete in an age where everything worthy of our precious focus happens live via video. Trump, who bolstered his fame as a reality TV producer, seems to understand this pathetic reality more than even the current producers of T.V. news (though, ironically and quite hilariously, the “Cult 45” members standing behind Trump at his rally in Kentucky last night were wearing T-shirts that said “Read the Transcript”).

Trump isn’t just relying on the inherent powerlessness of the written word to render the damaging testimony against him impotent. He is also, in an act so brazenly scandalous that for any other modern president it would have been unthinkable without at least significant evidence, alleging that the transcripts themselves may be altered by dirty Democrats trying to rig the process against him (which, since some of the testimony has indicated that the transcript of the infamous phone call with the Ukrainian president was actually altered, appears to be a classic example of Trump projecting).

So Trump fans will not read the transcripts, are consuming state-run media that won’t give proper weight or context to what is in them, and their God-King-President has already ordered them not to trust anything they hear about them anyway. Consequently, the transcripts will have no impact on the trajectory of the impeachment process.

Yes, in theory, the juiciest portions of what has been said behind closed doors will eventually be repeated in public and on camera. However, there are several problems with even that scenario.

First, there are not any “celebrity” flippers from within the Trump administration whose testimony would clearly warrant live T.V. coverage across all of the major networks. Only former National Security Advisor John Bolton would theoretically qualify but, while he has been asked to testify privately, there is no assurance even that will ever actually happen.

Second, even if/when the key testimonies occur on television, the Trump sycophants will maddeningly, immediately dismiss any “bombshells” as “old news” that was already known from the transcripts.

Third, now that Republicans in the Senate appear to already be adopting the last line of defense of “Sure there was a quid pro quo, but so what?!” there literally cannot be, even in theory, any true “bombshells.” GOP senators are now much like if the jury in the O.J. Simpson case who basically said, “Yeah, he killed those two people, but he’s our guy so we aren’t going to punish him.”

If this was a going to end up in a real trial where facts and testimony may actually matter, what is in these transcripts would indeed be very significant. However, that is not how the impeachment process is set up, and it is also no longer how our modern society operates.

When it comes to the Trump administration, as difficult as it may be for truth and substance-loving people to accept, I once again implore you to always remember that facts, logic, and context do NOT matter. This is largely because, at least until further notice, almost nothing in our politics really does.