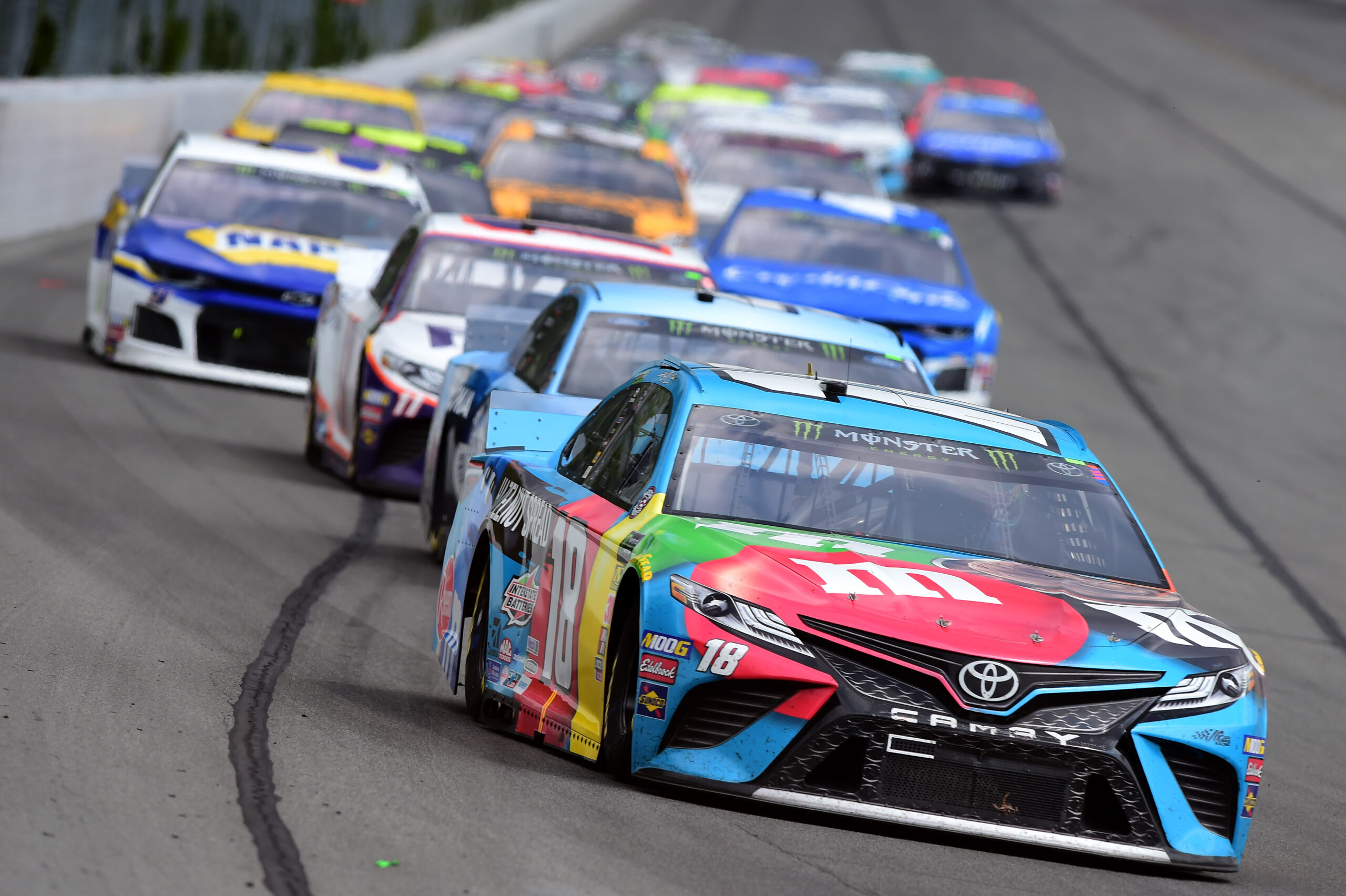 As reliably as children being fooled by Santa Claus, the news media has once again been duped by an obviously false story that fit their favorite narrative about race. Last year, it was the Jussie Smollett fiasco, on which I was one of the first media commentators to call out as lacking credibility, today, in a very different but similar story, we have learned that, contrary to an enormous amount of media outrage and moralizing, black NASCAR driver Bubba Wallace was not the victim of a noose-related hate crime.

For those who have somehow missed it, over the weekend NASCAR dramatically and declaratively announced that Wallace had been the target of a “noose” found in his garage at the Talladega speedway in Alabama. This was just before a high-profile race on that track that took place on Monday.

When I first heard of the story, I assumed that there must be a photo of the noose in question, and was very curious to see how someone could be both so incredibly awful, and well as insanely stupid, as to do something so horrifically racist to a black driver. It quickly became obvious, however, that there was no public photo, and my spidey senses began to tell me that something about this story was just not correct.

Here was my first of many tweets asking for people, and specifically the media, to please not rush to judgment on a story where there could be multiple other scenarios that make far more sense than the narrative which was been very widely reported, as if it was a certifiable fact. Not surprisingly, I was attacked on Twitter for the next two days for being, at best, stupid, and, at worst, racist.

However, the lack of a photo was so inexplicable that it appeared obvious to me that this could have been a misunderstanding (under the presumption that if the noose/scene was really unambiguous, we absolutely would have seen a photo immediately). In these times of extreme racial tension, and after NASCAR had just announced that they were completely banning the Confederate flag from their events, it seemed to me that someone may have seen a simple rope with an open knot at the end of it, panicked, and then once the “noose” narrative got started, there was no way to contain it, especially in this current media atmosphere (for context, there have been two noose stories here in California over just the past week which have turned out not to be hate crimes).

Unfortunately, the modern news media, particularly the sports media, does not pause for even a moment to consider other possible explanations, especially on stories that fit their agenda. ESPN in particular now appears to have only one gear, and no brakes, when it comes to reacting to stories which have either a racism or sexual abuse element to them.

So, led by ESPN, instead of doing basic journalism and waiting for at least some actual facts to come in, the entire industrial media complex rushed to judgment and allowed virtue-signaling to completely overtake any sense of rationality, or even basic common sense. It never even seemed to occur to them that, with track access extremely limited due to Covid, catching someone who did this would be incredibly easy and, therefore, someone who works in the NASCAR community would have to be willing to destroy their entire lives in order to make an incredibly stupid and racist gesture.

But having no photo, no rational theory for how or why this happened, and no suspect, is no longer any sort of hurdle for the modern news media to become deeply invested in an enticing narrative, no matter how nonsensical. In this case, given NASCAR’s perceived race issues, and the fact that this happened in Alabama, made it particularly easy for critical thought in the liberal media (and yes, the sports media is at LEAST as liberal as the “mainstream” media is) to be instantly thrown out the car window.

There are those who will, with sincerity, argue that this fiasco was actually NASCAR’s fault because they told the news media that this was a noose and that the FBI was now investigating. Didn’t the news media just understandably rely on what they were being told by an organization that would have no incentive to say that a noose was found in Wallace’s garage?

In short, no. And, moving forward, this might be the most important aspect of this entire controversy.

In my extensive and unique experience, there is very little that the modern news media is worse at than properly interpreting the self-interest of individuals and big-time organizations. In this case, NASCAR actually had a big incentive to embrace the “noose” narrative fully because the costs of not doing so, and being seen as weak in their response, would have been catastrophic, especially in this environment of heightened racial tensions.

In reality, if there was any sort of conspiracy here, it was likely that NASCAR jumped all over a narrative that they knew could be untrue (since it very quickly became apparent that ALL of the garages at Talladega had “nooses” — used to closed the garage doors, it seems unbelievable that no one there had a strong suspicion that this wasn’t really a noose), because they knew it would both protect them from what would surely be intense media attack, as well as promote a popular black driver. They may have purposely passed it off to the FBI to let them be the “bad guys” to tell the children in the media (who expressed “shock” all over Twitter after the findings of the easy investigation were announced) that it wasn’t actually real.

Sadly, but predictably, the answers to these important questions will likely all be negative. No one in the major media gets fired for being wrong in interpreting a news event anymore, at least not if they are incorrect in the woke direction, and the ratings for the story are good.

What happened here will surely happen again, especially in the sports world. Largely because those in the elite media, particularly white males, are so incredibly terrified of being cancelled for not being woke enough that they would much rather go along with the media herd and be proven wrong, than leave the protection of the media mob, and risk being run over, even if (especially?) they are right.