Hmm…The First to Have Nunes Memo Were All Conservative, Pro-Trump Media Outlets
Opinion

Hmm…The First to Have Nunes Memo Were All Conservative, Pro-Trump Media Outlets 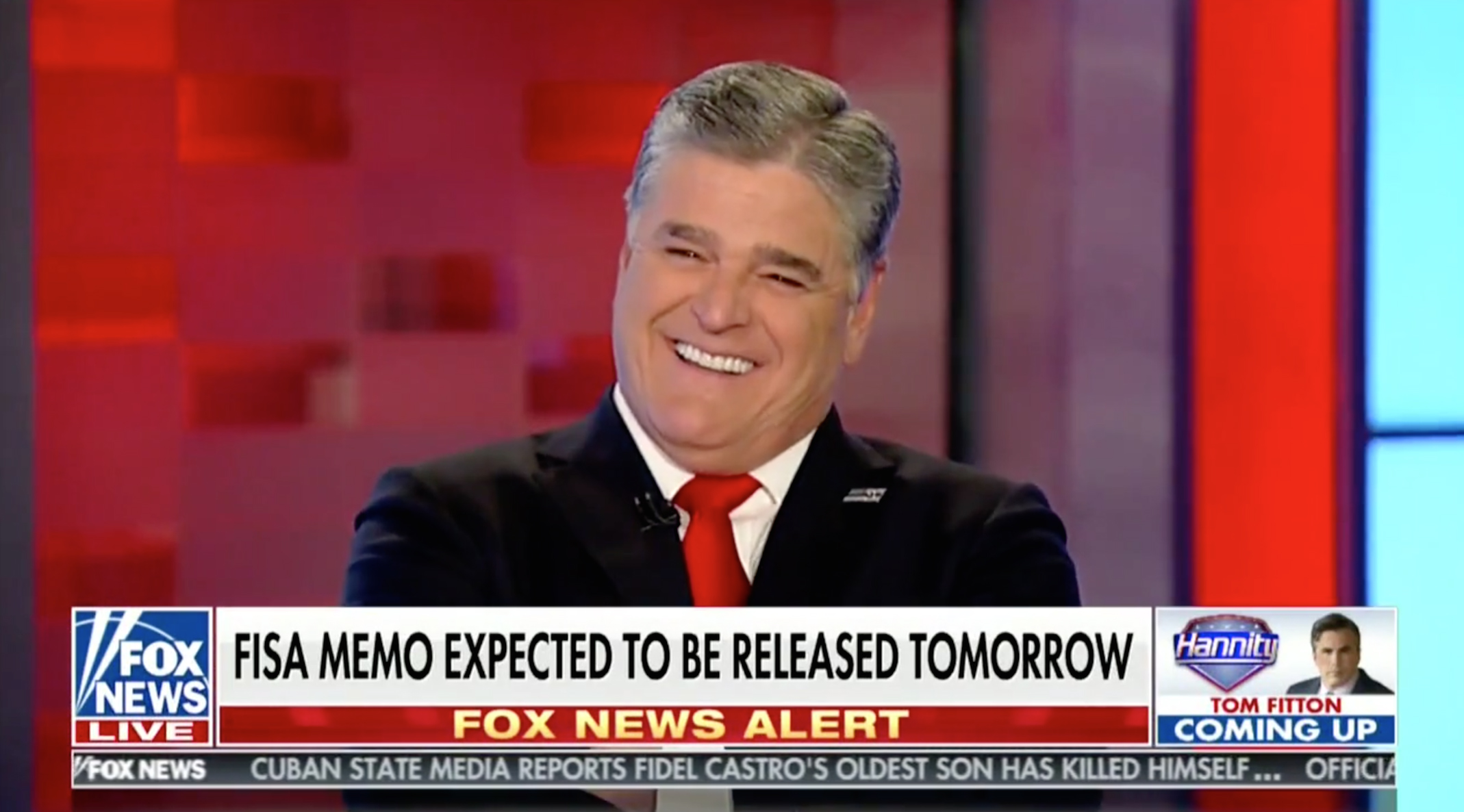 We all knew it was coming and now it’s here. President Donald Trump authorized the release of the Rep. Devin Nunes memo — which alleges the FBI was purposefully misleading regarding the Christopher Steele dossier, among other accusations — and it was made public just minutes later.

As we waited with bated breath for the memo to finally, finally be released, news of its exact contents was clear to several media outlets, long before mainstream media stalwarts such as CNN and MSNBC filed their reports.

So who got the memo first? Curiously enough, the first to have it were Trump-friendly Fox News and Trump-amorous Bryon York of the Washington Examiner.

That might not come as a surprise — Fox News’ opinion arm has been amping up the memo for weeks, with Sean Hannity leading the charge with his #ReleaseTheMemo hashtag.

As a matter fact, Hannity knew, almost within minutes, when Trump was going to declassify the memo and took to Twitter to tease its pending release.

Fox News chief intelligence correspondent Catherine Herridge broke news of the contents of the memo at around 11:49 am EST, nearly the exact time that the White House confirmed to reporters that Trump had approved the declassification of the memo.

And one minute earlier, York published a report on the Examiner providing a summary of the keys points contained within the memo:

But neither the Examiner nor Fox News were first to get their hands on the full memo. That honor went to The Federalist, a hot-take heavy conservative publication run by famed plagiarist Ben Domenech. The publication posted the full Nunes memo just after noon.

York, as expected, made the case against the FBI in his write-up on the memo, alleging they only conceded to release the memo’s underlying contents to the House Intelligence Committee after the “threat of contempt charges.”

“The FBI and Justice Department mounted a months-long effort to keep the information outlined in the memo out of the House Intelligence Committee’s hands,” he wrote, failing to note that the FBI is notoriously stingy when it comes to classified information, especially when it comes to an open case.

This apparently selective leaking of the memo and sneak peaks of its contents further casts the document as a thinly disguised partisan football, passed effortlessly from quarterback Trump to wide receivers York and Hannity.

So… looks like the House Intel Committee gave exclusive early memo access to Byron York and Fox News, ensuring that the initial coverage would be favorable. Draw from that what conclusions you will.

What we do know is that it was around 14 minutes after Fox and The Washington Examiner began covering the memo that the major news networks obtained access to it.

Why, it almost seems like Trump and the White House wanted to make sure they got some favorable coverage out there before journalists began doing the nefarious work of “reading” and “connecting dots.” And, of course, if the memo was still classified when any of these media outlets had it, that could make Watergate look like a snickers bar. Well not quite — but it would, of course, be illegal.

In the immortal words of the president, when asked if he was going to use the contents of the memo as an excuse to fire Deputy Attorney General Rod Rosenstein, “You figure that one out.”