Media Insists That Trump Insists Armenian Genocide Wasn’t Genocide. But It Was. Also He Didn’t. 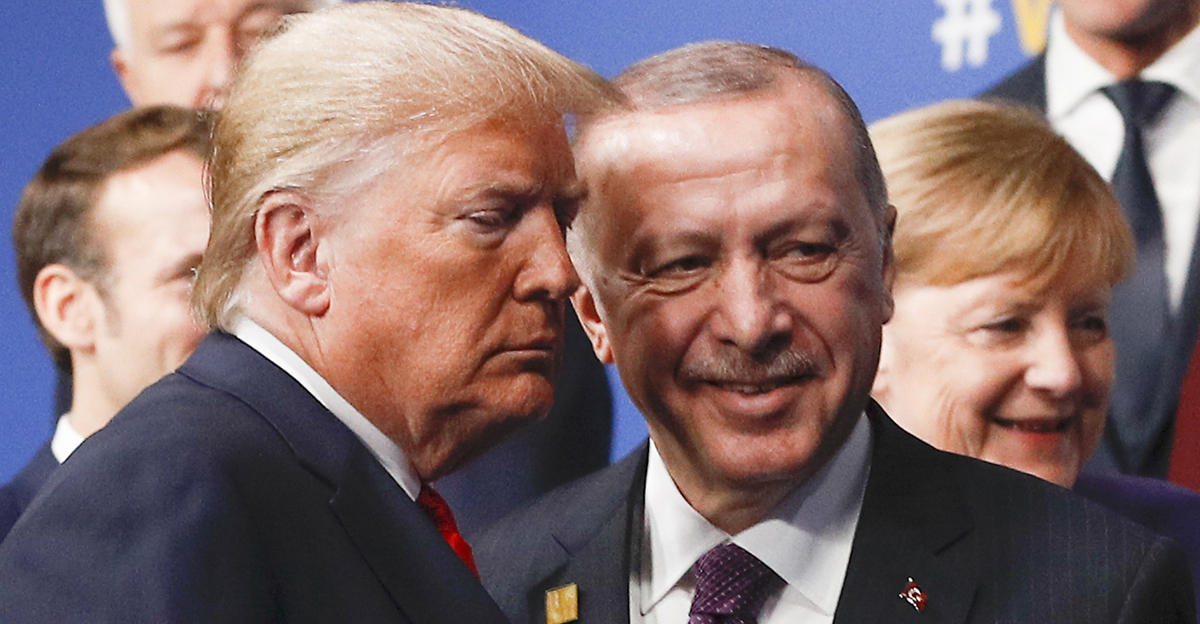 Trump says Armenia massacres were not genocide! That’s the headline news that roared across blue check social media on Tuesday afternoon, after the Trump administration declined to change its position despite a long-overdue resolution from the Senate.

“This is shameful,” said one tweet. “You can’t make this stuff up!” shouted another. And among non-verified accounts, the checks are less blue the language much bluer. And more peppered with Hitler references.

But the overarching message wasn’t “rejects” resolution or “fails to recognize”, but rather the specific and affirmative “Trump says Armenia massacres were not genocide, directly contradicting Congress,” taken directly from a BBC headline and tweet.

A very disturbing headline and quite a shocking thing for Trump to stake ground on. He must, as several blue check members of the media put it on Twitter, be “loyal” to Turkish President Recep Tayyip Erdogan.

But did Trump say that? DID he say the Armenian genocide was “not genocide”?

Here is the lede, from the BBC article.

The Trump administration has said it does not consider the mass killings of Armenians in 1915 to be a genocide, contradicting a unanimous vote by the US Senate.

…and here is the justification paragraph.

In a statement last April on the anniversary of the killings, Mr Trump said the US paid tribute to the victims of “one of the worst mass atrocities of the 20th century”, but he did not use the word genocide. Instead he encouraged Armenians and Turks to “acknowledge and reckon with their painful history”.

To put a point on this, the headline’s claim that Trump “says Armenia massacres were not genocide” is that the State Department did not change the official U.S. position regarding the genocide from what it has been for some time, and referred back to President Trump’s statement from April which failed to refer to genocide.

For clarity, it should be noted that the statement did characterize it as “one of the worst mass atrocities of the 20th century” and refer to it as “Meds Yeghern,” an Armenian term for the massacres which means “great calamity.”

Today, we commemorate the Meds Yeghern and honor the memory of those who suffered in one of the worst mass atrocities of the 20th century. Beginning in 1915, one and a half million Armenians were deported, massacred, or marched to their deaths in the final years of the Ottoman Empire. On this day of remembrance, we again join the Armenian community in America and around the world in mourning the many lives lost.
…
And we stand with the Armenian people in recalling the lives lost during the Meds Yeghern and reaffirm our commitment to a more peaceful world.

Interestingly, that term should be familiar to Maggie Haberman of the New York Times, whose tweet of the BBC’s take had even more Twitter reach than the original.

Why should the words in Trump’s statement be of particular familiarity to Haberman? Well because her paper made a point of defining “Meds Yeghern” a few years ago. When there was another statement from another president.

Here is part of that statement.

Today we solemnly reflect on the first mass atrocity of the 20th century—the Armenian Meds Yeghern—when one and a half million Armenian people were deported, massacred, and marched to their deaths in the final days of the Ottoman empire.
…
Today we stand with the Armenian people throughout the world in recalling the horror of the Meds Yeghern and reaffirm our ongoing commitment to a democratic, peaceful, and prosperous Armenia.

Yes, it was President Barack Obama’s statement. As Jake Tapper slightly acknowledged when sharing the inflammatory BBC headline, past presidents have toed this same sad line to appease the Turkish government.

But although the statements are remarkably similar, and Obama was the subject of a Politifact article and a Times explainer on the fact that he did not refer to it as genocide (despite promising to do so), no one would dream of arguing that Obama “said it wasn’t genocide.”

This is not a minor point. He did not “say” that “this isn’t genocide”, but that is the headline and that is what is being thrown around Twitter, fig leaf rationale or not. It is at best, generously, merely obfuscation. At worst, a deliberate misstatement. It is assuredly a prime example of the selective and carefully exclusive outrage of so many in the mainstream press. And it’s one that people will be loathe to correct, for fear that they’ll be accused of not wanting to call the genocide a genocide themselves.

And while there will likely be some defensive effort to make it specific or special to Trump in light of the Senate resolution — which magically found support once it was clear it could be used to bludgeon Trump — the fact that the statement they reference to make their case was issued long before today undermines even that effort to make it singular.

In closing, here are some tweets that demonstrate what’s at play far better than this writer could ever articulate it.

This is shameful. The Armenian Genocide is fact. Trump really is Erdogan’s plaything. Disgusted. https://t.co/24ZfXGIrEc

Trump says Armenian genocide was not genocide.
Fixed headline for you @BBCWorld https://t.co/5S902SbZro

No matter where you fall politically, this is some evil shit, man. Come on. Come the fuck on. https://t.co/AbqN5H22i3

Oh good. We’ve moved on to the Genocide is not Genocide evolution of Trump. https://t.co/nqk6062ccL

It has been an ongoing source of shame and regret that the United States has so long resisted this official recognition of the Armenian genocide as a genocide, under pressure from Turkey. The Senate finally getting a bipartisan resolution through on this was a big deal, and the fact that the State Department has refused to change its position, and that the Trump administration has once again pleased Erdogan, is another in a very long line of such disappointments.

But Trump didn’t say anything about it today, or in the wake of that resolution. Certainly not “this isn’t genocide” as the MSM is attempting to make it appear. You can’t make something up just because you’re angry, even if your anger is just.