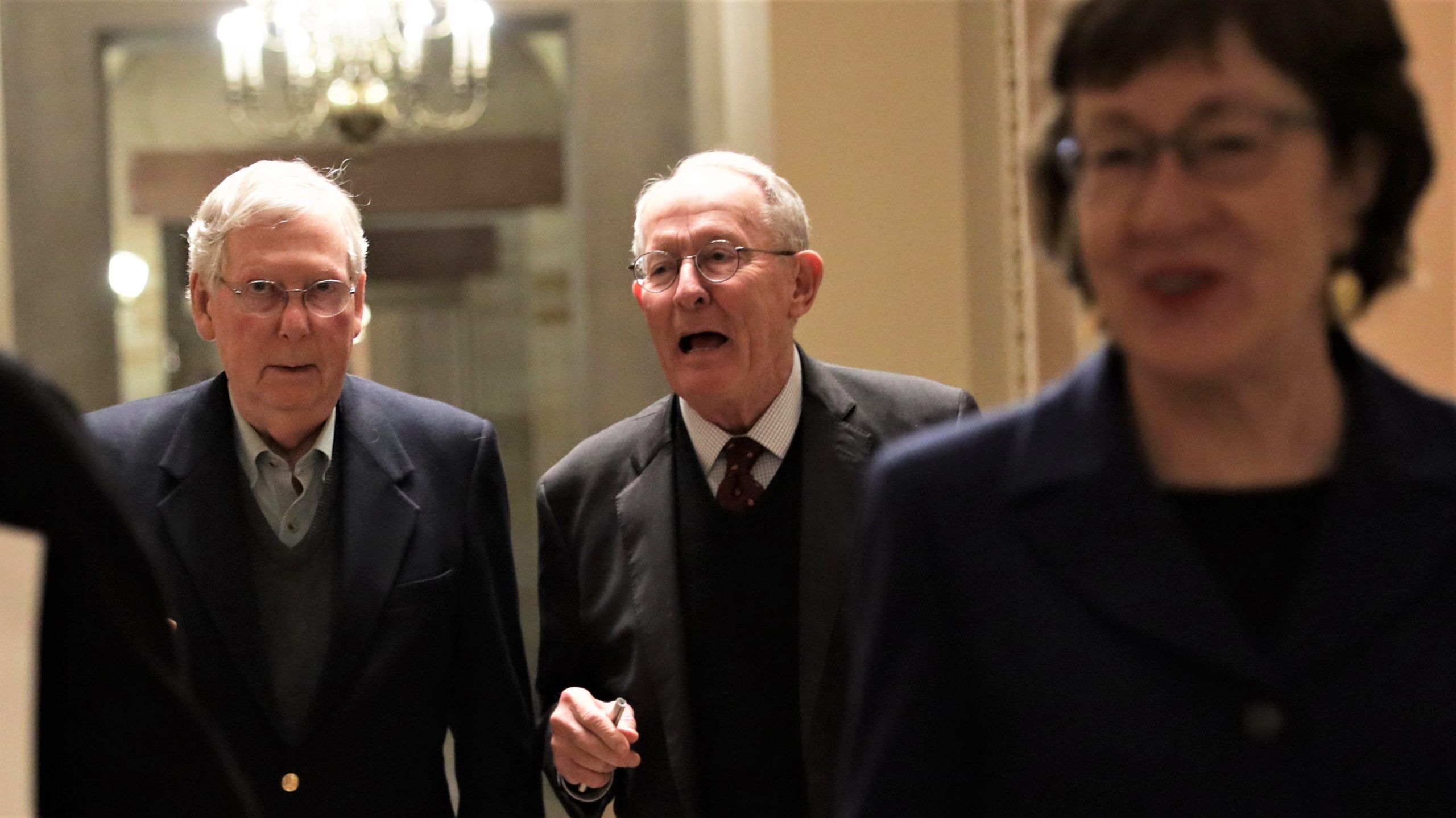 In the 30 years that I have worked in virtually every aspect of the media, I have learned to never be surprised by how dumb the majority of people in this business are, especially those who tend to spend a lot of time on television. I am still occasionally stunned, however, by just how incredibly naïve and gullible most of the news media can be, especially when it comes to situations where they fall in love with a nonsensical narrative.

Such was the case over the past couple of days on the issue of whether Republican Sen. Lamar Alexander was going to be the 51st vote in favor of allowing witnesses at President Donald Trump’s impeachment trial. Somehow, the news media almost universally bought the obviously absurd notion that a conservative from Tennessee, one of Senate Majority Leader Mitch McConnell’s best friends, was going go against him, the White House, and the entire state-run media industrial complex, all so that a trial where the fix was already in might be perceived historically as a little bit less of a sham.

To anyone with an objective and fully operating brain, this storyline was always a fairytale. But it was one in which the news media so very badly wanted to believe, so they suspended nearly all of their already dangerously diminished critical thinking skills.

If Alexander voted for witnesses, it meant that John Bolton would likely testify, which would create tremendous content and ratings for at least a couple of days. Plus, it would likely make Trump look worse than he already does, while maintaining the faux drama that the president might actually be removed from office.

The other enticing element of this narrative for much of the media was this — now sadly antiquated — romantic notion that there are still some politicians out there who are willing to do the right thing based on principle, even when doing so is against their own self-interest. Even Charlie Brown, trying to kick that annual Thanksgiving football from Lucy’s fake hold, is more in touch with the true nature of humanity.

For instance, Watergate relic Carl Bernstein was hopefully citing on CNN how Alexander reveres former fellow Sen. Howard Baker (R-TN), who helped bring down President Richard Nixon, and therefore may be poised to be a hero. Only to then rip him after it was finally revealed that the whole “I might vote for witnesses” tease was a just calculated scam, which played the news media for the fools they so often are.

In case you are wondering if this is all just 20/20 hindsight on my part, I tweeted on multiple occasions about the reality that Alexander was never going to vote for witnesses, which could further humiliate Trump, well before that reality became official.

Getting the media to set up his pal Lamar Alexander as the final arbiter of witnesses (thus giving more credibility to his vote) when he was always going to do what Mitch wanted, is an act of evil genius by McConnell. He has to be laughing at the media morons behind closed doors. https://t.co/gdKC04FWCq

It was always clear that McConnell was setting Alexander up for the role of the guy who, after careful and considerable contemplation, decided that it was somehow how in the best interest of the country for Trump’s impeachment trial to be the first in history to not have witnesses [and probably the only American trial of any kind to actively prevent a highly credible direct witness to what is being alleged from being allowed to participate in any way]. I doubt that even McConnell thought the media would buy this charade — intended to give Alexander’s pre-ordained cave-in far more credibility and gravitas — so blindly.

The popular theory that Alexander’s impending retirement gave him more freedom to buck the GOP establishment was almost laughable. Because Trump now owns the entire “conservative” power structure and may do so for many years to come, and because he is so famously vindictive, voting against his friend McConnell’s wishes would have made his post-Senate years far less cushy than they would be otherwise.

Sadly, in this era where political courage is somehow in even shorter supply than anti-Trump commentary on the One America News Network, such pedestrian considerations are given greater weight than what is in the best interest of the future of the country. A look at Alexander’s clearly contrived, rationalized, and written-long-ago statement [without even a damn press conference to explain it] makes it clear that his vote was never really in question.

Essentially, Alexander had a conclusion to which he wanted to come [no witnesses] and spent the entire trial coming up with a way to reverse engineer that outcome. Effectively, by claiming that Trump is guilty as charged, but that the allegations don’t merit impeachment, Alexander went to the obscene length of granting the president of the United States the power and protection from accountability of a king, all so he could avoid an uncomfortable vote for witnesses, which would not have changed the outcome of a bogus trial where the fix was always in [though, whether intended or not, he may have made it a little easier for Mitt Romney to vote to convict Trump].

This is such a horrendous exchange it is somewhat akin to saving the gas needed to drive to the hospital by getting in a bad car accident on the way there, and going the rest of the distance by ambulance. The weirdest part of this really bad deal for the country and our future is that it may also end up also costing the Republican Party politically.

It is my belief that a trial where there were witnesses and documents, and could therefore be plausibly called a legitimate process, would have been better for Republican prospects for holding the Senate in November [I actually think they agree with me, which would mean that they REALLY didn’t want Bolton to testify]. It also would have allowed Trump to more reasonably claim the inevitable “not guilty” verdict actually had some real meaning.

But now, only Trump’s “Cult 45” will believe he was in any way even remotely exonerated, and Democrats will be able to convincingly argue that the whole thing was a cover-up, especially when Bolton eventually has his say via his book tour. Whether this topic will still be at the forefront of the minds of voters nine months from now is not knowable, but logically, this issue should be a potent weapon against any vulnerable GOP senator running for reelection.

It would be quite ironic, and yet in keeping with the insanity of our times, that this latest GOP sellout to a corrupt conman cost them control of the Senate, but helped Trump win re-election by soiling Joe Biden, the person with the best chance of beating him.