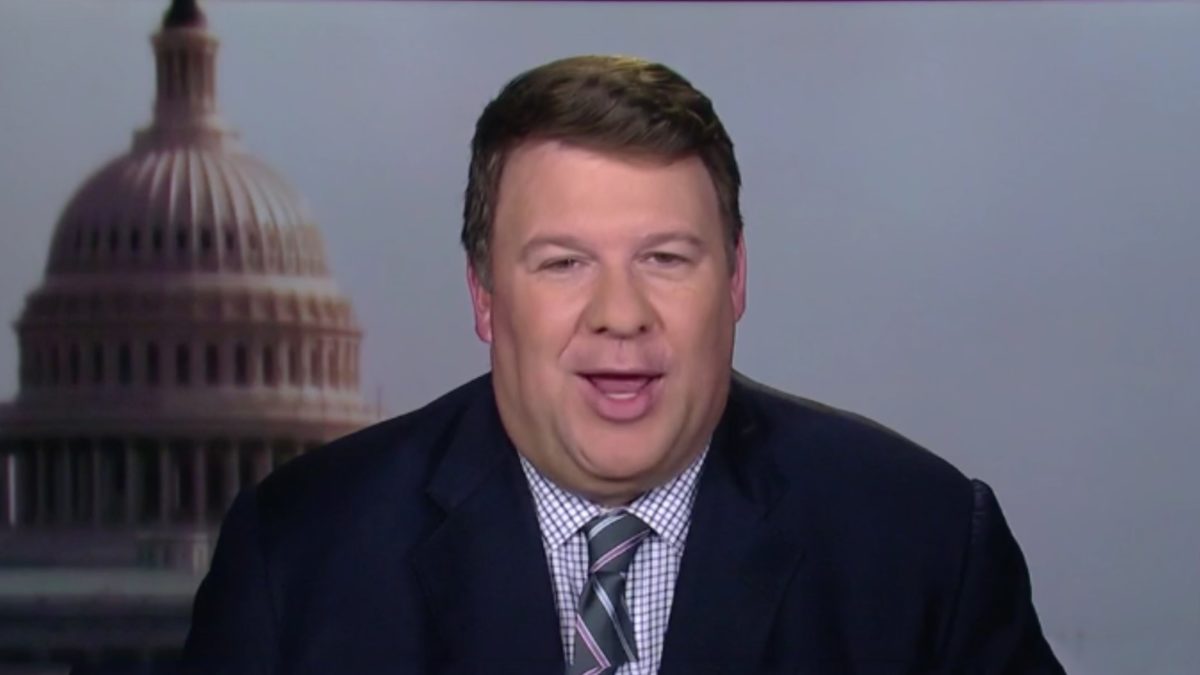 Critics tore into NBC News correspondent Jonathan Allen for saying impeachment witnesses lacked “pizzazz,” but defended himself by pointing out all the non-pizzazz-related things he wrote in the same story.

The tweeting public was in no mood for superficial coverage of the first day of impeachment hearings that could potentially remove President Donald Trump from office. Reuters correspondent and recently former White House Correspondents Association President Jeff Mason reaped a social media whirlwind for bemoaning the lack of “fireworks” at a hearing that featured bombshell testimony implicating Trump in a plot to extort a foreign government.

But it was Allen who captured the mood that nobody was in with a piece that took off with a tweet noting the alleged lack of “pizzazz” from diplomats William Taylor and George Kent.

The reaction was nothing if not pizzazz-filled:

A news outlets idea that impeachment hearings need “pizzazz” is exactly why so many believe the execs at big news media outlets want Trump to win in 2020. Trump’s been great for ratings aka the pizzazz they need to get viewers. This is the hard truth. https://t.co/mCt67PLBEA

Ambassador Yovanovitch better bring the pizzazz on Friday! I need jazz hands, a shiny sequin dress, a pep in her step and a smile on that face! Also, cow bell.

Analysis: Nuremberg Trials lay out disturbing details, but lack pizzazz necessary to capture public attention. Unlike the Blitz, which, like, totally persuaded people to get out of bed and pay attention to the nightly news.
— @jonallendc, Nov 20th, 1945, probably.

Please do not say pizzazz ever again

Yes. The pizzazz. That was the takeaway. Roadblack coverage on every network and cable channel. Lead every newscast and front page. Details about the President committing crimes. Pizzazz. https://t.co/mig2tlv2qh

had to read this for an assignment. analysis: consequential, but dull. lacked pizzazz. needs more pics of boobs pic.twitter.com/lNyso4XvMI

Are you fucking kidding me with this? https://t.co/FsmXJiLhiK

I think what you’ve missed is the primary purpose of journalism. https://t.co/SXSgsEXz3j

The focus on “pizzazz” was not limited to that tweet, or the identical sub-headline in the article. Allen made the point several times, and provided evidence of the public’s disinterest that included how the proceeding “felt.”

“But at a time when Democrats are simultaneously eager to influence public opinion in favor of ousting the president and quietly apprehensive that their hearings could stall or backfire, the first round felt more like the dress rehearsal for a serious one-act play than opening night for a hit Broadway musical,” Allen wrote.

He also claimed there were “no bombshells,” and referred to Taylor’s bombshell revelation of a previously-unreported Trump phone call as a “footnote.”

Allen took to Twitter to defend himself, and began by dismissing criticism from actor Bradley Whitford, then denying he was dismissing it.

My kids love you in “Adventures in Babysitting.” https://t.co/ivZRzf5kBm

That’s not snark. My kids love him in that movie, which they watch about twice a month.

It was genuine. They do. They watch it all the time.

I don’t really do snark. I do, however, try to find something nice to say to people who attack me on Twitter. So, have a good night. https://t.co/tBH2LLfBWZ

The theme of Allen’s defense essentially became that people should ignore the evidence-free “pizzazz” claim that he chose to highlight in favor of the substance he denigrated throughout the piece.

The first part of your last tweet is basically the second paragraph of my analysis. pic.twitter.com/UKcVLBUfzP

Paragraph two said the diplomats testified that the president ran a scheme against American interests.

Paragraph three said why $ for Ukraine is that interest.

Paragraph 5 says they said Trump subverted that interest, protocol and Democratic norms to serve himself.

I’m writing an off-news analysis 6 or 7 hours after the call — which was reported in many other places by NBC — was news. As a matter of whether POTUS abused power to benefit himself, it’s a minor data point, and the lawmakers didn’t drill on it! Grafs: 2, 3, 5, 12, 13 et al

Allen makes some decent points in his tweets about the importance of public outrage to the impeachment proceedings, but fundamentally misunderstands his role, which is not to guess at the public’s reaction, but to report the facts.

On that count, Allen fell short. While “bombshell” is subjective, his claim that Chairman Adam Schiff ” waited until the end of the hearing to explain to the viewing audience that Trump released the funding only after the whistleblower complaint that would expose his plot arrived at the White House” is misleading, at best. That fact was pointed out during the hearing, but by Rep. Raja Krishnamoorthi, not Schiff.

Perhaps journalists like Mason and Allen should report the facts with the gravity they deserve, and let the “pizzazz” take care of itself.