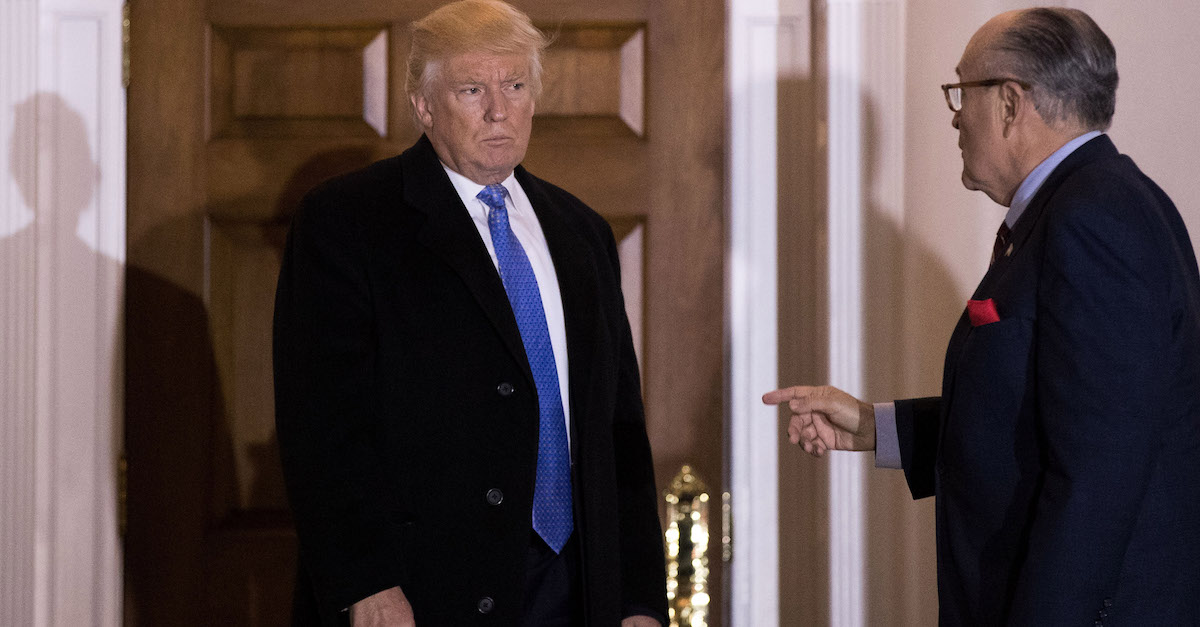 With the first public impeachment hearings kicking off Wednesday, it’s time that the Democrats in Congress — along with the media — start using the correct framing when discussing the issues surrounding President Donald Trump’s conduct that led us here. That is the only way that all Americans will fully grasp the seriousness of Trump’s decision to withhold military aid to the Ukraine until the Ukrainian government announced an investigation into Trump’s leading 2020 Democratic opponent at the time, Joe Biden.

Here are my suggestions on the way to frame issues to do just that:

But forget that academic debate. Focus on what the phone call truly is: Trump’s confession. As a lawyer, that’s the term for a statement a suspect freely gives that provides evidence they committed a crime(s). In the case of Trump, his own confession tells us that he first raised to Ukrainian President Zelensky the financial support the U.S. had given to Ukraine, stating that “the United States has been very, very good to Ukraine” but then adding, “I wouldn’t say that it’s reciprocal.”

Trump then famously stated, “I would like you to do us a favor though…” From there Trump didn’t raise what was in America’s interest. Instead, Trump asked for a favor for himself, pressing the Ukrainian leader to investigate Joe Biden and his son’s actions from 2016. (The fact Trump had never before asked Ukrainians to investigate the Bidens -despite the US giving hundreds of millions in dollars in aid to Ukraine in both 2017 and 2018- destroys Trump’s claim that this was about corruption and not the 2020 election.) Trump’s own confession makes the case for Trump’s impeachment and possibly criminal prosecution.

Trump again has created a framework where the debate over his conduct doesn’t sound criminal, but instead academic. (Remember his “no collusion.”) “Quid Pro Quo” is simply “this for that.” That’s not a crime in and of itself. But what is a crime is extortion, same goes for bribery. As former U.S. Attorney Barbara McQuade has laid out, the facts indicate Trump’s “using the power of his office to demand a thing of value, dirt on Biden, in exchange for an official act” of releasing military aid is “precisely the kind of old-fashioned corruption scheme that the bribery and extortion statutes were designed to punish.”

So forget “quid pro quo,” Democrats at the hearing should use the term extortion and bribery when discussing Trump’s actions. And hopefully the media will do the same when speaking to GOP defenders of Trump, so instead of asking “Was there quid pro quo?” they should ask questions along the lines of, “Do you defend Trump’s extortion of a foreign leader to help his 2020 reelection campaign?”

3. Trump’s withholding of aid likely resulted in Ukrainians being killed.

As The Los Angeles Times recently documented, at least 25 Ukrainians were killed on the front lines fighting Russian backed separatist militias since Trump withheld this much needed aid in mid-July. While we can’t draw a direct line between any one death and Trump’s holding back aid to extort Zelensky, there’s no doubt Trump knew that Ukrainians could die if he did that. Just look at the military support the US was providing Ukraine. As the U.S. Department of Defense announced in June 2019, the aid package included sniper rifles, rocket-propelled grenade launchers, counter-artillery radars and military medical treatment. And as Lt. Col. Alexander Vindman recently testified, this aid Trump withheld amounted to about 10 percent of Ukraine’s total annual military budget. This aid was vitally needed by the Ukrainians. But Trump didn’t care if Ukrainians died. He only cares about Trump, so he used it as leverage to pressure the Ukrainians to help his 2020 campaign.

House Democrats should make this point over and over. As various people testified, such as Laura K. Cooper, Deputy Assistant Secretary of Defense for Russia, Ukraine, Eurasia, whose testimony was released Tuesday, aid to the Ukraine was about the national security of the United States. Cooper testified, that the aid was provided to Ukraine in order “to deter further Russian aggression” which is in the “interest” of our nation. Trump undermined U.S. national security to help his 2020 reelection campaign.

It’s time the House Democrats and the media frame the issues around Trump’s conduct in an accurate way that informs our fellow Americans of the seriousness. Anything else would be allowing Trump to distract from his possible crimes, risking the lives of our Ukrainian allies and undermining our own national security.