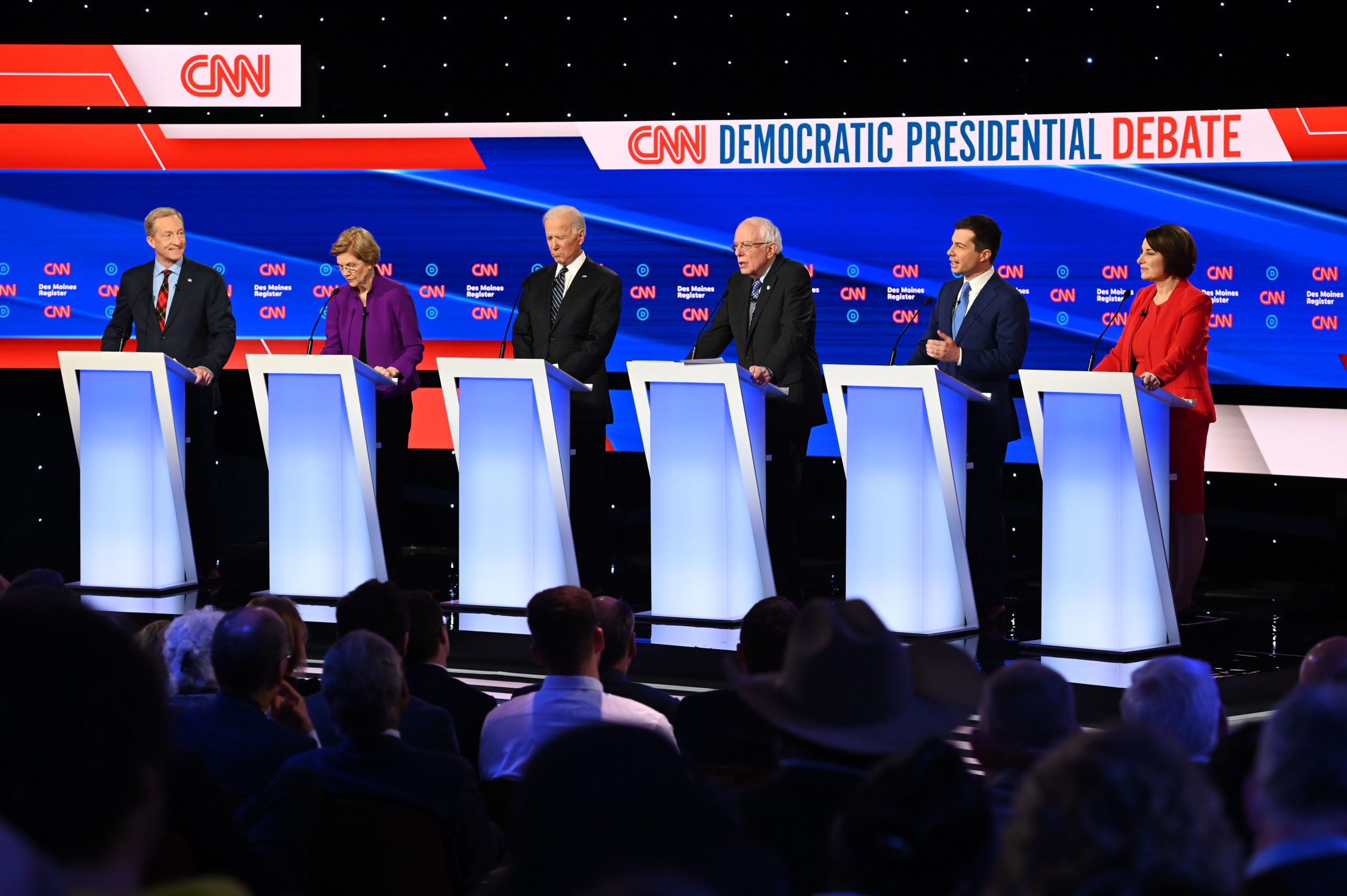 One of the biggest mistakes that political analysts, especially those who spend a lot of time on Twitter, often make is they assume voters are as engaged in the process as they, or their audiences, are. The reality is that, largely due to media fragmentation, as each election cycle passes, the “average” (more accurately, “median”) voter is even less educated in comparison to us news junkies, who have never had more information instantly available than what we can easily access today.

Consequently, at least half of the massive electorate for a presidential general election has been, whether we like it or not, paying very little, if any, attention to the race at this point. Any information they have gleaned from all the media coverage of specifically the Democratic contest has been largely by accident, and their base of knowledge would be roughly that of what the least enthusiastic person at the Super Bowl party you just attended possessed about the Kansas City Chiefs.

This is why, watching the Democratic race unfold as a Never Trump conservative who is solely rooting for someone reasonable who can prevent President Donald Trump from obtaining a second term, is so incredibly frustrating. It is obvious that the vast majority of Democrats simply want to know who the best person for that job is, but through very little fault of their own, they are not being given the proper information with which to make that critical determination.

Part of the blame goes to a gutless and compromised news media that, for various reasons, has no self interest in harshly vetting candidates like Bernie Sanders (he has a cult who will be pissed at them), Pete Buttigieg (he is gay and therefore it is not in the DNA of the liberal elements of the news media to be able to criticize him unless there is no other choice), and Michael Bloomberg (he is literally paying their salaries right now by spending millions in media advertising). But I mostly blame the pollsters who have been remarkably unimaginative and, frankly, overly politically correct, in their methods which have provided voters with mostly meaningless and deceiving data.

For context, many years ago I was briefly a polling analyst for the Quinnipiac University polling unit, and periodically I have commissioned three rather high-profile national polls of my own. Here are some observations about how the polling industry is badly failing Democratic voters who just don’t want to screw up what might be the biggest voting decision of their lives:

Specifically, pollsters should be testing not just a voter’s choice of candidate, but also their knowledge of critical facts about each person. They should also be “push polling” each option (providing potentially negative information about a candidate both before and after asking for their ultimate choice between a particular Democrat and Trump) to gauge whether a certain line of attack would likely be effective against them.

If pollsters provided/tested the following information about some of the most prominent Democrats, it would either validate some very legitimate concerns about them, or alleviate them. For instance…

I am very confident that at least the Trump campaign has already done polls exactly like the ones I am suggesting, but they obviously have a huge disincentive to make that information public, at least until it is too late for Democrats to adjust. But it is this data which could easily be the critical difference between Democrats serving up a lamb to Trump’s slaughter house, or them choosing someone like Amy Klobuchar, whose general election numbers, because she would not provide such easy lines of attack for Trump, might actually be significantly better in November than they would seem to be in February.

John Ziegler is a senior columnist for Mediaite. He hosts a weekly podcast focusing on news media issues and is a documentary filmmaker. You can follow him on Twitter at @ZigManFreud  or email him at johnz@mediaite.com