Mike Lindell to Steve Bannon: 'Trump Will be Back in Office'

MyPillow CEO Shouts Over Steve Bannon in Wild Rant: ‘Donald Trump Will be Back in Office in August!’ 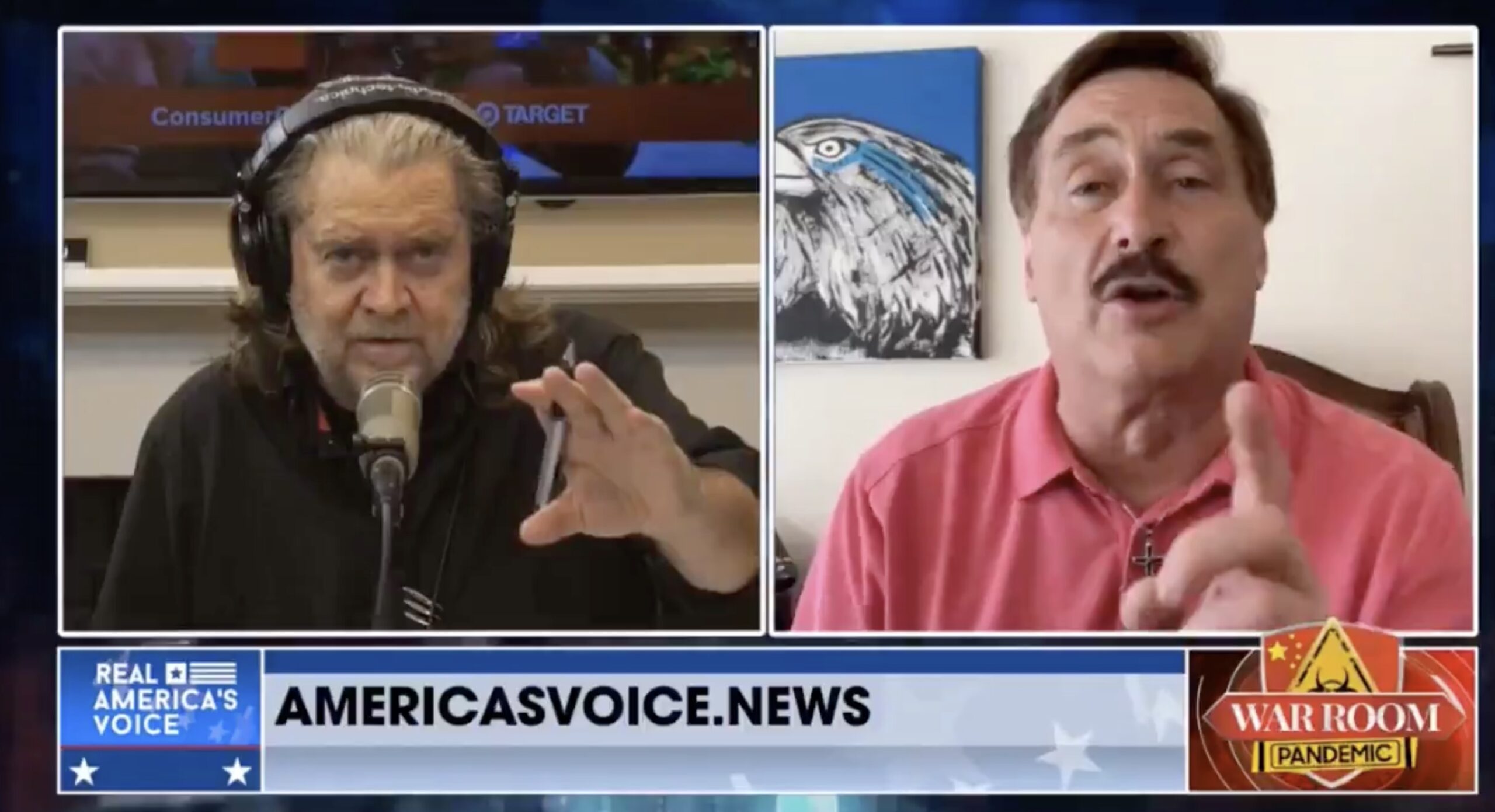 MyPillow CEO Mike Lindell insisted that “Donald Trump will be back in office in August,” vowing to file a lawsuit that will confirm evidence of voter fraud during the 2020 election.

Lindell made the remark while appearing on Steve Bannon’s WarRoom Pandemic podcast:

Mike Lindell declares that as a result of voter fraud lawsuit he’ll soon be filing, “Donald Trump will be back in office in August.” pic.twitter.com/5Ewtd9SZ1O

“What I’m talking about, Steve, is what I’ve been doing since Jan. 9th,” Lindell said. “All the evidence I have — everything is going to go before the Supreme Court and the election of 2020 is going bye-bye.”

“It was an attack by other countries, communism coming in,” he baselessly added. “I don’t know what they’re going to do with that after they pull it down.”

Bannon attempted to cut in, but Lindell continued, eventually claiming, “Donald Trump will be back in office in August!”

The MyPillow CEO also railed against Dominion Voting Systems while speaking to Bannon. The company is suing Lindell for $1.3 billion dollars — accusing him of baselessly disparaging their voting machines.

Lindell questioned why Dominion did not simply let people “look inside their machines,” claiming he would let people look inside his pillows if there were people alleging they were filled with rocks.

“A five year old can figure out they’re hiding something,” he added, despite the lawsuit.