CNN Commentator Fries Rep. Cohen For KFC Stunt: Just When You Think Our Politics Can’t Get Any Dumber’

CNN Commentator Fries Rep. Cohen For KFC Stunt: Just When You Think Our Politics Can’t Get Any Dumber’ 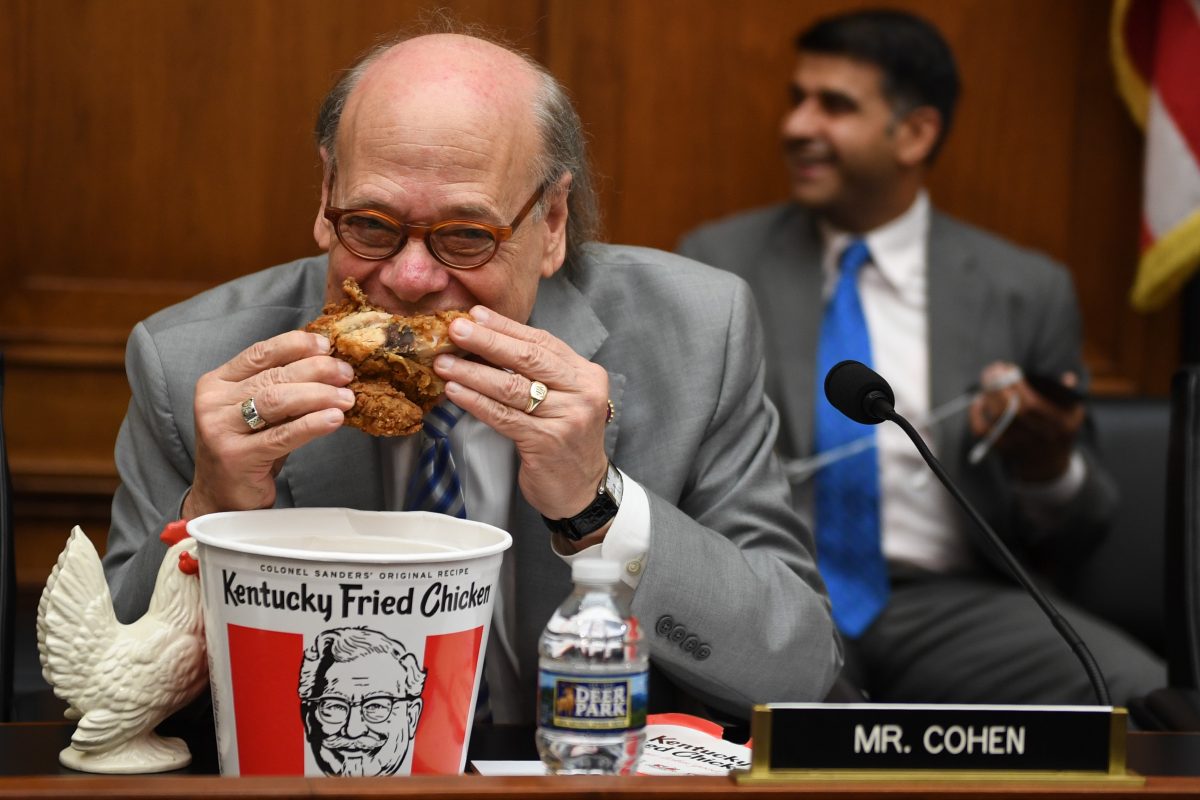 CNN political commentator Douglas Heye is not just an ex-deputy chief of staff to Eric Cantor and GOP strategist, but he also has is the sort to have very little patience for dump political stunts like that pulled off by Rep. Steve Cohen on Thursday.

For those blissfully unaware, Cohen played the fool Thursday morning during a brief House Judiciary Committee hearing cut short by the absence of Attorney General William Barr. Cohen called Barr a “chicken” for skipping the hearing, then brought a ceramic chicken and a bucket of KFC as props to make that point. He then mugged media who took photos of the Representative presumably delighted by the attention.

Just when you think our politics can’t get any dumber, along comes a congressman with some chicken.

Rep. Steve Cohen, a Democrat from Tennessee, turned up at Thursday’s House Judiciary Committee hearing intent on mocking Attorney General William Barr, who failed to make an appearance after a dispute over the questioning format. Cohen enjoyed a helping of Colonel Sanders’ finest at around 9 a.m. and later told reporters, “Chicken Barr should have showed up today… It’s a sad day in America.”
But a bucket of chicken was not enough! Cohen was armed with another prop — a ceramic chicken — in case anyone missed the sublime subtlety of his stunt.

Heye went on to admit that Cohen’s stunt successfully got attention, but it was ostensibly the wrong sort of attention, and more importantly, signaled that “perhaps the hearing was designed to be more of a farce than a serious inquiry.”

CNN often gets criticized for a partisan approach to political news, but that observation overlooks that in the cable news ecosystem, CNN is often the one outlet that regularly features dissenting opinions and debate. Heye’s column serves as useful evidence that CNN is willing and eager to promote fair criticism on all sides of the political spectrum.