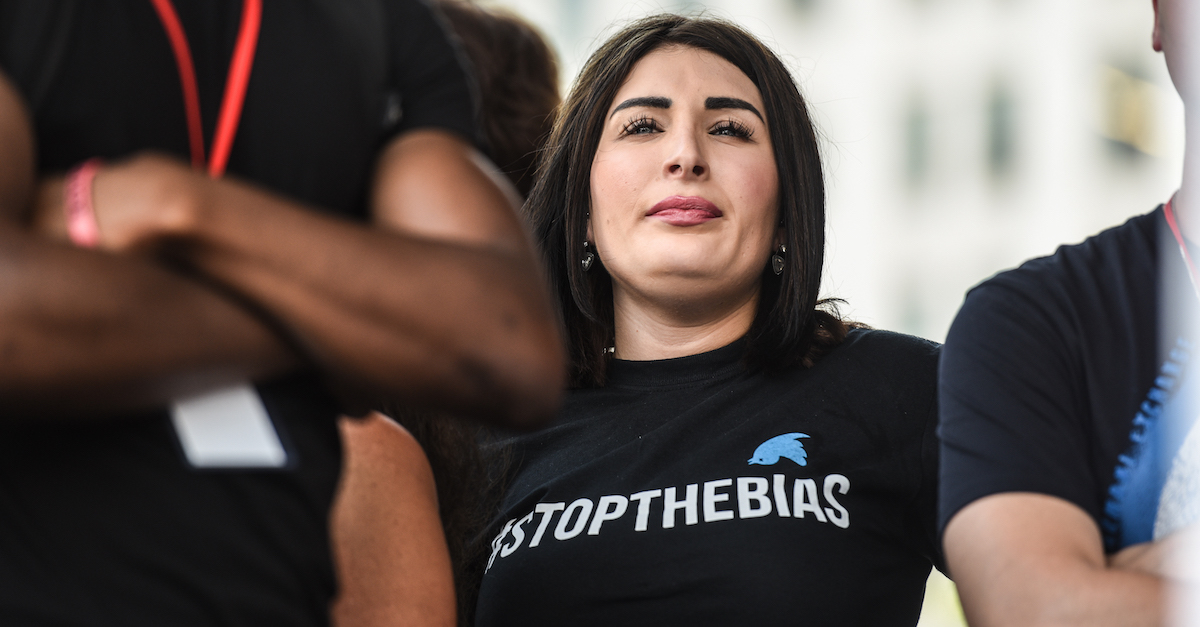 She cheered on the deaths of thousands of refugees. She called Islam a “cancer on society.” She said it should be illegal for Muslims to serve in the U.S. government. She was banned from Uber for refusing to ride with Muslim drivers.

Now, banned from every major social media platform, Laura Loomer is seeking the spotlight in a new way. The pro-Trump troll is running for Congress in a seat she’s never going to win. But she has support from some prominent figures: one sitting Congressman and one Fox News host.

“I fully endorse Laura Loomer in her quest for Congress,” tweeted Rep. Paul Gosar (R-AZ). “She has proven herself to be an army of one and embodies fearlessness.”

Loomer, when she was still a pervasive presence on Twitter, was known as an anti-Muslim activist with a large following. She was eventually banned from Twitter, Facebook, Instagram and even Uber — after declaring her refusal to ride with Muslim drivers.

In a 2017 tweet, Loomer cheered on the deaths of 2,000 refugees who died crossing the Mediterranean, writing, along with a clapping hands emoji: “Good… Here’s to 2,000 more.”

The tweet is available here via the Internet Archive’s Wayback Machine.

Earlier this year, she said that Islam is a “cancer” and argued it should be illegal for Muslims to seek political office:

“Love this. Go Laura!” he wrote in another tweet.

While Hegseth has never shied away from expressing his political opinion, fundraising for a candidate is a rare move for a Fox News host.

“You host a popular morning news show that covers both political parties,” commented New York Times journalist Michael Barbaro in response to Hegseth. “This breaches every ethics rule in journalism.”

Hegseth has breached every ethics rule of journalism before. In May, he lobbied President Donald Trump on air and in private conversations to pardon several servicemen accused of war crimes. The brazen effort infuriated executives at Fox News, as Mediaite reported at the time, though it’s unclear Hegseth faced any repercussions.

Fox News declined to comment when reached by Mediaite.

Embarrassing even for the already low standards of Fox and Friends weekend hosts. pic.twitter.com/AD4BiwFdDq

Hegseth did not delete his tweet exclaiming “Go Laura!”