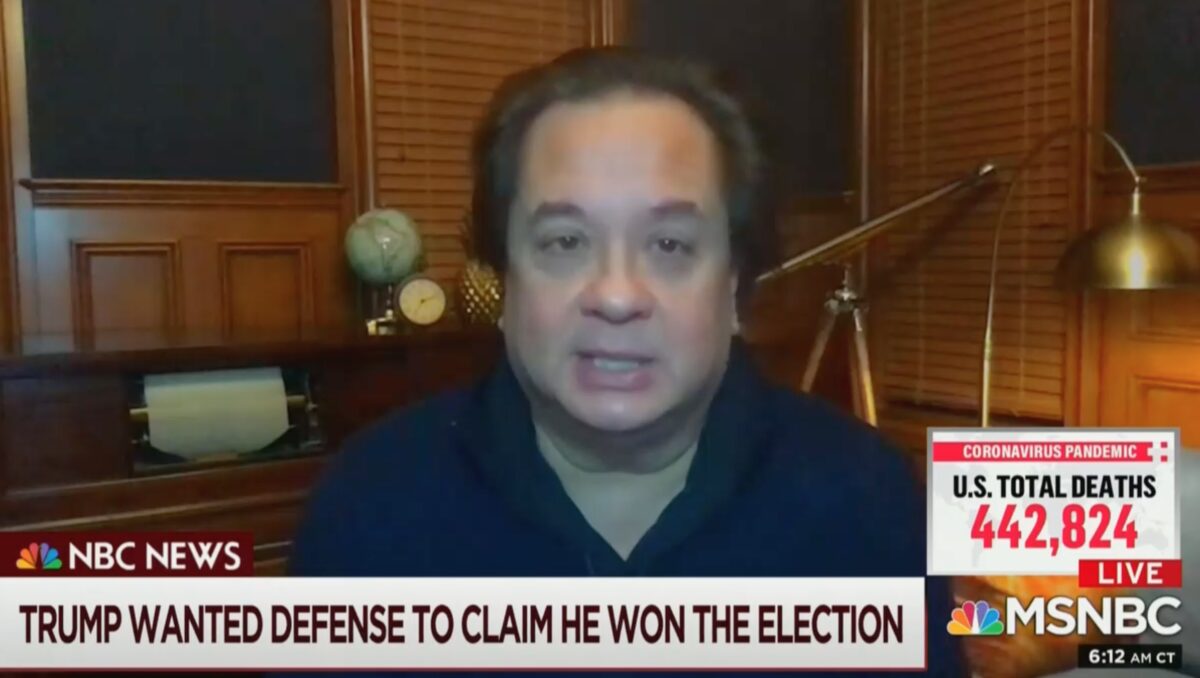 George Conway, a Lincoln Project co-founder who left the group last August, denied that he knew about the allegations against John Weaver, after a new report found leadership of the group new about the claims as early as June 2020.

The Never Trump organization has been under fire since a raft of reports detailed allegations that Weaver, another co-founder, asked multiple younger men for sexual favors in exchange for professional advancement. He admitted to “inappropriate” communications with men, but said he believed the interactions were consensual.

On Wednesday, the Associated Press reported that Lincoln Project leadership have known about the harassment allegations against Weaver since June 2020.

The AP reported: “In June 2020, members of the organization’s leadership were informed in writing and in subsequent phone calls of at least 10 specific allegations of harassment against co-founder John Weaver, including two involving Lincoln Project employees, according to multiple people with direct knowledge of the situation.”

“Despite the early warning, the group took no action against Weaver and pressed forward with its high-profile work,” the report continued. “There is no evidence that the Lincoln Project buried the allegations against Weaver for business reasons. But taken together, the harassment allegations and new revelations about spending practices raise significant questions about the management of one of the highest-profile antagonists of Trump.”

Former Republican strategist Steve Schmidt, a Lincoln Project co-founder, denied that anyone who worked at the company ever made an allegation about “inappropriate sexualized communications” with Weaver:

Conway left the group in August. He called Weaver’s conduct “appalling” earlier this month, and in a series of tweets on Thursday denied knowing about the allegations before the November election.

“No one ever told me of these complaints being made to the Lincoln project, and the first I ever heard that Weaver may have done anything questionable were rumors I heard well after the election, and long after I ceased active involvement with the organization,” Conway wrote in a series of tweets. “I am disappointed in the handling of Weaver, if this report is accurate, and hope it does not detract from the fine work that so many people did on behalf of the Lincoln Project to help rid the country of the scourge of Donald Trump.”

And I never received anything of value from the Lincoln Project, save for one very nice $169 Rode NT-USB condenser microphone, which Ron Steslow kindly provided to me for podcasting.

I don’t begrudge those who did receive fair compensation for their work; they were political professionals who formed a tremendous team that did amazing work, from top to bottom, from start to finish. And I’m proud to have helped do whatever I could to defeat Donald Trump.