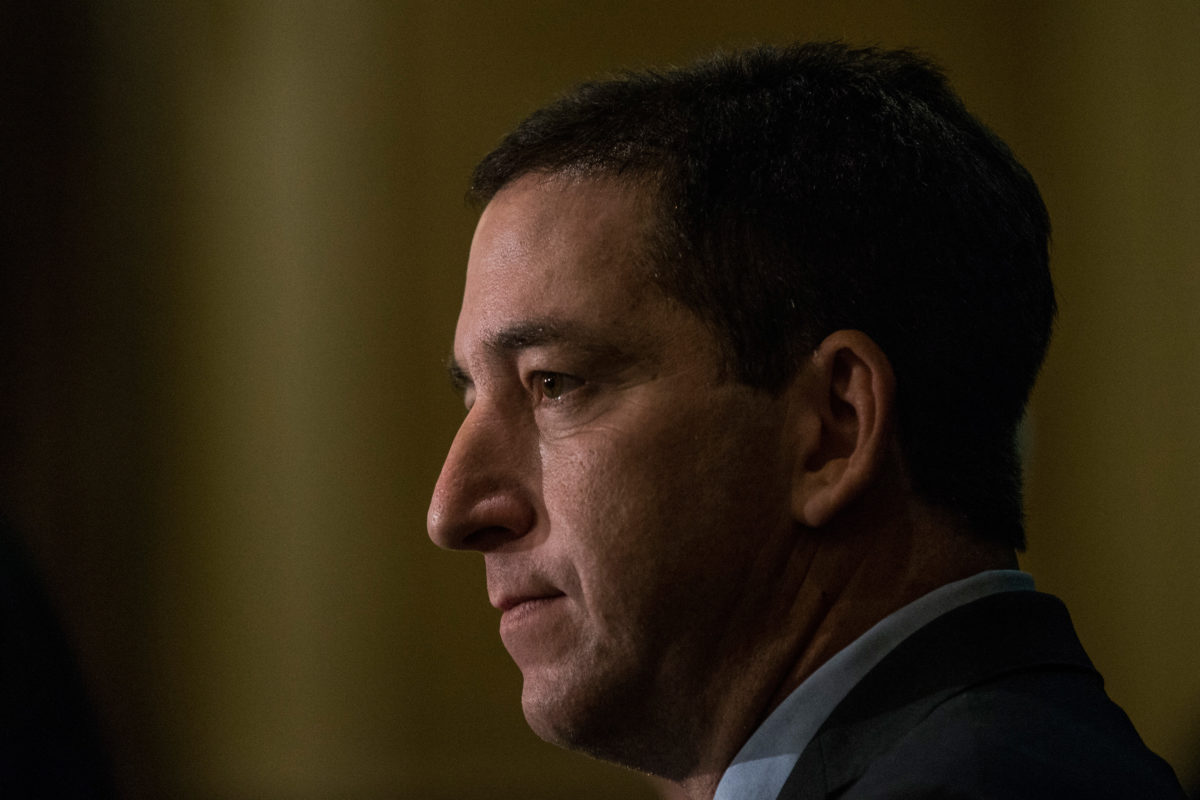 Left-wing journalist and author Glenn Greenwald criticized the Democratic Party’s “weird retrograde Cold War obsession” in an interview with the Daily Caller this week, claiming “no one cares about” the Trump-Ukraine scandal when there’s “stagnating wages,” student debt, and no health care.

“Basically, what has the past four years of Trump’s presidency been dominated by? Russian and Ukraine — like do you think people in the key swing states wake up in the morning and give the slightest thought to like, what Putin is doing?” Greenwald declared to journalist Justin Caruso.

“Or whether the U.S. is like, sufficiently arming Ukraine, or who knows who the ambassador of Ukraine is or who gives a f*ck if Trump wanted to fire him?” he continued. “Or like, Lev Parnas, or whatever that guy’s name is who gave that interview to Rachel Maddow, that everyone can’t stop talking about now?”

Greenwald then questioned, “What do the Democrats stand for… some kind of weird retrograde Cold War obsession that no one cares about?” before noting that these issues are unimportant to Americans who are “struggling with student debt and having to work two or three jobs that don’t provide health care” and “shitty stagnating wages.”

In the interview, Greenwald also claimed to “now feel equally at home” with “what’s called conservative media” as liberal media, though noted he doesn’t “think one is better than the other.”

Greenwald was charged with “cybercrimes” in Brazil last week, following his investigative reporting which the New York Times claimed “embarrassed prosecutors and tarnished the image of an anti-corruption task force.”