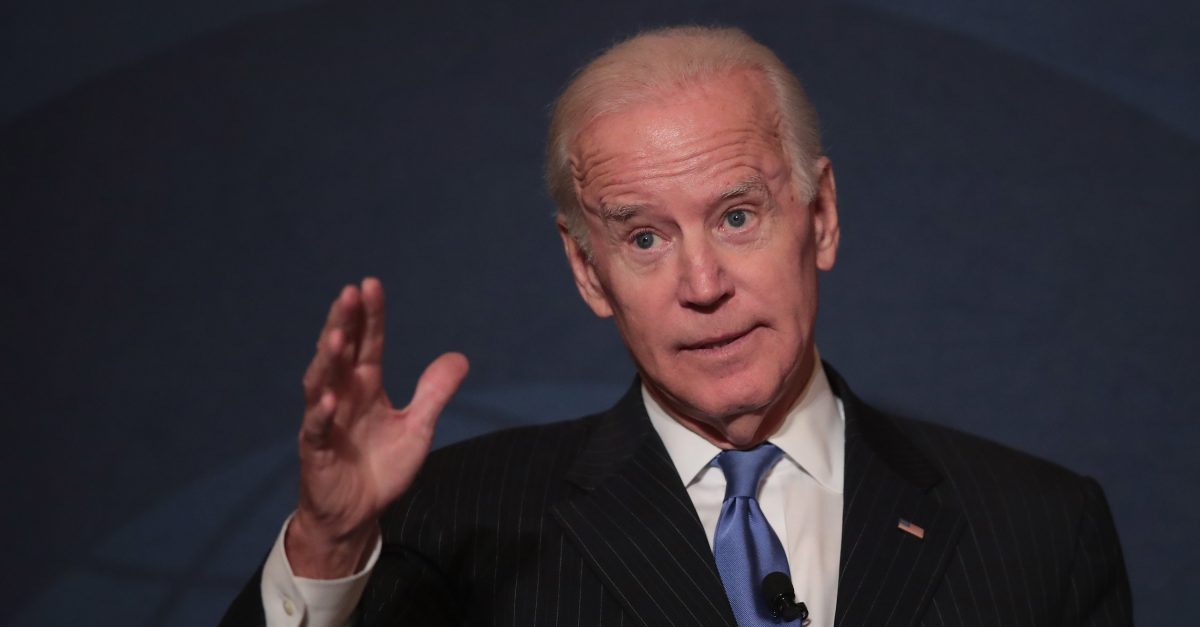 Joe Biden took to Twitter Thursday to join various other Democrats who have outed Amazon in light of reports that the company paid no federal taxes in 2018.

I have nothing against Amazon, but no company pulling in billions of dollars of profits should pay a lower tax rate than firefighters and teachers. We need to reward work, not just wealth. https://t.co/R6xaN3vXGT

“We need to reward work, not just wealth,” Biden said. But Amazon countered that their wealth is creating work:

We’ve paid $2.6B in corporate taxes since 2016. We pay every penny we owe. Congress designed tax laws to encourage companies to reinvest in the American economy. We have. $200B in investments since 2011 & 300K US jobs. Assume VP Biden’s complaint is w/ the tax code, not Amazon. https://t.co/uPUv1Tzlma

This comes amidst reports that 60 Fortune 500 companies avoided all federal income taxes in 2018.

Amazon nearly doubled its pretax income in 2018, totaling $10.8 billion, yet did not pay any federal income taxes. “No company pulling in billions of dollars of profits should pay a lower tax rate than firefighters and teachers,” Biden continued.

However, Amazon’s tax returns are private. These numbers rely on “current provisions” released for accounting purposes.

Trump tax cuts in 2017 expanded corporate tax breaks and cut corporate rates to 21%. It allowed corporations to expense their capital expenditures in order to encourage investment and innovation and to create jobs.

If the tax rate had been paid in full, without taking advantage of tax loopholes, it would have set Amazon back $2.27 billion in 2018. Instead, Amazon reported a federal income tax rebate of $129 million, meaning Amazon paid -1% in federal taxes, bringing Amazon’s earnings up to $11.2 billion.

“Because we are in a low-margin industry and invest in innovation and infrastructure, we don’t make as much pretax profit as other tech companies, so our taxes are lower,” Amazon said in a statement. And it’s true — in 2o17 Amazon spent $23 billion on Research and Development, more than any other U.S. company.  This is one major deduction Amazon in the tax code the company used to pay negative federal income tax.

This also doesn’t mean that Amazon didn’t pay taxes. In 2018, Amazon paid $1.2 billion in taxes, but these could have been local, state, or international income levies. They were not considered in reports that Amazon paid $0 in taxes.

Bottom line: The real argument is whether tax loopholes to spur job growth and investment are worth sacrificing the federal tax money a straightforward rate could offer.