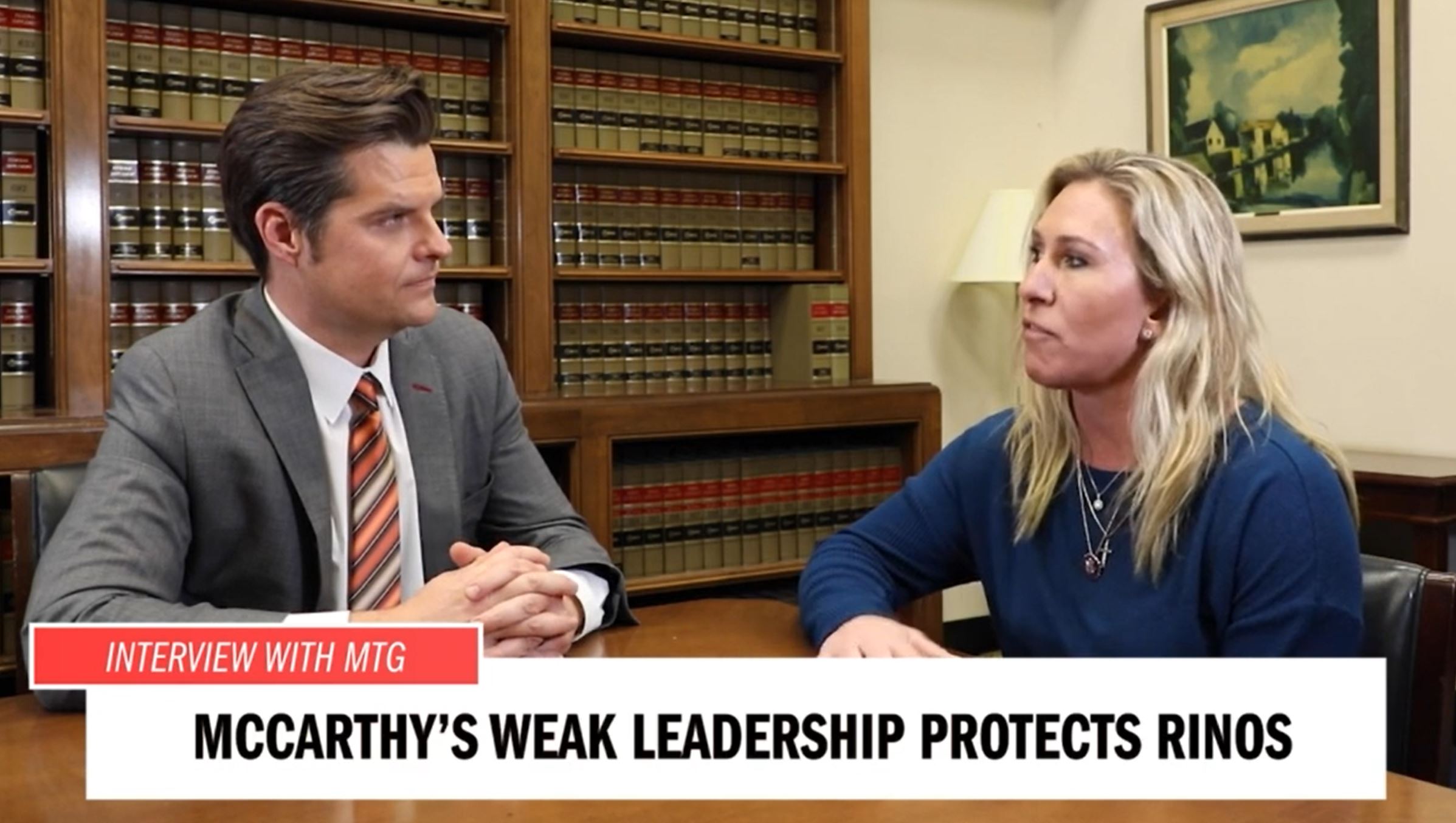 Rep. Matt Gaetz (R-FL) has a podcast now, called Firebrand. He was joined by fellow pro-Trump stalwart Rep. Marjorie Taylor Greene (R-GA), who weighed in on the growing battle within the Republican Party — suggesting that House Minority Leader Rep. Kevin McCarthy (R-CA) “doesn’t have the votes” to become speaker if the GOP flips the House in 2022.

Greene’s comments come on the heels of a recent report claiming that former President Donald Trump is keeping McCarthy on a short leash, leveraging his support for McCarthy’s speakership bid to keep him in line.

CNN’s Melanie Zanona wrote Wednesday that “if Trump were to publicly or even privately come out against McCarthy — or encourage someone else to challenge him — it would almost certainly create a math problem for McCarthy.”

She went even further saying that in order to support McCarthy in the future she would need him to meet specific demands regarding purity in the party.

Greene said she wants Reps. Liz Cheney (R-WY) and Adam Kinzinger (R-IL), who she deemed “traitors” for joining the House committee investigating the January 6th insurrection, kicked out of the Republican Conference.

Cheney, who was the chairwoman of the conference until a recent vote removing her from GOP House leadership after he vote to impeach Trump, has been a vocal critic of Greene.

Gaetz agreed, saying, “Cheney was essentially stripped of her membership in the Republican Party because Republicans in Wyoming are so offended she would even have the nerve to call herself a Republican.”

Greene went on to say that Rep. John Katko (R-NY), who voted to pass the recent infrastructure bill, “is not a Republican, he’s a Democrat.”

Greene blasted the National Republican Congressional Committee (NRCC), saying, “The NRCC needs to stop playing this majority-maker game” in which the party protects and elevates moderates to positions of power on committees.

She went on to suggest that Katko be stripped of his committee roles – which includes Ranking Member of the House Homeland Security Committee. Gaetz agreed, saying he wants “all thirteen turncoats” who voted for the infrastructure bill stripped of committee assignments.