Mike Huckabee Rips Romney for Reaction to Mueller Report: ‘Makes Me Sick’ That You Could’ve Been POTUS

Mike Huckabee Rips Romney for Reaction to Mueller Report: ‘Makes Me Sick’ That You Could’ve Been POTUS 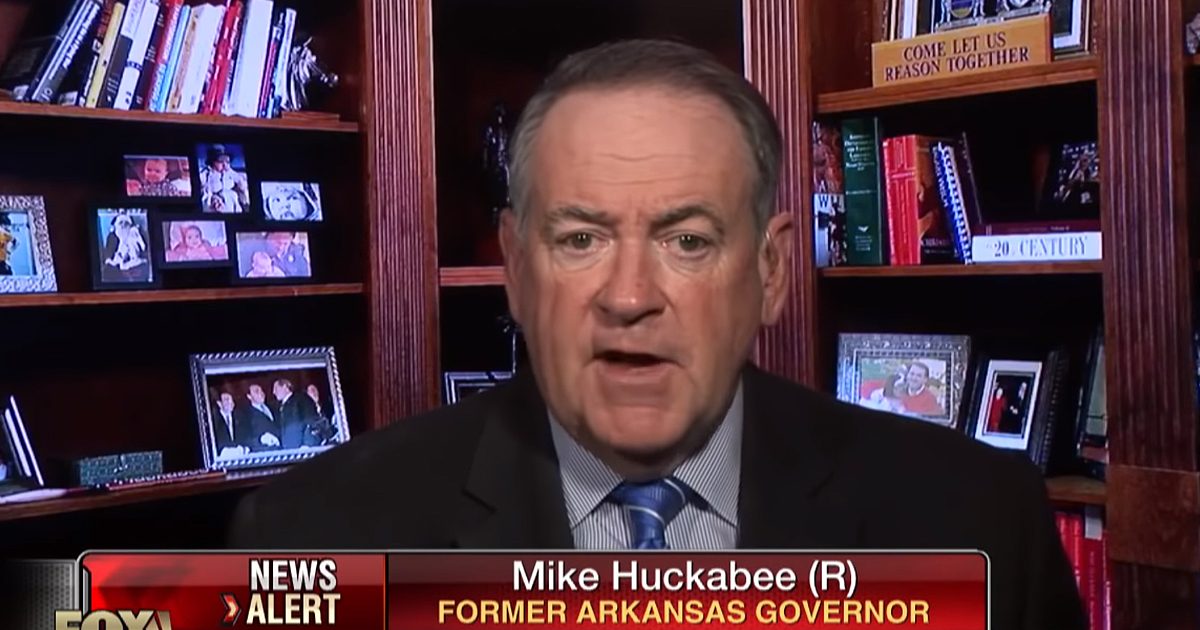 Mike Huckabee ripped Mitt Romney for his criticism of the Trump administration after the release of the Mueller report.

Romney said in a statement Friday he’s “sickened” by the amount of “dishonesty and misdirection by individuals in the highest office of the land, including the President.”

Huckabee responded yesterday by saying it “makes me sick” that he could have been president:

Know what makes me sick, Mitt? Not how disingenuous you were to take @realDonaldTrump $$ and then 4 yrs later jealously trash him & then love him again when you begged to be Sec of State, but makes me sick that you got GOP nomination and could have been @POTUS https://t.co/dmidOraRGQ

Huckabee went after Romney before blasting White House correspondent April Ryan for saying his daughter Sarah Sanders should be fired, accusing her of “incitement to murder” for saying “She should be let go. She should be fired, end of story. When there is a lack of credibility there, you have to start and start lopping the heads off.” Ryan responded by bringing up past comments he made about her being “gutted like a deer.”

Today Huckabee continued going after Romney and called him a flip-flopper:

There were some Republicans (like Mitt) who really didn't understand what the Mueller report revealed, but to be fair, there are some Dems (like @Mark_Penn ) who completely understand. His column is sobering and courageous. https://t.co/rPC0BOurie

More context-rivals in 08 for sure but in 2012 I campaigned across USA for him, spoke for him at RNC. He doesn’t have to like @realDonaldTrump as a lot of elitists don’t. But we need flip-flops on the beach, not in the Senate. https://t.co/vv2OkZvasL