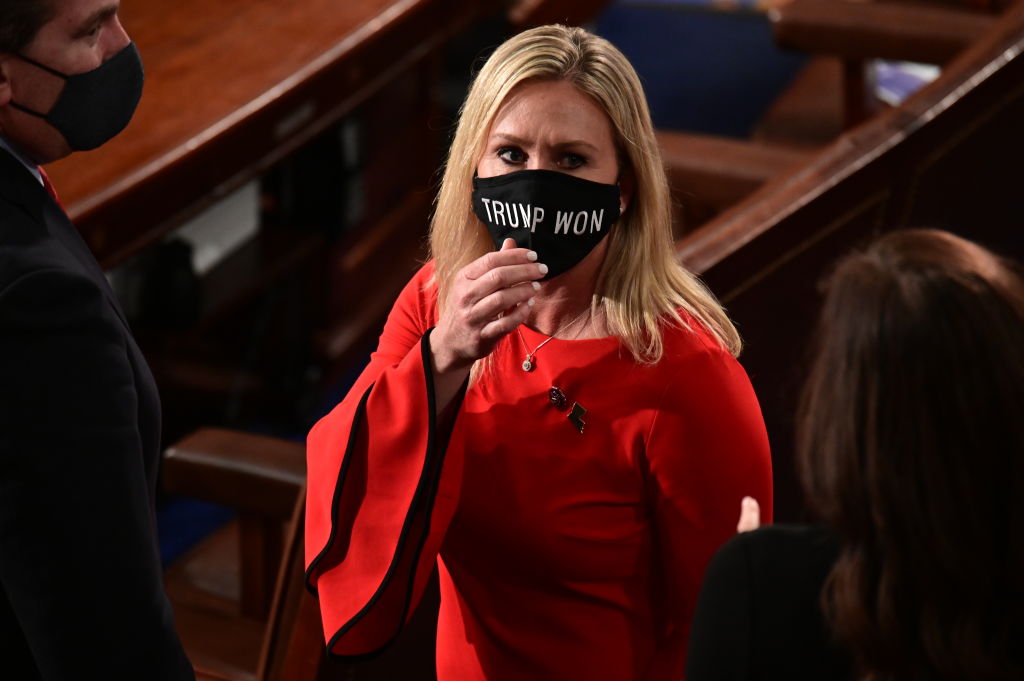 Newly-elected Rep. Marjorie Taylor Greene (R-GA) has promulgated a variety of bonkers conspiracy theories, including President Donald Trump’s baseless claims of election fraud and the smorgasbord of insanity known as QAnon. On Saturday, she found a new scoop of lunacy to add to her crazy sundae, tweeting out a statement blaming “Communist ANTIFA terrorists” and various liberal groups as the real threat.

The first four paragraphs of Greene’s statement, posted on her Twitter account Saturday evening, blame “Communist ANTIFA terrorists,” “Marxist BLM,” and other leftist groups for “caus[ing] billions of dollars of damage to private property, historical statues and monuments, government buildings,” and “the deaths of at least 47 Americans.”

At no point in her statement does Greene acknowledge the violence caused by Trump supporters at the Capitol riots on January 6. One Capitol Police officer was killed, dozens more were injured, and several of the rioters also died in the melee.

Greene calls on “the 75 million Americans who voted for President Trump to peacefully and patriotically oppose the policies of the incoming left-wing administration and Congress,” urging them to eschew violence, and to call law enforcement to report anyone who is planning to be violent.

“Our MAGA Movement is not over,” Greene continued. “Like President Trump has said, it’s only just begun.”

“Let’s make America great again!” she concluded, possibly conceding that Trump had not been able to do that in his four years in office.