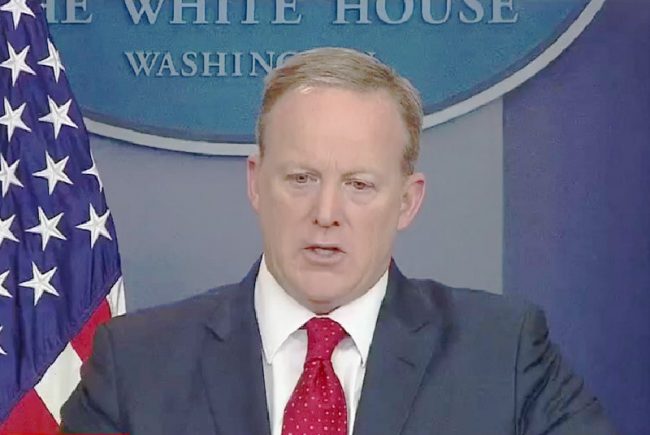 With the release of Robert Mueller’s report on Thursday, many people outside of President Donald Trump have been caught in the crosshairs. One of them has been former White House press secretary Sean Spicer.

During the course of the investigation, the Special Counsel found Spicer was not truthful with reporters on at least two occasions, as first noted by Vox.

The investigation found Spicer mislead reporters when he first described the reasoning behind the firing of then-National Security Adviser Michael Flynn. Spicer said Trump had fired Flynn because “a level of trust between the President and General Flynn had eroded.”

The Special Counsel found the decision was made by then-White House Counsel Don McGahn and then-White House Chief of Staff Reince Priebus. While Trump agreed with the firing, he assured the retired general, “We’ll give you a good recommendation. You’re a good guy. We’ll take care of you.'”

The second instance the investigation discovered was regarding Trump’s decision to fire FBI Director James Comey.

Spicer at first said the decision was made within the Department of Justice: “It was all [Rosenstein]. No one from the White House. It was a DOJ decision.”

Mueller team said the firing was spearheaded by Trump and presented to the idea to senior advisers on May 8, 2017, where then-Attorney General Jeff Sessions and Deputy Rod Rosenstein were informed. The report said Trump “conveyed that the decision had been made and was not up for discussion.”

Spicer is not the White House spokesman to be caught up in the Mueller report. Current White House Press Secretary Sarah Sanders was found to not have been truthful on certain topics.