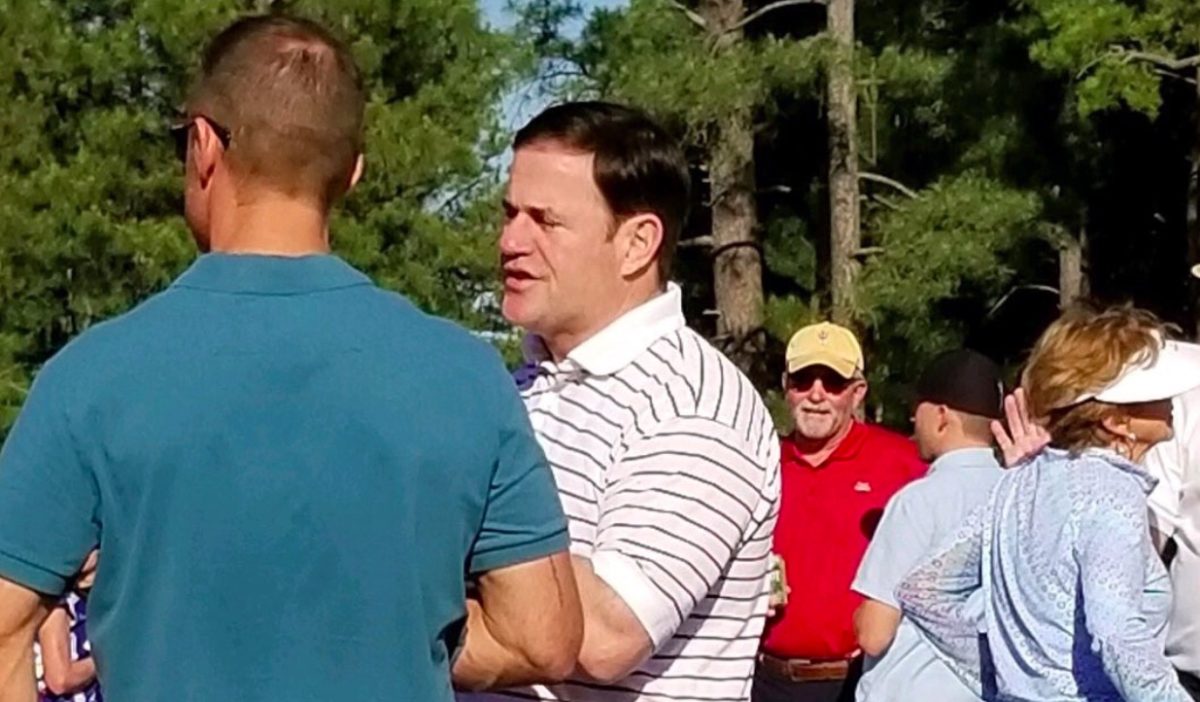 The Republican governor of Arizona was spotted wearing a pair of Nike running shoes on July Fourth, despite pulling funding for a Nike factory in Goodyear, Arizona just two days ago.

Governor Doug Ducey announced the Nike funding reversal in response to the company canceled the release of sneakers with Betsy Ross’ version of the American flag. His decision was praised by many conservatives, who also led mass online boycotts against Nike, but Ducey is still choosing to keep check marks on his feet as Arizona Democrats spotted the governor wearing a pair of Nikes at a Fourth of July celebration. Phoenix’s ABC affiliate, KNXV, verified the photograph.

Wow, @dougducey standing on principle wearing his Nikes for the 4th of July. #nikeboycott #Nike pic.twitter.com/NTU6kmpQc0

In his statement on canceling the state’s funding for Nike, Ducey wrote, “Words cannot express my disappointment at this terrible decision. I am embarrassed for Nike. Nike is an iconic American brand and American company. This country, our system of government and free enterprise have allowed them to prosper and flourish.”

“Nike has made its decision, and now we’re making ours,” he continued. “I’ve ordered the Arizona Commerce Authority to withdraw all financial incentive dollars under their discretion that the State was providing for the company to locate here. Arizona’s economy is doing just fine without Nike. We don’t need to suck up to companies that consciously denigrate our nation’s history.”

The Betsy Ross edition of Nike’s Air Max 1 was pulled after former NFL quarterback and Nike brand ambassador Colin Kaepernick complained to the company that the shoes depicted a flag used during a time when chattel slavery was still in place.