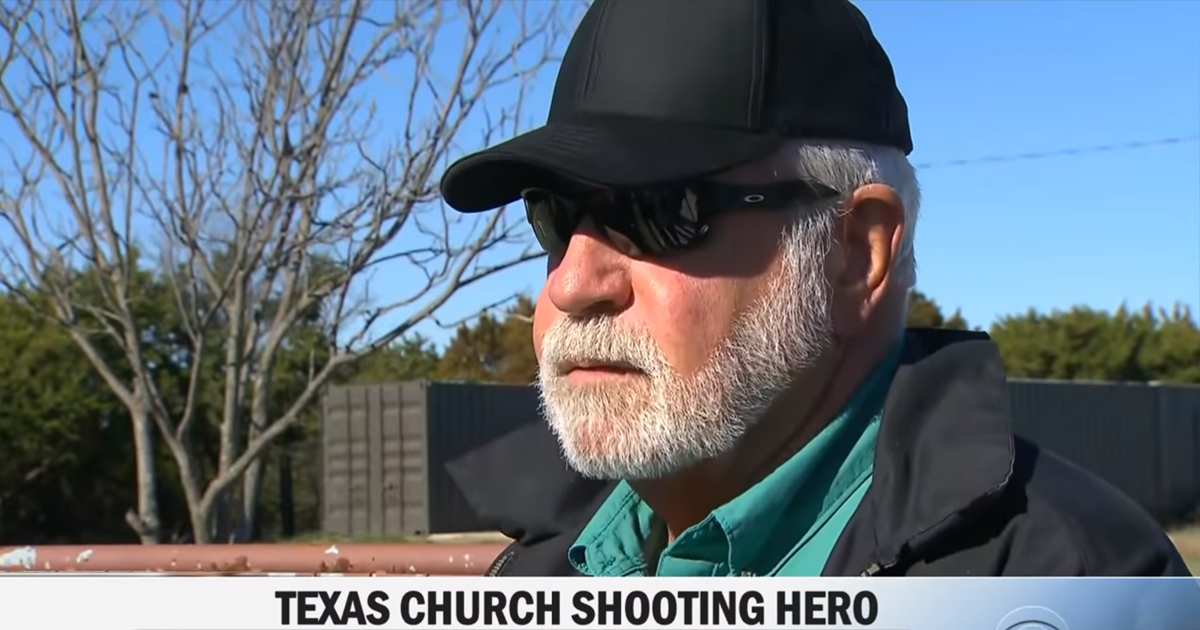 An editorial at USA Today started out the new year controversially, causing a serious negative reaction on social media for its characterizations of the heroes of the West Freeway Church of Christ shooting in Texas over the weekend.

The article, at USA Today via azcentral, praised hero Jack Wilson, but used his act as a jumping off point to criticize the other parishioners, demand to know more about their backgrounds, and of course take a shot at Trump. It took off immediately with the tweet.

Opinion: Jack Wilson is exactly the type of person you want around with a gun because he's a firearms instructor. But we know nothing about the at least six other parishioners who also appeared to draw their handguns. And that's terrifying. https://t.co/od0vfGftjU

The poorly framed op-ed was immediately a topic of the day.

Terrifying?
Why are Christians and Jews exercising their Constitutional rights so 'terrifying' to the left? https://t.co/T0DRVlmM3C

What a bunch of, dare I say, malarky. Those 6, including the woman, are trained members of Wilson's security team. https://t.co/EI3jFviiFc

It was the details in the article, too, that caused such great offense, including this surprisingly ill-advised opening:

Jack Wilson is a hero alright. It took him only six seconds to kill a gunman at a Texas church, saving countless lives.

Unfortunately, that kind of split-second heroism has been turned into a PR tool by gun advocates.

Sure Jack Wilson is a hero that saved many lives but his heroism is good for gun advocates so it's actually bad. Brilliant stuff here. https://t.co/XGG3TsR6tY pic.twitter.com/AdbboA17yK

"Jack Wilson is a hero alright. It took him only six seconds to kill a gunman at a Texas church, saving countless lives.

Unfortunately, that kind of split-second heroism has been turned into a PR tool by gun advocates."

Media keep using this word, terrifying, and I'm not sure it means what they think it means. https://t.co/YAIrPpYLPU

"Unfortunately, that kind of split-second heroism has been turned into a PR tool by gun advocates."

This person seems upset that people in the church were ready to stop a shooting from becoming worse because it proves a good guy or guys with a gun stops a bad guy with a gun. https://t.co/iC7jxfOD4h

And particularly of note was the suggestion that the public doesn’t know enough about the details and personal lives of the others who drew weapons on that terrible morning.

We know:
• They were willing to risk their lives to save others
• They aren’t criminals

So we know all we need to know, you cowards. https://t.co/gt7ptwHmCw

Unless they all magically decided to carry a gun to church for the first time that day, we know that they regularly carried concealed handguns and never hurt anybody.

But they had them when they needed to protect themselves from a criminal who was prohibited from buying a gun. https://t.co/vY2dEY68gS

The simple fact that we *don't know* how capable they are is… terrifying? https://t.co/cnE0Hhnthc

These are victims of a church shooting. Inviting every dumb loon on the internet to do a background check on them for the sin of self defense is loathsome. https://t.co/JmeGeUMs98

We know they weren't opening fire in a church to kill innocent people. https://t.co/pHIpWQXcZA

…But it was actor Adam Baldwin who perhaps summed up the general reaction best.

Quite a start to the New Year, USA Today.