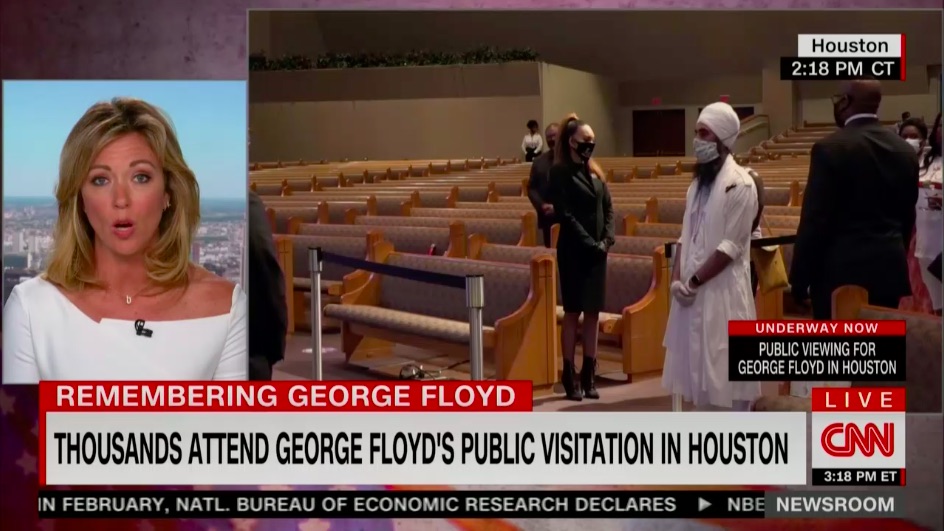 CNN continued its nearly two-week-old daytime win streak in the coveted 25 – 54 age demographic on Monday, but it has now fully surrendered its recent victories in primetime as Fox News swung back to sweeping all three hours in the demo.

Breaking news coverage surrounding the killing of George Floyd and the subsequent nationwide protests it has ignited has continued, the pace and intensity of events have notably tapered off. Still, CNN’s 3:00 p.m. Newsroom program hosted by Brooke Baldwin has remained a tentpole in the network’s ratings between 9:00 a.m. and 5:00 p.m. On Monday, it beat out all other cable news programs in the demo outside of primetime with 474,000 viewers. It was even good enough to best perennial early evening ratings juggernaut The Five, which pulled in 472,000.

In primetime, CNN’s recent ratings surge continued to ebb, with Don Lemon Tonight being the final hour of the channel’s programming to relinquish its first-place finish, falling behind its 10:00 p.m. rival, The Ingraham Angle, 610,000 to 661,000 viewers in the demo. Anderson Cooper 360 and Cuomo Prime Time had already fallen out of their brief first-place reigns last Friday. Fox News’ two flagship shows, Tucker Carlson Tonight (660,000) and Hannity (613,000), outdistanced their respective CNN competition, Anderson Cooper’s 519,000 and Cuomo’s 591,000.