CNN Sweeps Ratings for Second Day in a Row on Thursday

CNN Sweeps Ratings for Second Day in a Row on Thursday, Hitting Monster Primetime Number as 2020 Race Hangs in the Balance 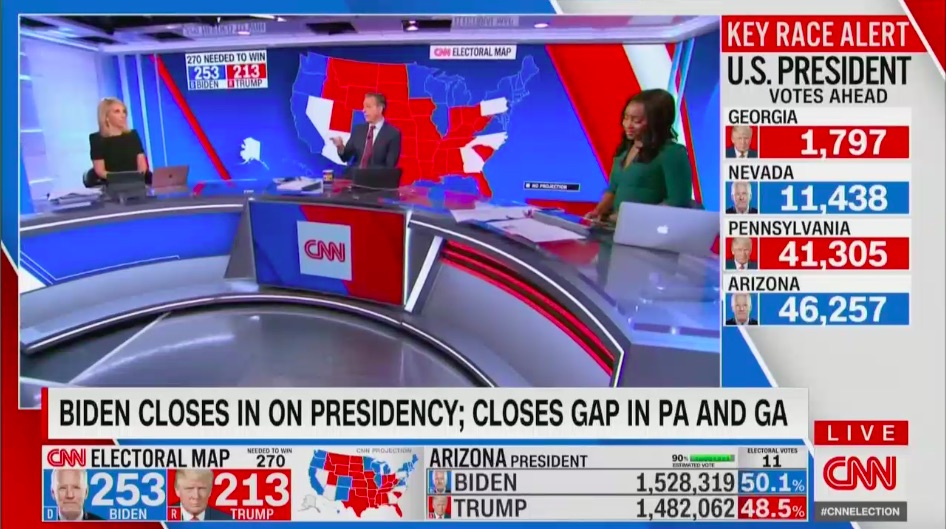 For the second day in a row, CNN scorched its cable news competition in both overall viewers and those in the coveted 25 – 54 age demographic, as millions of Americans tuned in as the 2020 election drama continued on for another day.

While those dominant 8:00 – 11:00 p.m. audience numbers for CNN do represent a drop from the network’s historic Wednesday ratings, they were still good enough to trounce the combined A25 – 54 viewership of CNN’s cable news rivals on Thursday, when Fox pulled in 1.57 million and MSNBC came in with 1.34 million. In overall audience, the ratings race was closer, as Fox placed second with 5.72 million total viewers and MSNBC just topped five million.