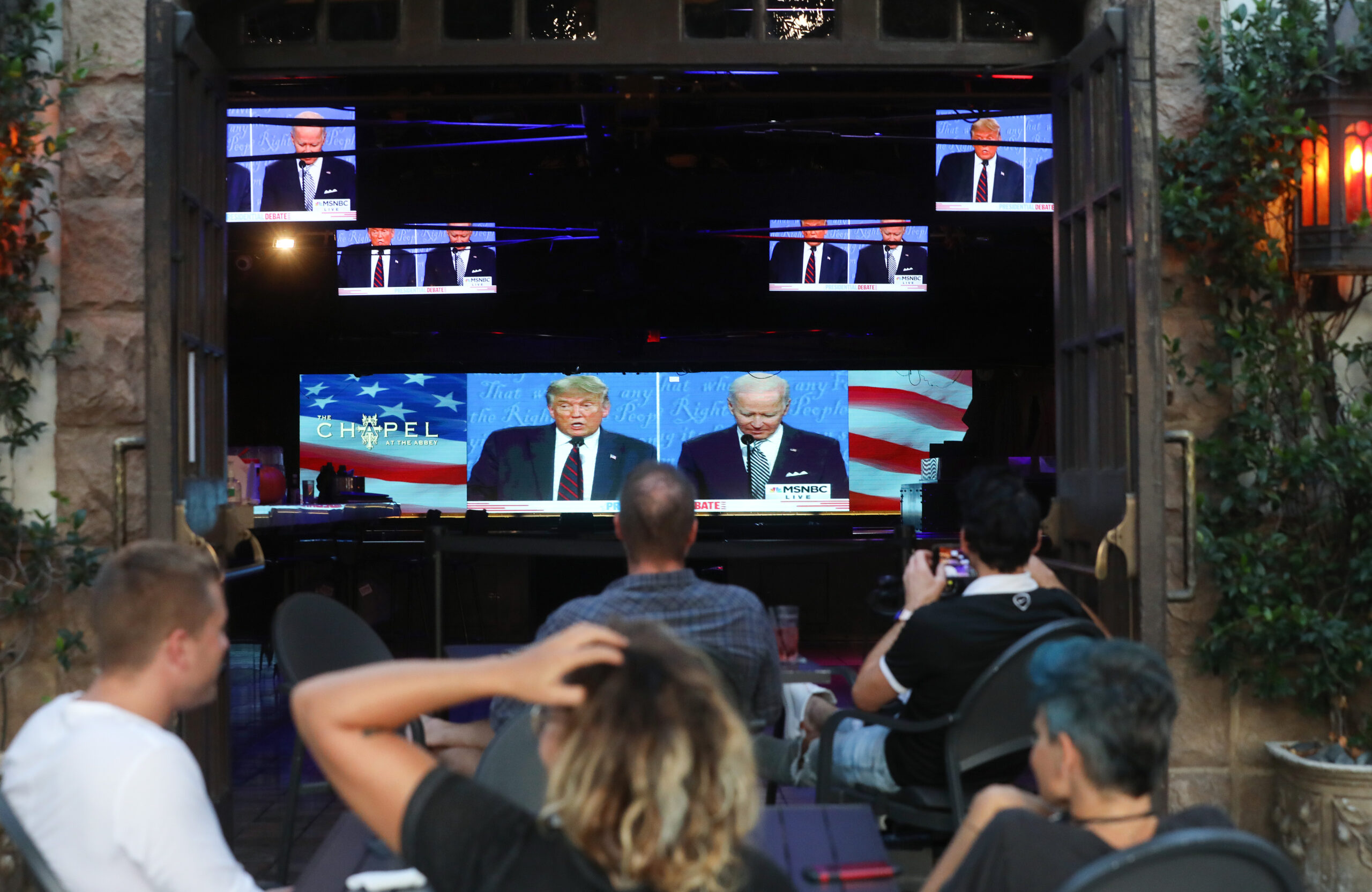 The showdown between President Donald Trump and Joe Biden is the biggest news night of the year, and networks are rolling out the big guns: Their top anchors, analysts and reporters are covering results and analyzing polls, from the afternoon of Tuesday until the late night. Every network plans on keeping the lights on past 2 a.m. for what is expected to be a late night affair, thanks to the current coronavirus pandemic which has turned patience into an Election Night mantra for every outlet.

We decided to put together a guide of how every news network is covering the big night, from the anchors that are leading their broadcasts to the wild card commentators and the secret weapon contributors to watch.

Here’s how the major cable and broadcast networks will cover Election Day in 2020. 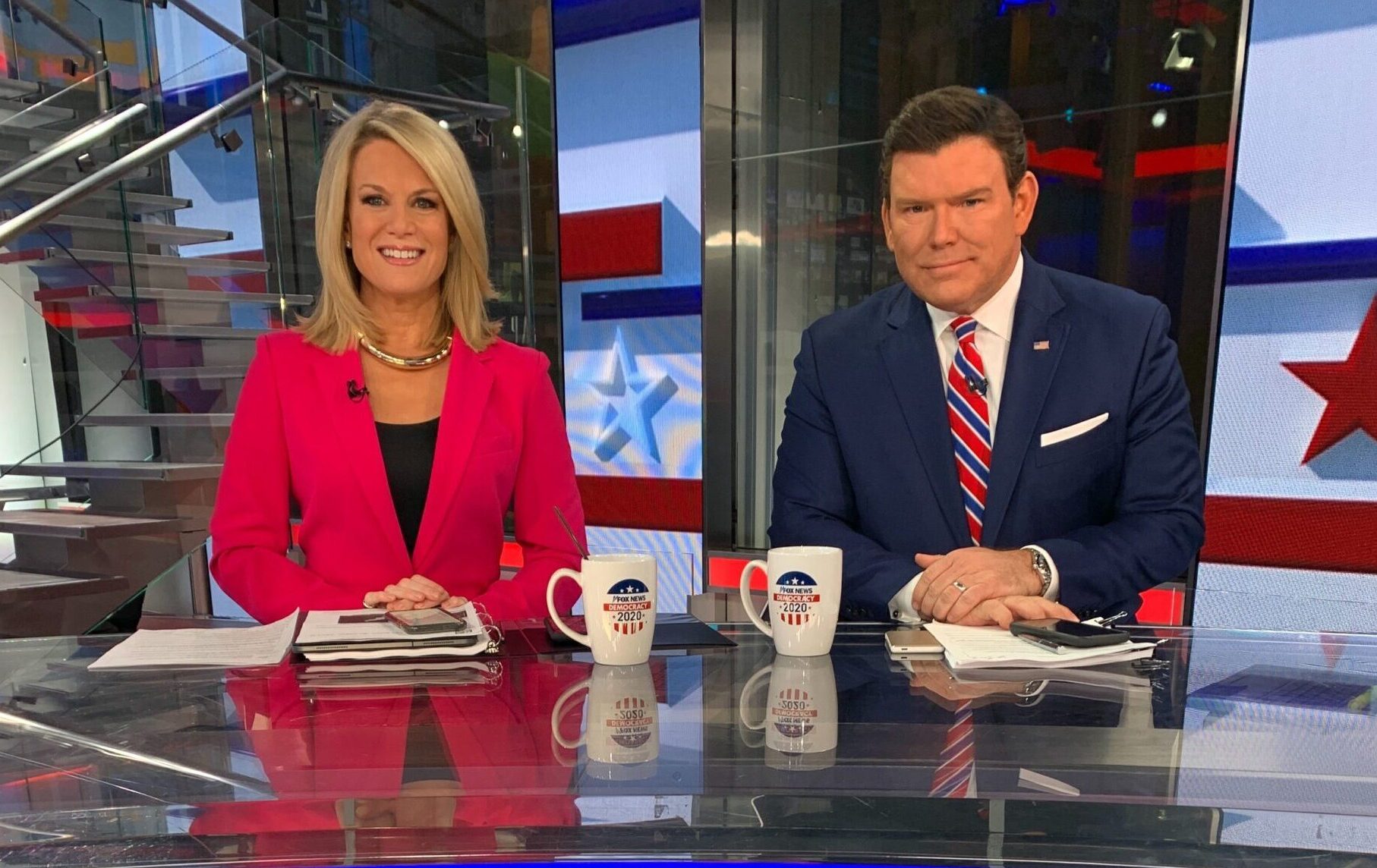 Late Night: Shannon Bream and Jon Scott will pick up the coverage beginning at 2 a.m. ET. Scott will finish coverage at 5 a.m. ET.

Results: Bill Hemmer will also report on and analyze the incoming election results what Fox News is calling “the Bill-Board” (get it?)

Fox News will be using a new system to provide and analyze the election results on Tuesday night.

“Fox News Voter Analysis,” as it’s been dubbed, will include researchers who will poll voters throughout multiple platforms, including cell phones, landlines, and online.

“Our 2017 tests with the AP and NORC, show we’ve created a state-of-the-art tool for understanding the actions and attitudes of all Americans on Election Day,” Fox News Media president Jay Wallace said while announcing the system. “By combining poll data with timely information on registered voters and actual vote results — the Fox News Voter Analysis will provide the best possible report on American elections.  Most important, we will provide in-depth coverage of every statewide election in 2018 and 2020, which will be particularly valuable as we expand our digital coverage.”

Fox News political contributor Karl Rove — and his trusty whiteboard — will be a part of the network’s election coverage. Those who watched Fox News cover the 2020 presidential election will know why we’re deeming the former Bush adviser a wild card.

Rove had a famous meltdown live on Fox News after the network called the 2012 election in favor of President Barack Obama against Republican nominee Mitt Romney. Rove challenged Fox’s decision to call Ohio for the incumbent president, wreaking havoc. Bret Baier and Megyn Kelly worked to challenge Rove’s reluctance to believe that the “Decision Desk” called the race in favor of Obama, and the latter memorably took cameras down into the annals of Fox’s newsroom to confirm the decision. Baier, Kelly, and Chris Wallace even joked about how “awkward” Rove made the situation.

Mishkin leads the Fox News Decision Desk, meaning it’s his job to tell viewers who won the election. Mishkin — a wonky statistician who leads a team of eight others charged with calling the election — revealed a new methodology for calling elections ahead of the 2018 midterms and will be using it again on Tuesday. Mishkin will be using the new Fox News Voter Analysis system, which he touted as designed to call elections more accurately — not faster.

Pressure is high for Mishkin: he has faced the wrath of some pro-Trump partisans because of his registration as a Democrat, and liberals have fears about how Fox News will react if Trump tries to pressure news outlets into calling states favorably.

Neither complaint should be expected to taint his team’s work on Election Night.

“There will be no one putting their finger on the scale in either direction,” Mishkin told the New York Times in late September. 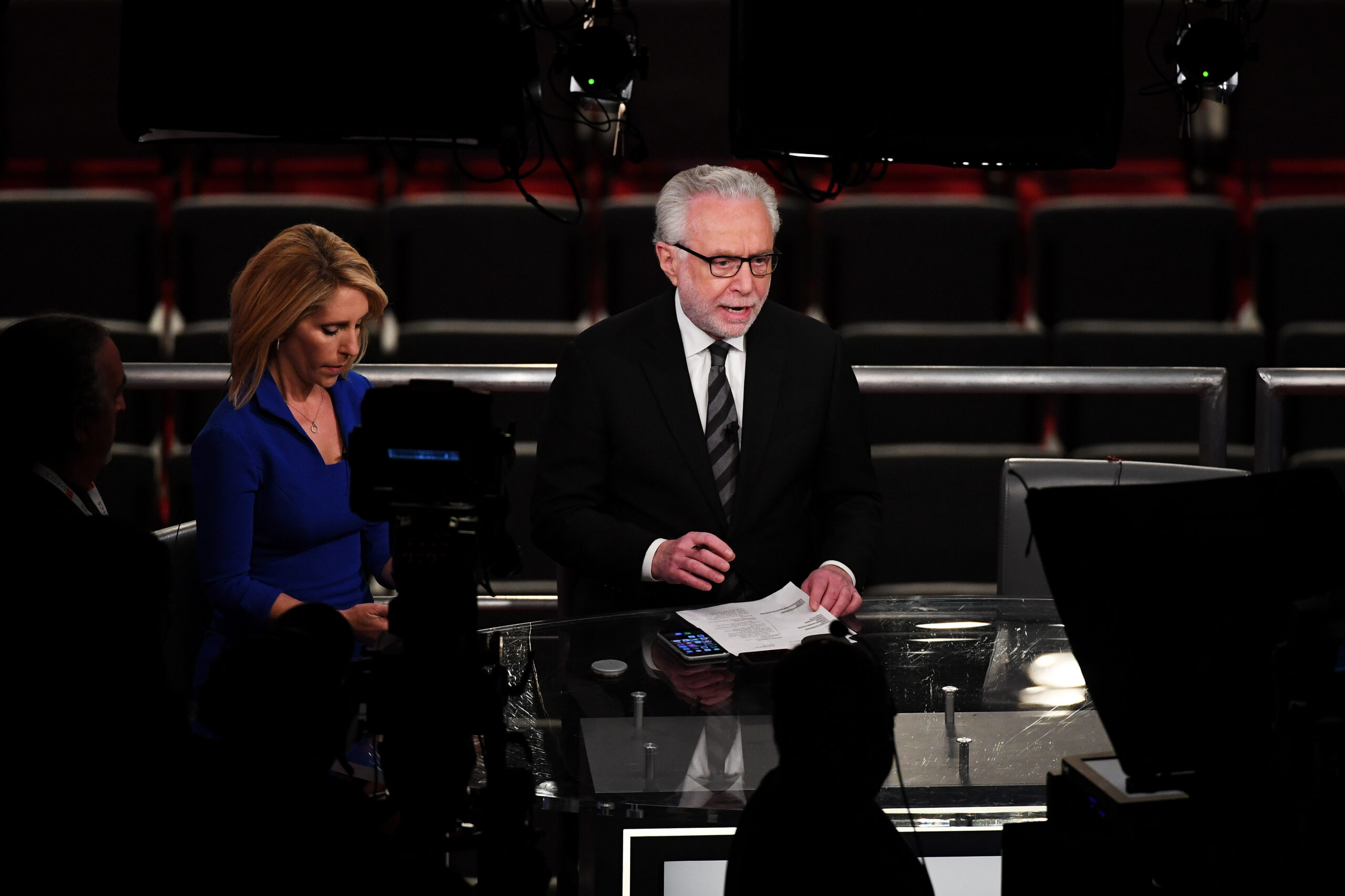 Results: John King will report on and analyze the incoming election results on the famed “Magic Wall”.

In addition to King’s wall reporting, CNN political director David Chalian will cover exit polls while senior White House correspondent Pamela Brown will be at the Voting Desk — reporting on updates from voting locations across the nation. Senior political analyst Mark Preston will also be providing analysis throughout the evening.

Jones was clearly emotional while covering the election in 2016, and is one to watch on this year’s “Analyst Desk.” Unable to hide his shock and dismay when it became clear President Donald Trump was set to win, the liberal commentator called the election results a “whitelash.”

Jones went on to work with the Trump administration in passing the First Step Act, a criminal justice reform bill. While the Obama adviser turned CNN host praised Trump for supporting the bill, he has remained sharply critical of the president and the Republican Party.

That pairing — intense criticism and cooperation with the Trump White House on his signature issue — makes Jones an unpredictable, but must-watch voice on CNN’s Election Night coverage.

The CNN White House correspondents have both gained fame — or notoriety, depending on who you ask — for asking tough questions of the president and his series of press secretaries. Despite animosity from the White House, the pair also has a knack for breaking big news, and they plan to report from the Trump campaign HQ on Tuesday. The president’s Election Night party was initially set to be held at his Washington D.C. hotel, but has now been moved to the White House. 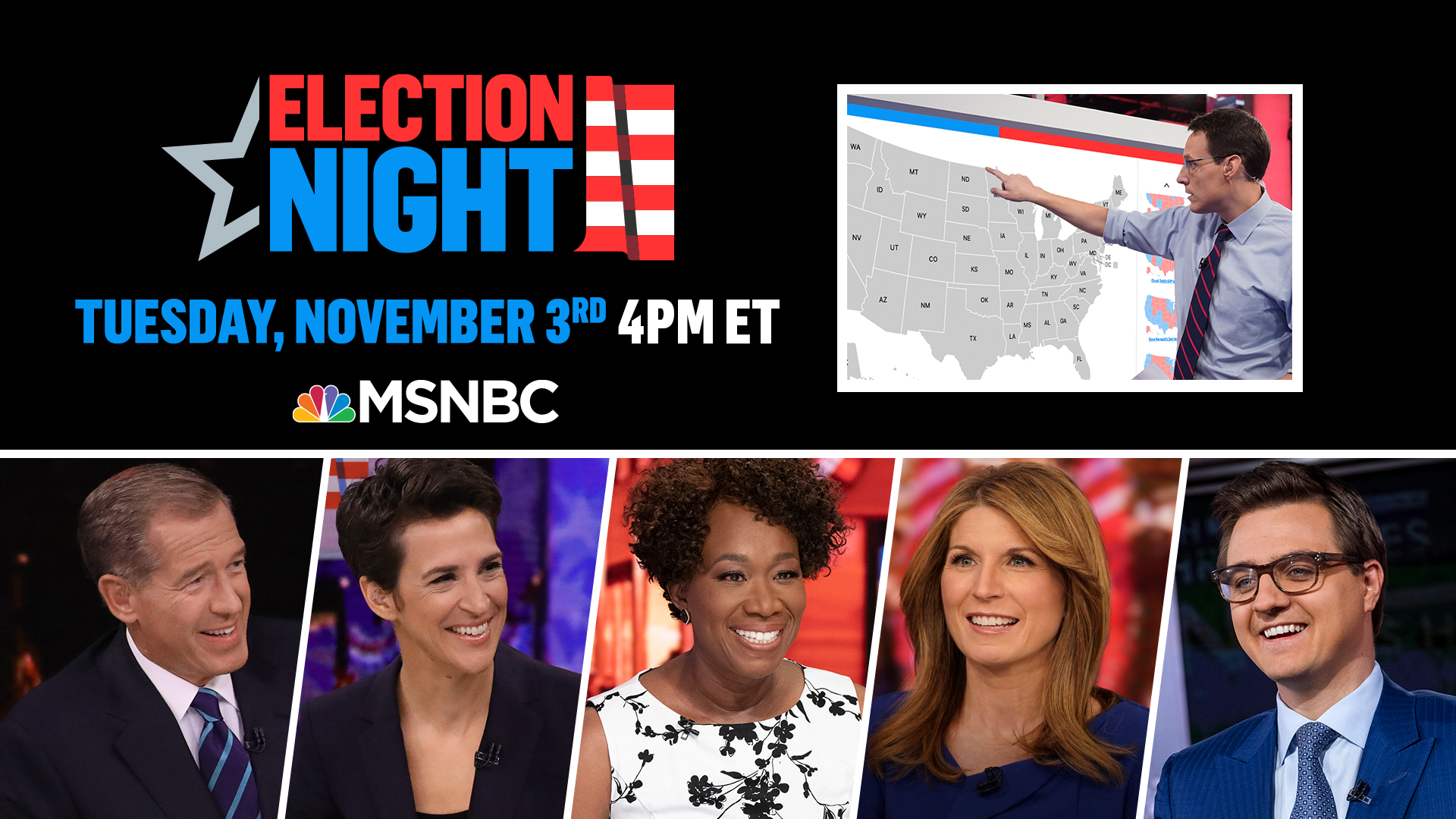 Late Night: Tur and Melber will be at the helm for late-night coverage.

Results: Steve Kornacki will report on and analyze the incoming election results on MSNBC’s “Big Board.”

NBC News and the NBC News Decision Desk, which are part of the National Election pool, will be projecting the race when there is 99.5 percent statistical confidence in the result, the network said. MSNBC will collect exit polling from all 50 states and D.C., in addition to state-specific exit polls in 24 states with roughly 800 interviewers. The coverage will also include national telephone polls for absentee and mail-in voters across the same 24 states and early in-person interviews in eight states.

The NBC News Vote Watch Unit doubled in size in 202o, following its 2019 launch, and works to cover issues related to U.S. election security, irregularities, and voting across all the network’s platforms. The team includes 24 correspondents and reporters and will work to report on social media misinformation, voting machines and technology, the election administration, voting procedures, voter disenfranchisement, and voting rights. 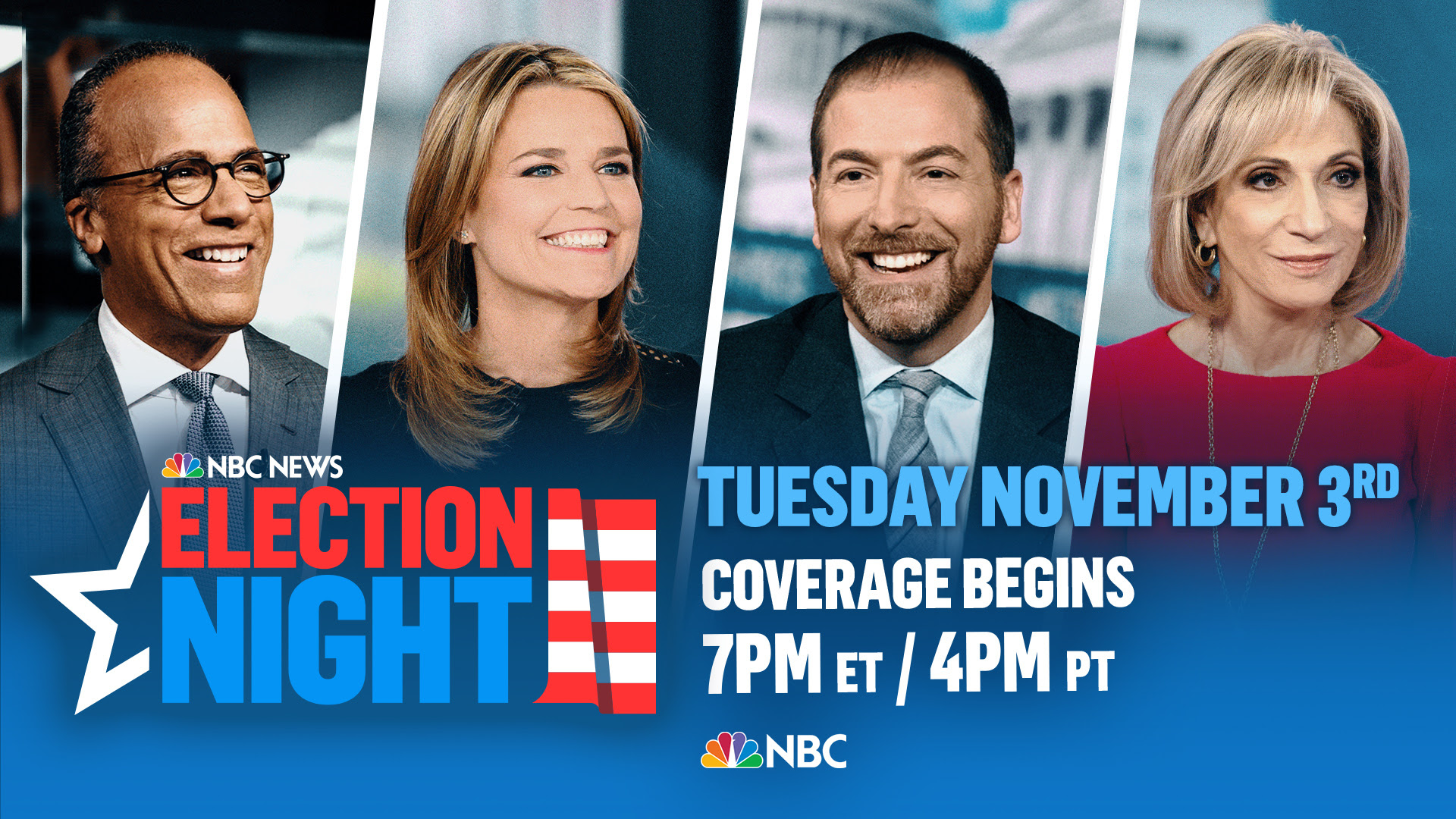 Late Night: Kate Snow will join the network’s coverage beginning at 2 a.m. ET while Mitchell will be anchoring rolling coverage through at least 4 a.m. ET.

Welker, who earned high praise from both conservatives and liberals after expertly moderating the final presidential debate, will report on the election from the Biden campaign headquarters. She gives the network an edge as a journalist who proved herself capable of doing a clean job and asking tough yet fair questions of both candidates. Even Trump supporters, who had taken aim at Welker the week before, claiming she would be biased and partisan during the debate, praised her job as moderator. 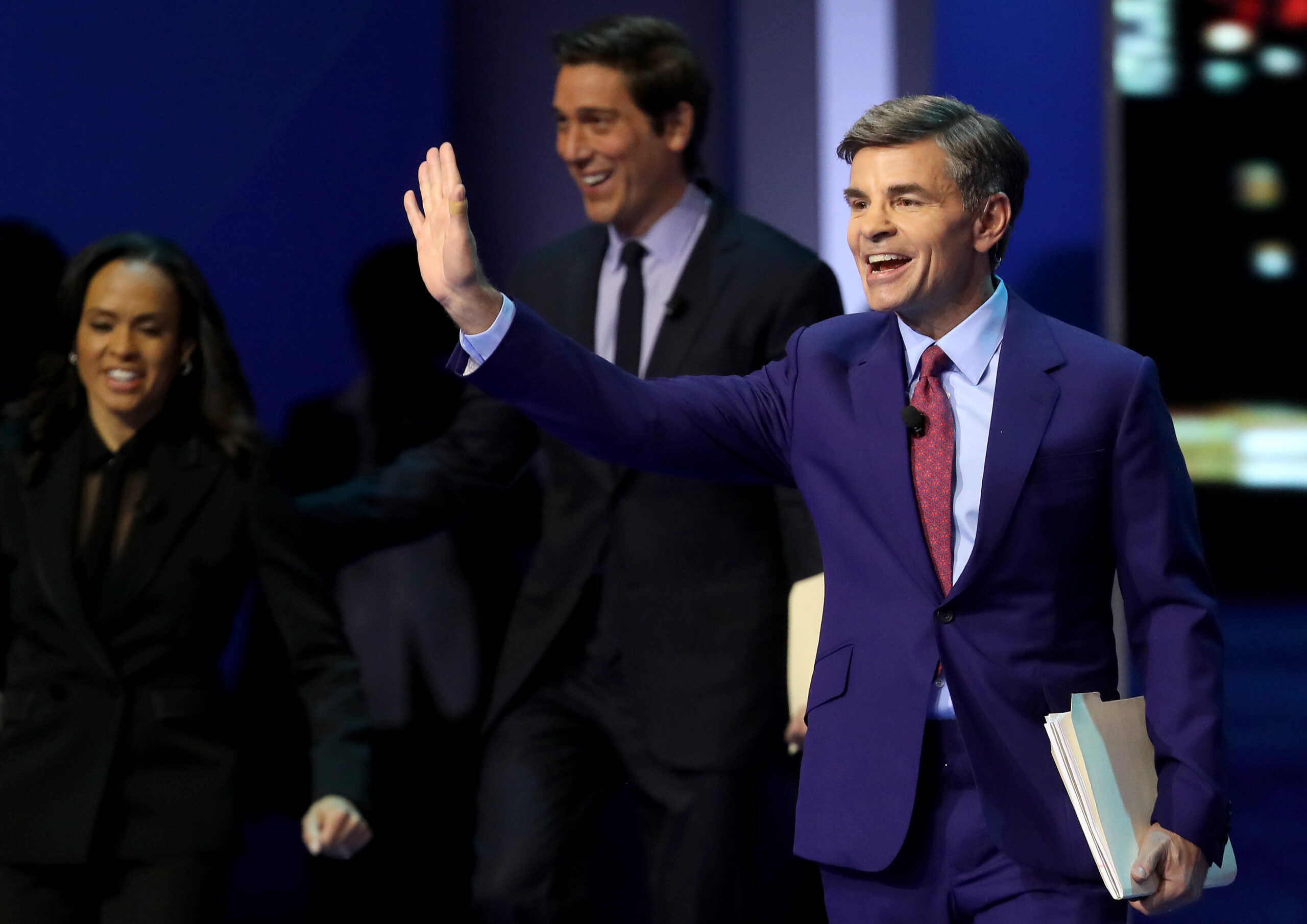 Have you refreshed Nate Silver’s Twitter feed 12 times a day in the last week? You’re not alone. The famed stats wonk and editor of FiveThirtyEight also happens to be an ABC News contributor, and he will provide forecasts and analysis of the presidential, as well as Senate and House of Representative elections for the network.

Monday morning, according to the FiveThirtyEight forecast Biden was “clearly favored” to win the election, emerging victorious in 90% of the outlet’s simulations. Read our analysis of the latest polls here.

The main coverage will begin broadcasting at 7 p.m. ET. ABC News will also have digital coverage of the results on ABCNews.com. The network’s live blog will launch Tuesday morning and continue to run until the winner is declared. 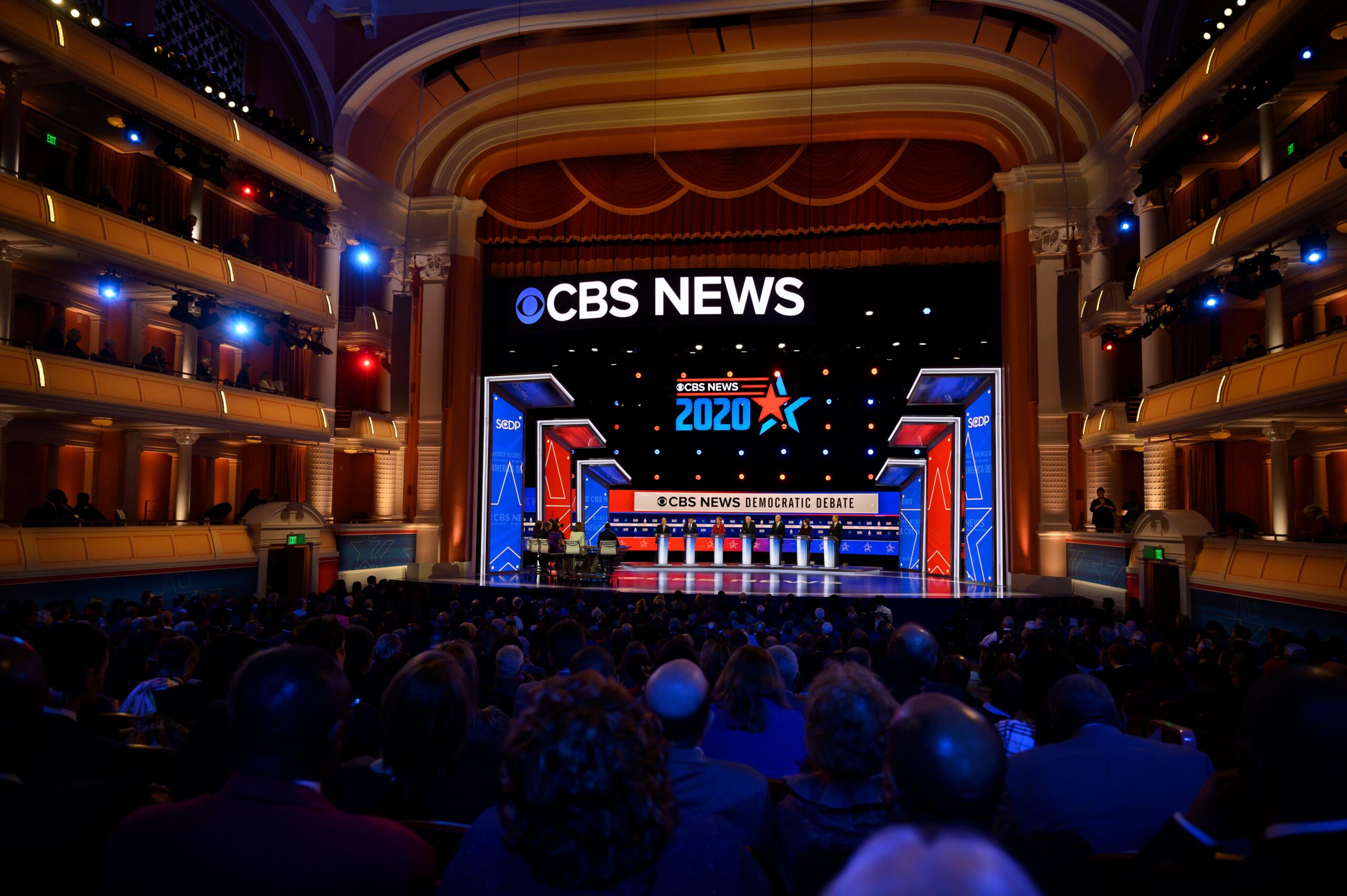 CBS News boasts two analysts who are steeped in each side of the 2020 presidential race: Reince Priebus, who was President Trump’s first chief of staff, and Valerie Jarrett, a senior adviser to former President Obama, who was under consideration for VP pick by the Biden campaign.

The CBS News team of White House correspondents — which includes Weijia Jiang, Paula Reid and Ben Tracy — will be worth keeping a close eye on Tuesday night. Their reporting from the Trump White House has proved indispensable this year, and Election Night will be no different.

The main coverage will begin broadcasting at 7 p.m. ET. CBS News will also provide coverage of the election beginning at 7:00 a.m. ET on multiple platforms, including 12 national and local streams, a CBSNEws.com live blog, and the CBS News battleground tracker, which will be available globally.