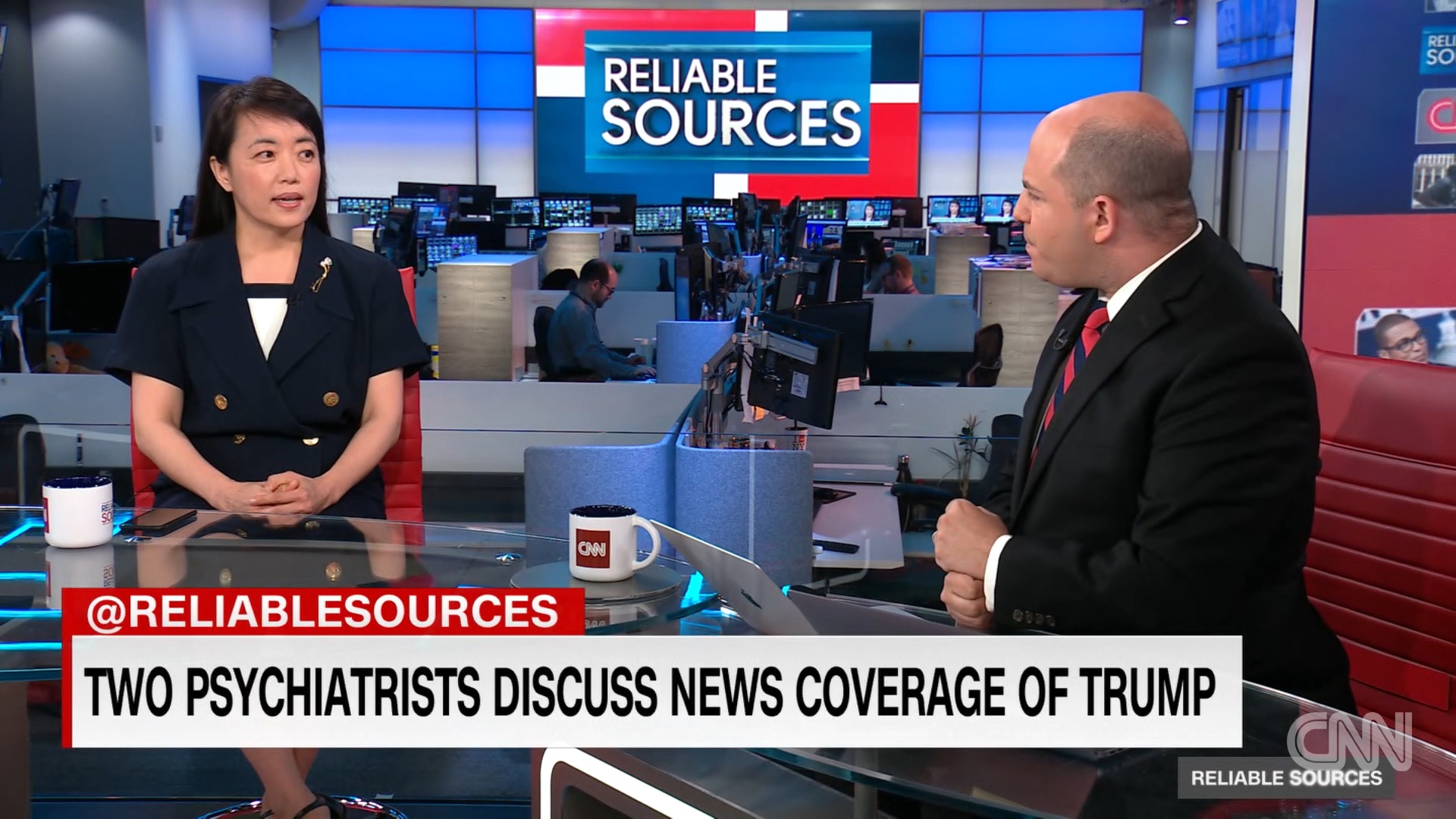 Dr. Bandy X. Lee, a psychiatrist who has appeared on CNN and MSNBC and briefed members of Congress, appeared to suggest on Monday that President Donald Trump is worse than Nazi dictator Adolf Hitler.

Lee declared on Twitter, “Donald Trump is not an Adolf Hitler. At least Hitler improved the daily life of his followers, had discipline, and required more of himself to gain the respect of his followers. Even with the same pathology, there are varying degrees of competence.”

After facing a wave of backlash, Lee followed up by defending her comments, saying, “I see this message has upset people, but it is comment not on better or worse but competence. Please try to read dispassionately. I have stated several times that Donald Trump is not unique, and neither is Hitler. It is power placed in their hands that is unique.”

“This could be positive or negative. For one, his faults are there for all to see. It may have driven some to laxness, believing someone so comical could not do much harm. However, the opposite is true; low competence can translate to greater dangerousness,” she added. 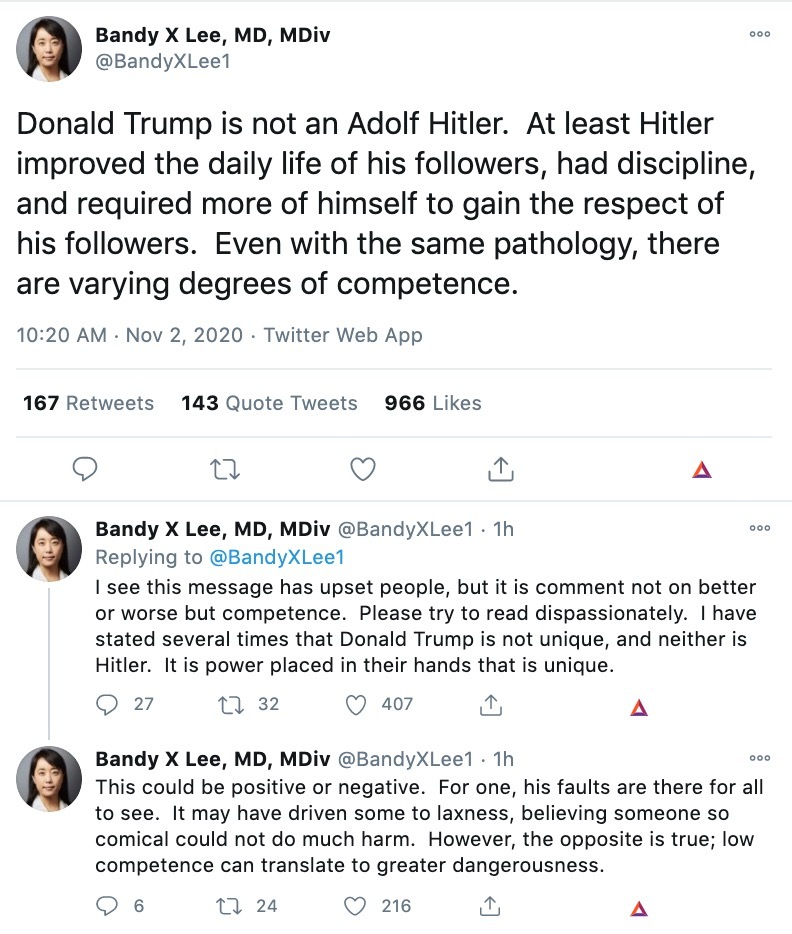 The tweets were later deleted and replaced with another follow up.

Okay, I have taken it down, since it has upset so many people and was not provoking thought but the opposite. Of note, my statement was about how little Donald Trump believes he needs to do to retain his followership, NOT to minimize Adolf Hitler’s atrocities.

Lee has previously appeared on MSNBC and CNN’s Reliable Sources with Brian Stelter to discuss Trump’s “instability,” and in December 2017 she reportedly briefed members of the House and Senate on the president’s mental state.

Lee has also previously found herself on panels with professionals who have made similar comparisons between Trump and murderous dictators.

In 2017, Lee called a Yale Medical School meeting during which Dr. James F. Gilligan compared Trump to Hitler, and last year, Lee was on the same CNN Reliable Sources panel as Dr. Allen Frances when Frances remarked, “Trump is as destructive a person in this century as Hitler, Stalin, Mao were in the last century. He may be responsible for many more million deaths than they were.”

UPDATE: In a statement to Mediaite, Lee said:

To say that Adolf Hitler was more deliberate and calculating, by giving tangible benefits to his followers, is not to praise or deem him “better” than Donald Trump—in fact, it likely allowed him to stay in power longer and to commit greater atrocities. Hitler was mentioned because I am writing a sequel to my “Profile of a Nation,” which reviews psychological analyses of him, as well as of Pol Pot, Idi Amin, Jim Jones, and Ted Bundy. Since my work is in violence prevention, I look for patterns and draw comparisons. There are ways in which Trump could be more dangerous: his following is more irrational, not even needing tangible benefits to adhere to him.