College Stopped Students From Reporting on George W. Bush Speech Unless They Sent Articles To Him For Review 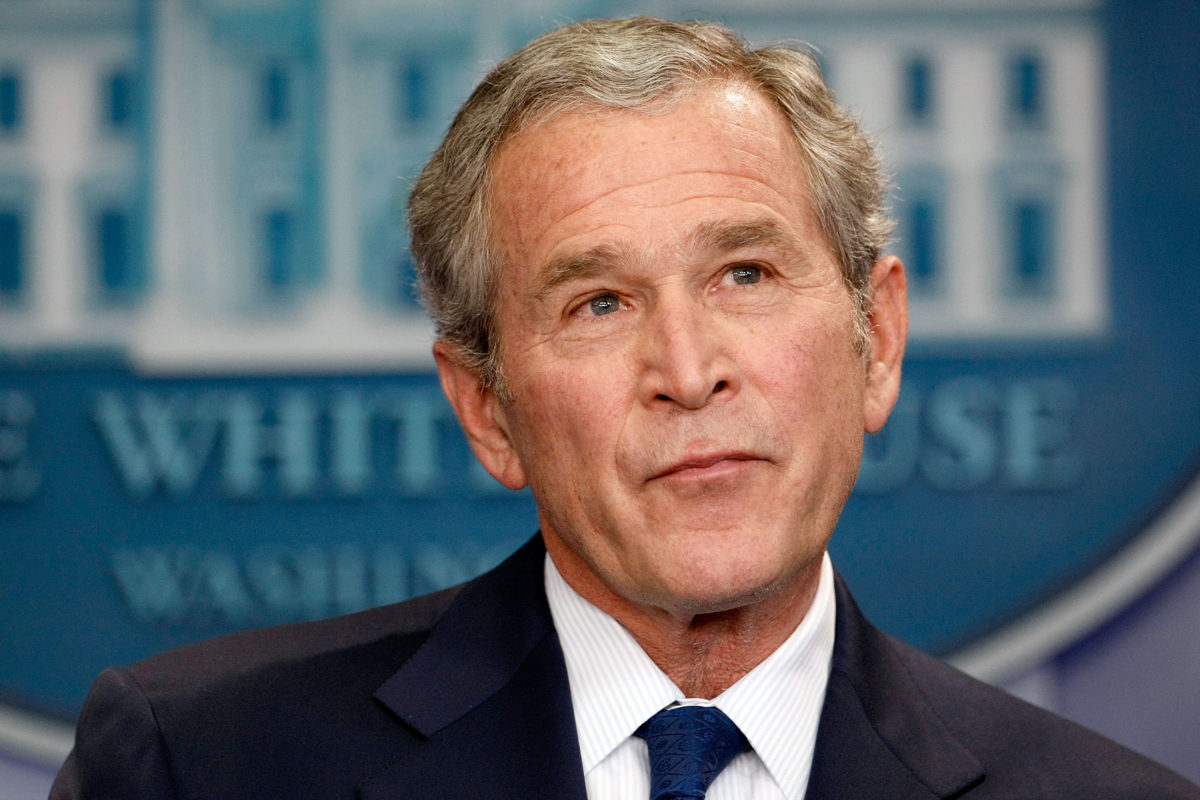 Student reporters at Chapman University who wanted to report on a speech from George W. Bush were reportedly told by the university that all articles would have to be sent to the former president for review before publishing.

According to the Orange County Register, student reporters who wanted to cover the speech were made aware of “a condition from the university that Bush’s office would be able to review the article before it was published.”

Reporters for the student newspaper The Panther decided to pass on the event over this stipulation, citing ethical reasons, and addressed the situation in an editorial last week.

“We knew he was coming. We knew it was a big deal. We wanted to be in the room. But we couldn’t,” the newspaper declared. “After weeks spent making moves and drafting emails, our EIC got a meeting with Sheryl Bourgeois, the Executive Vice President of University Advancement, who told us the hard truth: no press would be allowed into the event. The event was strictly off-limits to journalists. But, she said there could be an exception. For us.”

“We were ecstatic. Over the moon. This was a once-in-a-lifetime opportunity for us to be in the same room,” The Panther detailed, noting, “We rode that high for a total of five seconds before Bourgeois listed the caveats.”

“First, we were not allowed to voice record the event. Not only would that make it difficult to precisely quote what was said, it made it impossible to ensure accuracy. Second, we were not allowed to bring a photographer,” the Panther editorial board explained. “Initially, we were willing to comply with these requests. It wouldn’t be ideal, but it was better than nothing. The problem came after, when she told us something that made it impossible for us to cover the event. She told us, in order to cover George Bush coming to campus, we’d have to submit the piece to Bush’s office prior to publication. Yes we’d have access to the event. But before we could publish the story, we had to send it to the Bush team for final approval.”

The Panther concluded, “Words cannot begin to describe how unethical this is. It goes against everything we swear to uphold. Free press means it comes directly from the hands of journalists to the eyes of the readers. It doesn’t go through a third-party PR source that modifies it to comply with their demands. It goes straight to the people. That’s what free press is all about.”