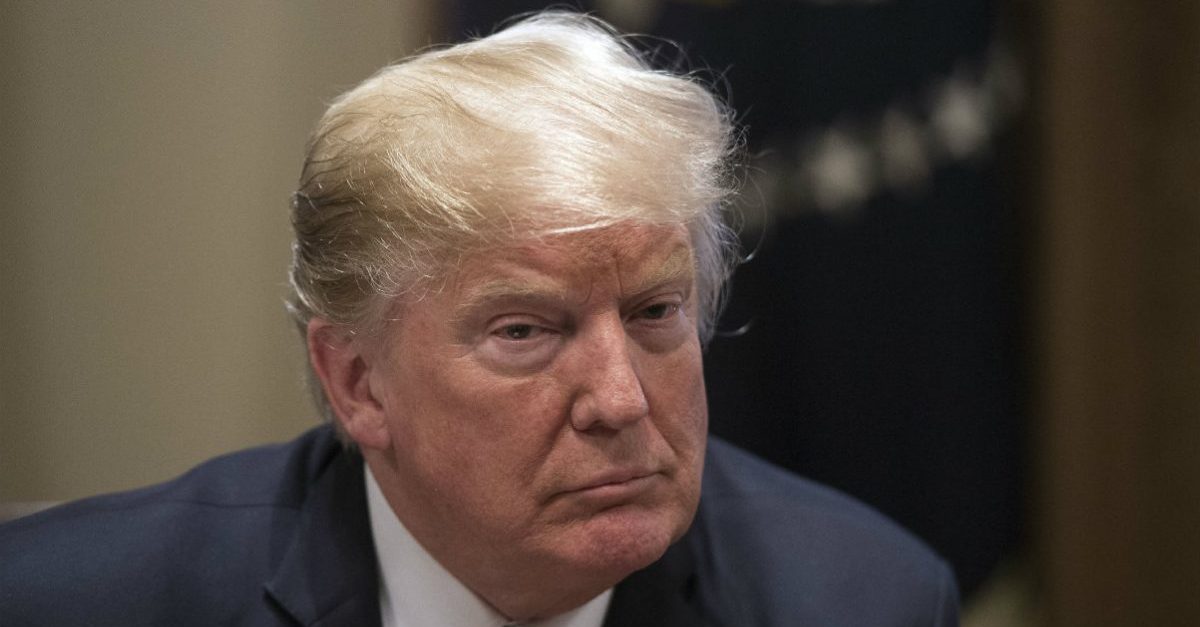 The editor of Christianity Today, a prominent evangelical magazine founded by Billy Graham, called for President Donald Trump to be removed from office in an editorial published Thursday.

“But the facts in this instance are unambiguous,” wrote Mark Galli, the magazine’s editor in chief, in a piece titled “Trump Should Be Removed from Office.”

“The president of the United States attempted to use his political power to coerce a foreign leader to harass and discredit one of the president’s political opponents. That is not only a violation of the Constitution; more importantly, it is profoundly immoral.”

“The reason many are not shocked about this is that this president has dumbed down the idea of morality in his administration,” Galli continued. “He has hired and fired a number of people who are now convicted criminals. He himself has admitted to immoral actions in business and his relationship with women, about which he remains proud. His Twitter feed alone—with its habitual string of mischaracterizations, lies, and slanders—is a near perfect example of a human being who is morally lost and confused.”

That an evangelical magazine founded by Billy Graham is backing the president’s impeachment is a big deal, particularly considering Trump’s support amongst evangelicals remains high (According to a recent poll covered by Politico, “99 percent of GOP-leaning white evangelical Protestants oppose impeaching and removing Trump from office and 63 percent say he has done nothing to damage the dignity of the presidency.”) Twitter users pointed out the “seismic” importance of the piece — which led to the website crashing shortly after it was published.

“To the many evangelicals who continue to support Mr. Trump in spite of his blackened moral record, we might say this: Remember who you are and whom you serve.”

If any endorsement still matters, it’s this. @CTmagazine just came out in favor of impeachment https://t.co/AcmA77SaAX

An important moment: Christianity Today, the key evangelical magazine founded by Billy Graham, calls for Trump’s impeachment, describing him as “a near perfect example of a human being who is morally lost and confused.”https://t.co/qdnzUu9Wc1

Christianity Today: “Trump Should Be Removed from Office; It’s time to say what we said 20 years ago when a president’s character was revealed for what it was.”@CTmagazine https://t.co/EH678kCYWI

This is seismic for evangelicals; share it: Trump Should Be Removed from Office | Christianity Today https://t.co/PC16rD05KU