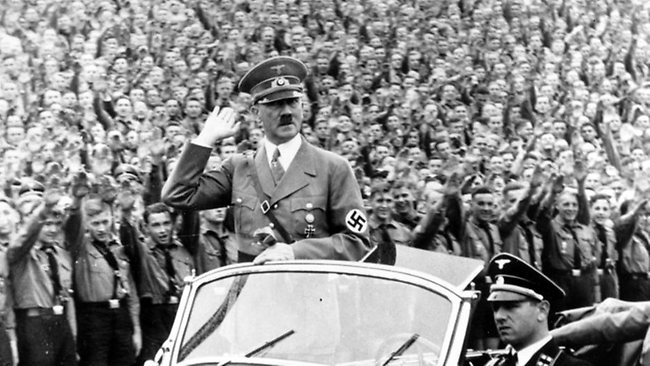 As the political polarization in America has increased over the last two years, Godwin’s law of Hitler analogies has been proven true time and time again — the law being that at some point in the escalation of a debate, someone will compare an opposing argument, a person, or a group of people to Adolf Hitler and Nazis.

In the Thursday piece, titled “Trump isn’t Hitler. But the Lying…,” the liberal columnist essentially claimed that while Trump is not like Hitler for what the Nazi leader is known for — genocide and ethno-fascism– Trump is like Hitler based on the way the two men lied.

“Ignoring what one of history’s greatest examples of lying has to teach us about current examples of lying, particularly lying by the ‘president’ of the most powerful country in the world, seems to me an act of timidity in a time of terror. It is an intentional self-blinding to avoid offending frail sensibilities. I have neither time nor patience for such tiptoeing. I prefer the boot of truth to slam down to earth like thunder, no matter the shock of hearing its clap.”

It is unclear why Blow referred to Trump’s title of president in quotation marks, but his basic point is: Rather than beating around the bush like other pundits, he is telling Trump’s presidency like it is — regardless of how hyperbolic he may sound to some.

“Trump is no Hitler, but the way he has manipulated the American people with outrageous lies, stacked one on top of the other, has an eerie historical resonance. Demagogy has a fixed design,” said Blow — clarifying that he is, in fact, not calling Trump “literally Hitler.”

Blow claimed that Trump employs the Hitlerian tactic of attributing his most brazen, wild claims to other people who remain anonymous — e.g. “many people are saying” and “lots of people have said.” This allows Trump to employ lies “to assault and subdue” the consciousness of Americans, argues Blow.

“It is Trump doing to political ends what Hitler did to more brutal ends: using mass deception as masterful propaganda,” added the liberal columnist. He later took his rhetoric down a notch, saying that Trump is not a real danger to most Americans, but that people should still realize they are “being manipulated.”

While the article was very popular and even spent a significant amount of time trending on Twitter, it also caused significant outrage among many on the right and center. Daily Wire editor Ben Shapiro even penned a lengthy piece decrying the hyperbolic nature of Blow’s column, though ironically participated in hyperbole himself by calling the article the “WORST Op-Ed Ever.”