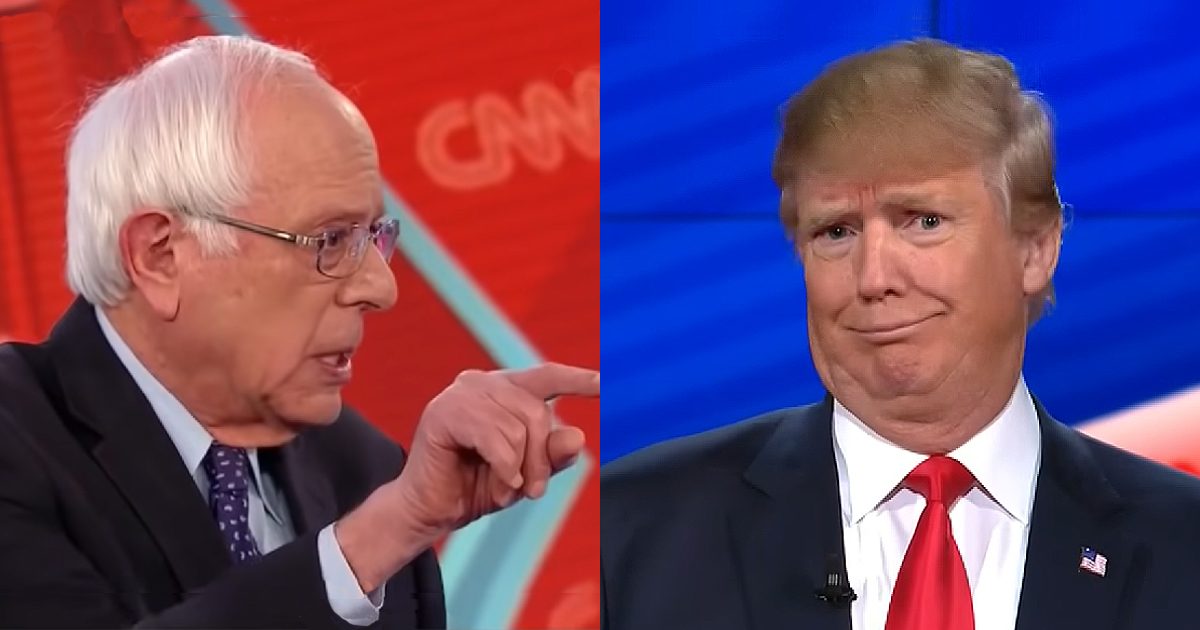 When suggesting that Sanders and Trump share the ability to channel hate at a group of people, Milbank argued, “It’s less hateful, perhaps, to blame billionaires than immigrants or certain ‘globalists’ for America’s troubles, but the scapegoating is similar.”

Milbank — who notes at the end of the article that his wife works for Sanders’ Democratic primary opponent John Hickenlooper — took to Twitter to blame criticisms of his piece on “the vitriol and name-calling” of “the Bernie Bros.”

In my column noting parallels in style (not substance) between Sanders and Trump, I wrote: “the support for Sanders shows that the angry, unbending politics of Trumpism are bigger than Trump.” The vitriol and name-calling in the Bernie Bros’ replies sadly proves the point. https://t.co/a0aLT6CiUP

While the piece received a wholehearted endorsement from Milbank’s Washington Post colleague Jennifer Rubin, it was generally mocked online. Check out a few of the media reactions to the “lazy” column on Sanders and Trump’s shared “weird hair”:

This article demonstrates every single thing wrong w/ MSM & why progressives can’t stand them. Thank you @Milbank for clinic in establishment cluelessness. 6PM ET on https://t.co/9csxZOvfyQ: Bernie Sanders has emerged as the Donald Trump of the left https://t.co/8r1QWKgdMQ

The @washingtonpost is a complete joke https://t.co/G9Kc6mmHfV

uhh if that’s gonna be your take you should probably run this disclosure at the top pic.twitter.com/VZFfOVLGP2

In moronically but predictably equating Trump & Bernie Sanders, the WPost’s Dana @Milbank (whose wife is working for the Hickenlooper campaign), inadvertently reveals the *real reason* so much of the media and DC establishment hate Bernie: https://t.co/az5eIjXTIW pic.twitter.com/3KjRJd6iEW

Dana Milbank is correct, Bernie can and will win the presidencyhttps://t.co/goERPI05v3

Dana Milbank’s “Bernie is Trump of the left” thing reads like the captions to one of those expanding brain panel memes https://t.co/flk91WpB85 pic.twitter.com/P73kGGGtfV

Mostly unimpressed by Bernie Trump comparisons b/c they’re so lazy. Both say things about… trade! &… tap into widespread fury!

yeah and Father Tiso & Oscar Romero were both foreigners affiliated with the Roman Catholic Church, there were some key differences between them tho

Nina Turner, president of the pro-Sanders organization Our Revolution, and David Sirota, Sanders’ speechwriter, also slammed the op-ed on Twitter.

Seriously @washingtonpost? There is absolutely no comparison between Sen. @BernieSanders and Pres. Trump. One pushes hope and vision and the other stokes hate and division. It is obvious what you are doing and it is not a good look. https://t.co/GUpJQt27J3

Bernie: Billionaires should pay taxes, and we should guarantee health care as a human right

Trump: Kids should be ripped away from their parents at the border and thrown in cages