LSU Football Coach Ed Orgeron: 'Most' of Team Has COVID-19

LSU Football, Reigning National Champions, Hit With Outbreak as Coach Says ‘Most’ of the Team Has Contracted COVID-19 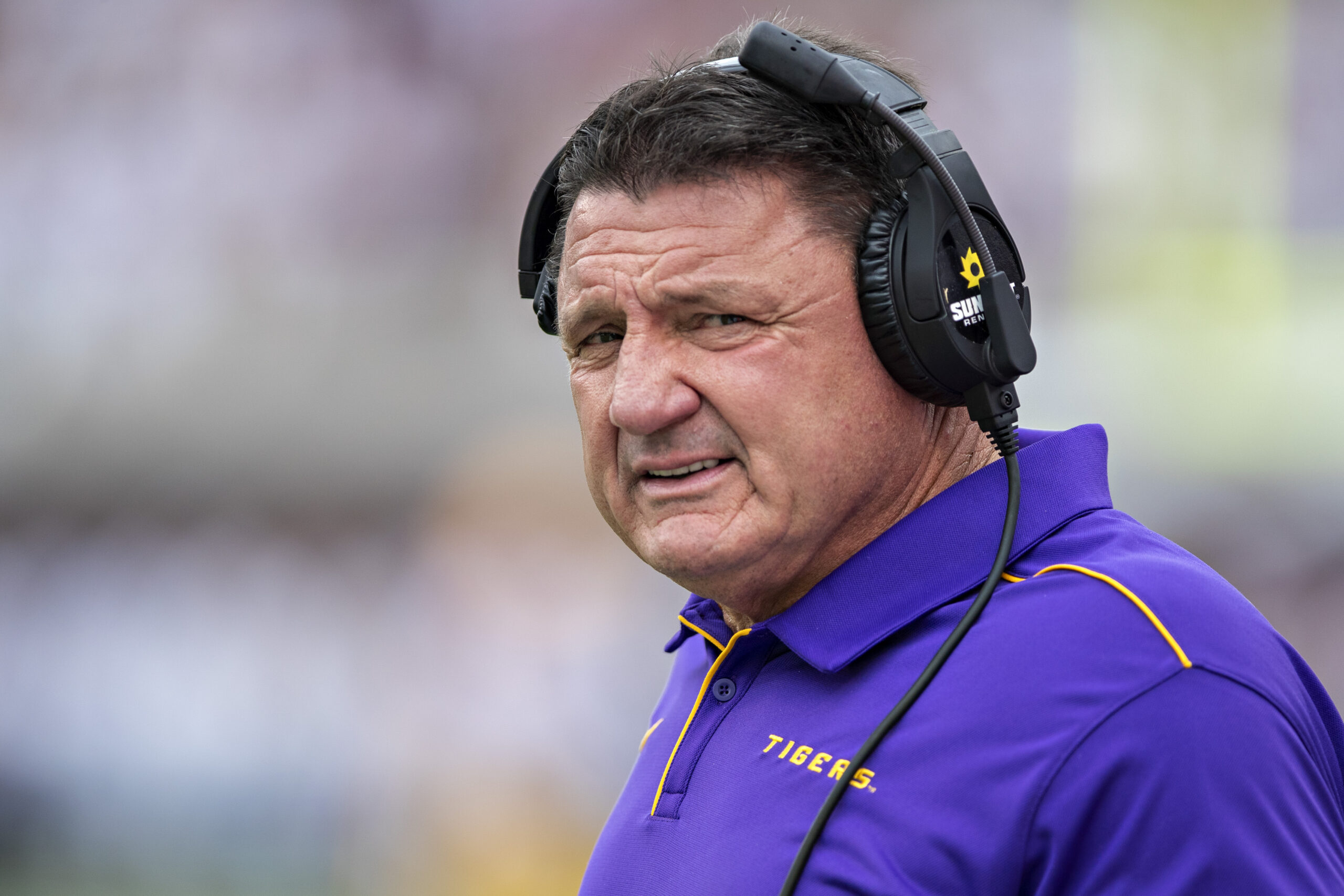 Louisiana State University (LSU) head football coach Ed Orgeron said most of his team has been infected with the coronavirus.

“Hopefully that once you catch it, you don’t get it again,” he continued, noting, “I’m not a doctor. I think they have that 90-day window, so most of the players that have caught it, we do feel like they’ll be eligible for games.”

College football players from other teams have also tested positive for Covid-19, with a total of 75 Texas Tech players testing positive since the beginning of the pandemic, according to a Monday report.

The SEC, a conference which counts LSU is a member, is one of three major college football conferences comprising the so-called Power 5 which have elected to play this fall. The other two, the Big Ten and the Pac-12, have postponed their seasons. Many critics have objected to college football games taking place — arguing that the players’ health is being risked for the financial benefit of others. (College football players are not paid.) Also, testing protocols are less stringent than they are in the pros.