Behind Michael Jordan's Newest Meme in 'The Last Dance' 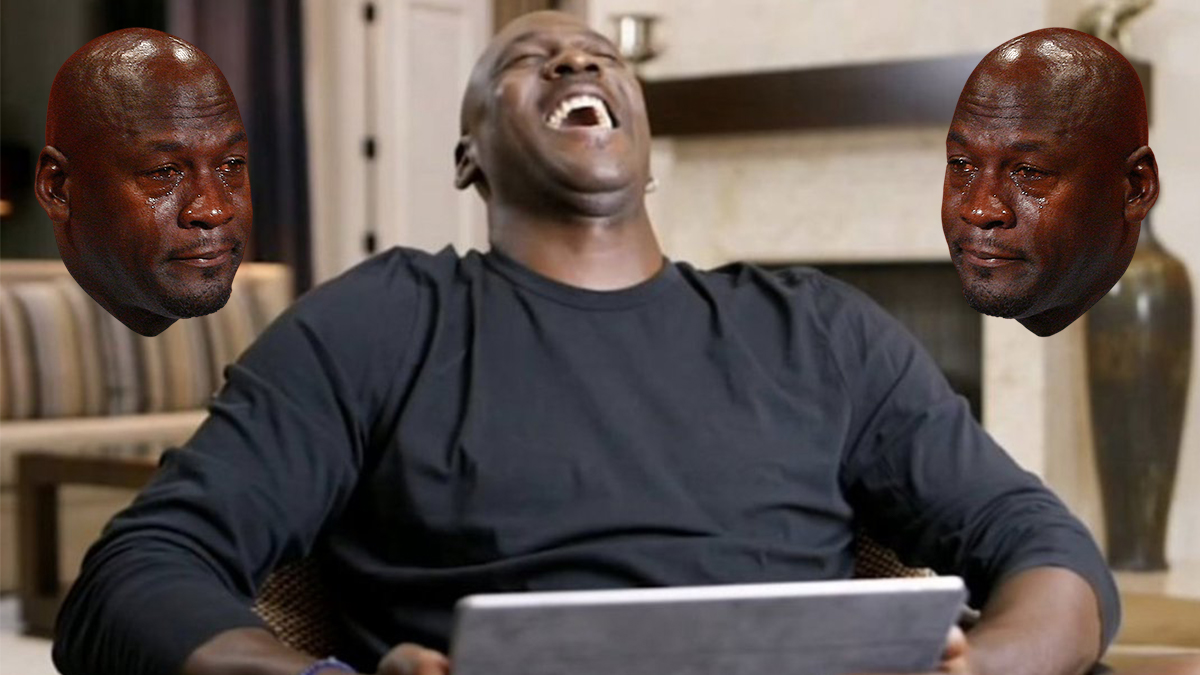 Michael Jordan is a meme again. The NBA superstar has set social media ablaze for making fun of former Seattle SuperSonic Gary Payton during the 8th episode of The Last Dance.

This isn’t new territory for Jordan. The “Crying Jordan” meme came from his 2009 NBA Hall of Fame speech when he was overcome with emotion. The picture is so famous it has its own Wikipedia page.

In February, Jordan delivered an emotional speech at the memorial of Kobe and Gianna Bryant and joked, “Now he’s got me — I’ll have to look at another crying meme for the next… I told my wife I wasn’t gonna do this because I didn’t want to see that for the next three or four years, but that is what Kobe Bryant does to me.”

Sunday’s newest Jordan meme originated from a discussion about the 1996 NBA Finals. Jordan’s Chicago Bulls ended the regular season with then-the best record in NBA history [72-10] and faced the Seattle SuperSonics in the Finals. The Bulls started the series up 3-0 a year after Jordan came back from his retirement, but Seattle fought back to push it to a sixth game.

“A lot of people backed down on Michael. I didn’t,” said Payton, Seattle’s star point guard in 1996. “I made it a point and said, ‘just tire him out, tire him the fuck out.’ I just had to tire him out.”

The screen cut to Jordan, who was watching the clip from his home in the documentary. Jordan started to crack up when Payton continued and said his defense “took a toll on Mike.” After Payton hinted that the SuperSonics could’ve won the title if then-head coach George Karl let him cover Jordan earlier in the series, Jordan lost it again.

When you find out a HS girlfriend has gone full MAGA pic.twitter.com/8QxT9ivdIX

When social media platforms receive your request for verification… pic.twitter.com/3x0durazWR

me when i realized Michael Jordan only agreed to be interviewed for this film so that we’d meme him doing other things than crying pic.twitter.com/wSPZnfulbi

Jordan was two years removed from the unexpected death of his father, James Jordan. The back-end of the Finals took place days before Father’s Day, where Jordan ultimately won his fourth championship on the holiday.