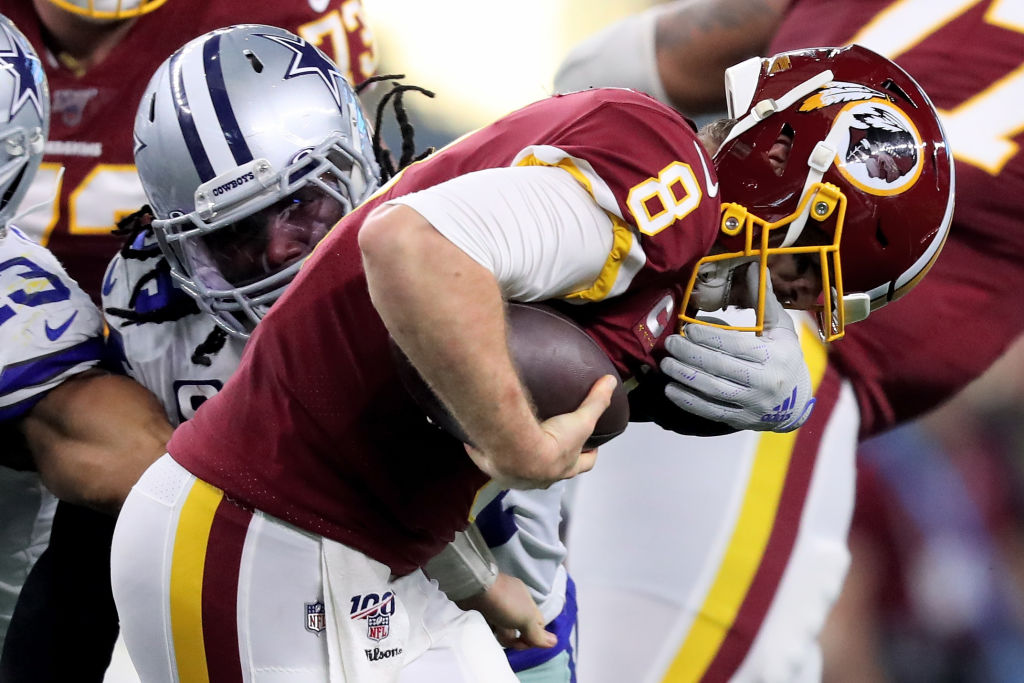 The Washington Redskins announced on Friday that the team would “undergo a thorough review” of their name, “in light of recent events around our country and feedback from our community,” an abrupt about-face from years of defending the Redskins name, including comments from team owner Dan Snyder that they would “NEVER” change the name.

The statement from the team, sent by email to reporters, did not commit to any specific time frame for a decision or guarantee the name would be changed, but included quotes from Snyder and Redskins head coach Ron Rivera, both of whom expressed support for the effort.

“This process allows the team to take into account not only the proud tradition and history of the franchise but also input from our alumni, the organization, sponsors, the National Football League and the local community it is proud to represent on and off the field,” said Snyder.

Added Rivera, “This issue is of personal importance to me and I look forward to working closely with Dan Snyder to make sure we continue the mission of honoring and supporting Native Americans and our Military.”

Potentially big news: The #Redskins have been having internal discussions about their team name and now will conduct a formal, thorough review. Full statement, including quotes from owner Dan Snyder, on a possible name change: pic.twitter.com/49mpesZGs9

For years, Snyder has vocally opposed any suggestion of changing the team name, even telling USA Today in 2013, “We’ll never change the name. It’s that simple. NEVER — you can use caps.” He continued to adamantly oppose a name change over the years, pointing to polls showing most Native Americans were not offended by the name and the legacy of the team’s logo as having been designed by a Native American, Blackfeet Nation chair Walter “Blackie” Wetzel.

“A Redskin is a football player,” Snyder told ESPN in 2014, dismissing critics who viewed the name as a racist slur. “A Redskin is our fans, the Washington Redskin fan base. It represents honor, represents respect, represents pride, hopefully winning.”

But 2020 is a different year, and after protests swept across the nation in the wake of George Floyd‘s death while being arrested by Minneapolis police officers, many companies and organizations took a renewed look at race and diversity issues — including two of the Redskins’ key corporate partners.

Both FedEx, the sponsor for the Redskins’ stadium, and Nike, which manufactures a significant amount of official team clothing and fan merchandise, have recently signaled support for a name change.

The Washington Redskins name has been a hotly contested debate for decades.

Now @FedEx, the title sponsor of the team’s stadium, has asked Washington to change its name.https://t.co/JXVvULDlrr

This week, Nike pulled all items from their website that had the Redskins name on it. In addition to FedEx’s public call for the team to change its name, the Washington Post editorial board added their support, echoing Snyder’s previous “NEVER” comment by writing, “Change the name. NOW.”

For years, Native Americans asked Dan Snyder to change his team’s name and he said it would NEVER happen. (And he put NEVER in all caps.)
Nike and FedEx asked him to change the name and less than 24 hours later he all but confirmed he’s going to do it.