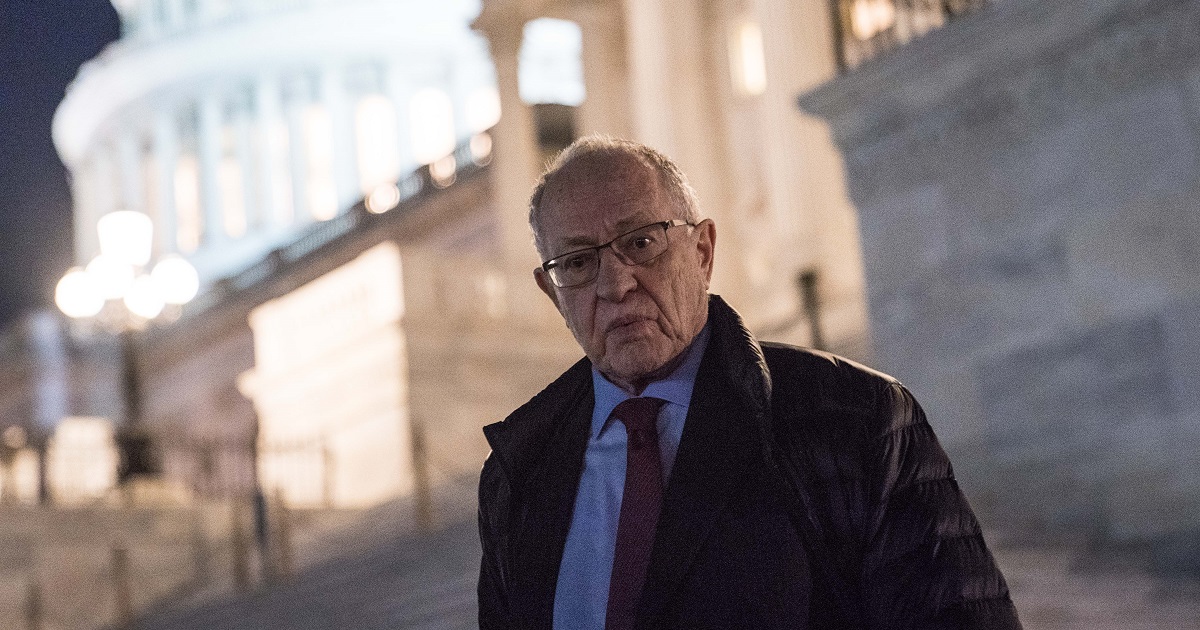 The Times of London reported Sunday that Dershowitz “lobbied Donald Trump to pre-emptively pardon Ghislaine Maxwell during the final days of his presidency after talks with her family.”

Dershowitz has ties to both Epstein and Trump. The lawyer and former Harvard Law professor represented Epstein when he received a sweetheart plea deal in 2008 for sex abuse. Dershowitz was himself accused of having sex with one of Epstein’s teenaged victims, an allegation he denies. He also represented Trump in his first impeachment trial.

Derhowitz denied the Times of London story when reached for comment by Mediaite.

“That is not accurate,” he said in an email.

Trump issued a blizzard of pardons at the end of his presidency, his acts of clemency reaching everyone from former strategist Steve Bannon to rapper Lil Wayne.

He spoke about the case publicly as well, after her arrest.

A jury found Maxwell guilty on five of six counts of sex trafficking and conspiring to entice minors on behalf of Epstein, who died by suicide in prison as he awaited trial.