Fox News Doctor Rejects Trump Dismissing Need For Ventilators to Hannity: ‘We Need as Many as We Can Possibly Get’ 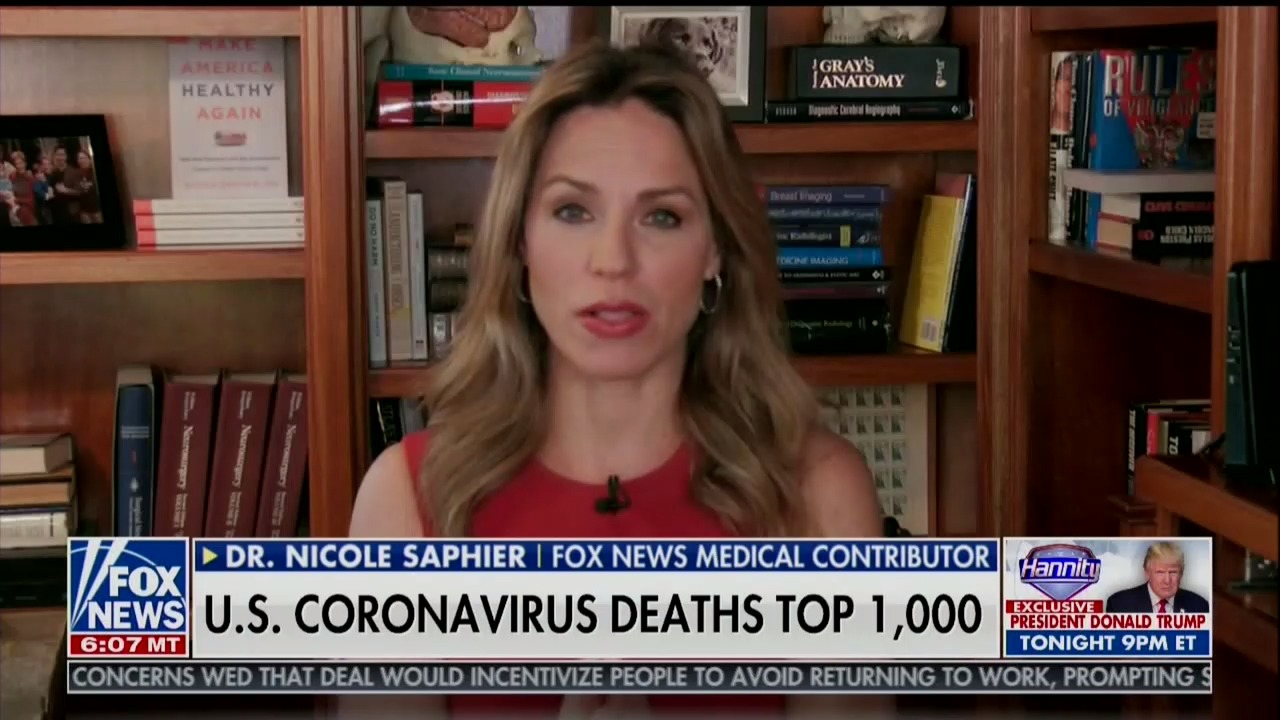 “Regardless of what anyone says, ventilators are low in supply and we need as many as we can possibly get while we continue to #SlowTheSpread,” she said.

Regardless of what anyone says, ventilators are low in supply and we need as many as we can possibly get while we continue to #SlowTheSpread.

Saphier’s informative tweet, made without referencing the president directly, came after Trump cast doubt on the dire prognostications from governors like New York’s Andrew Cuomo on the number of ventilators needed as the coronavirus ravages major population centers across the country.

“I have a feeling that a lot of the numbers that are being said in some areas are just bigger than they’re going to be,” Trump said. “I don’t believe you need 40,000 or 30,000 ventilators. You know, you go into major hospitals sometimes and they’ll have two ventilators. And now all of a sudden they’re saying, ‘Can we order 30,000 ventilators?’”

New York has been the state hit hardest by Covid-19, with the entire Elmhurst hospital in Queens turning into one dedicated fully to the outbreak. The New York Times reported this week that a refrigerated truck outside the facility held 13 bodies as the hospital becomes overwhelmed.