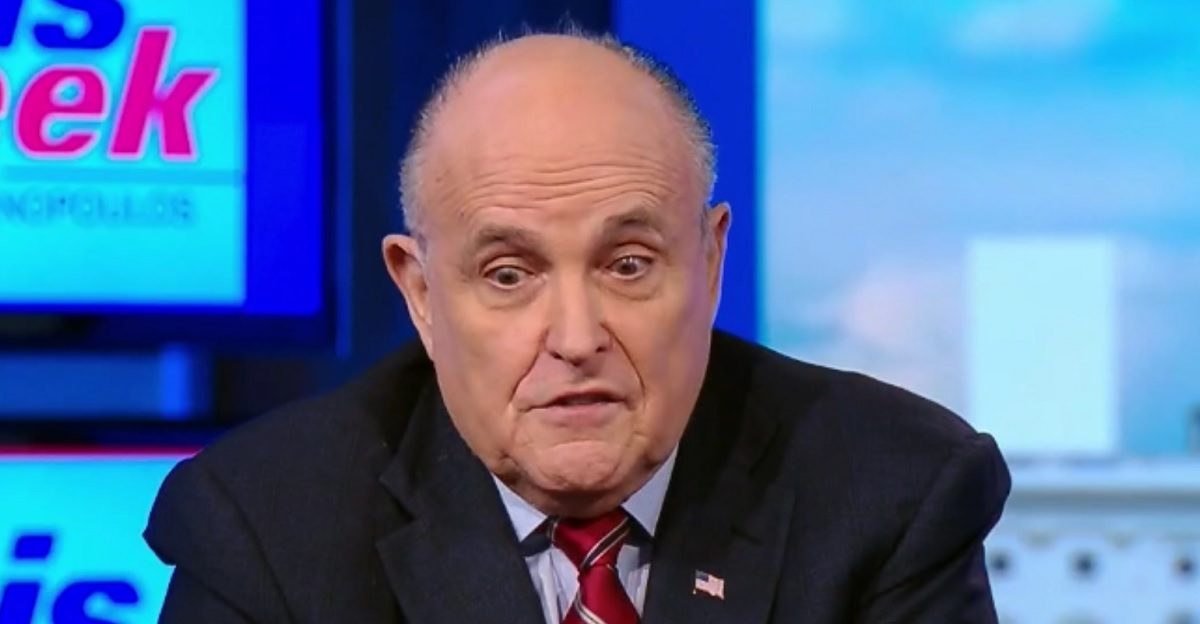 Rudy Giuliani makes an eyebrow-raising threat in a new interview, claiming he has proof the State Department encouraged him to investigate Joe Biden in Ukraine and that he’s planning on releasing it.

The former mayor of New York City turned personal lawyer for President Donald Trump made the potentially explosive claim in an interview with The Atlantic’s Elaina Plott.

In the complaint, the whistle-blower wrote that officials, including Ambassadors Kurt Volker and Gordon Sondland, “had spoken with Mr. Giuliani in an attempt to ‘contain the damage’ to U.S. national security,” and that the ambassadors had tried to help the Ukrainian administration “understand and respond to the differing messages they were receiving from official U.S. channels on the one hand, and from Mr. Giuliani on the other.”

When I asked him about this specifically, Giuliani nearly began shouting into the telephone. “The State Department is concerned about my activities? I gotta believe [the whistle-blower] is totally out of the loop, or just a liar,” he said.

It’s unclear where or when Giuliani plans to release these purported text messages.

Giuliani’s role as an unofficial envoy to Ukraine has raised questions about if he was in violation of The Logan Act, which makes it illegal for private citizens to negotiate with foreign governments on behalf of the United States. However, the law is rarely enforced or used.

Trump’s lawyer stunned earlier this week when he claimed in an interview with Fox News host Sean Hannity that his mission to Ukraine to dig up dirt on Biden was sanctioned by the State Department.