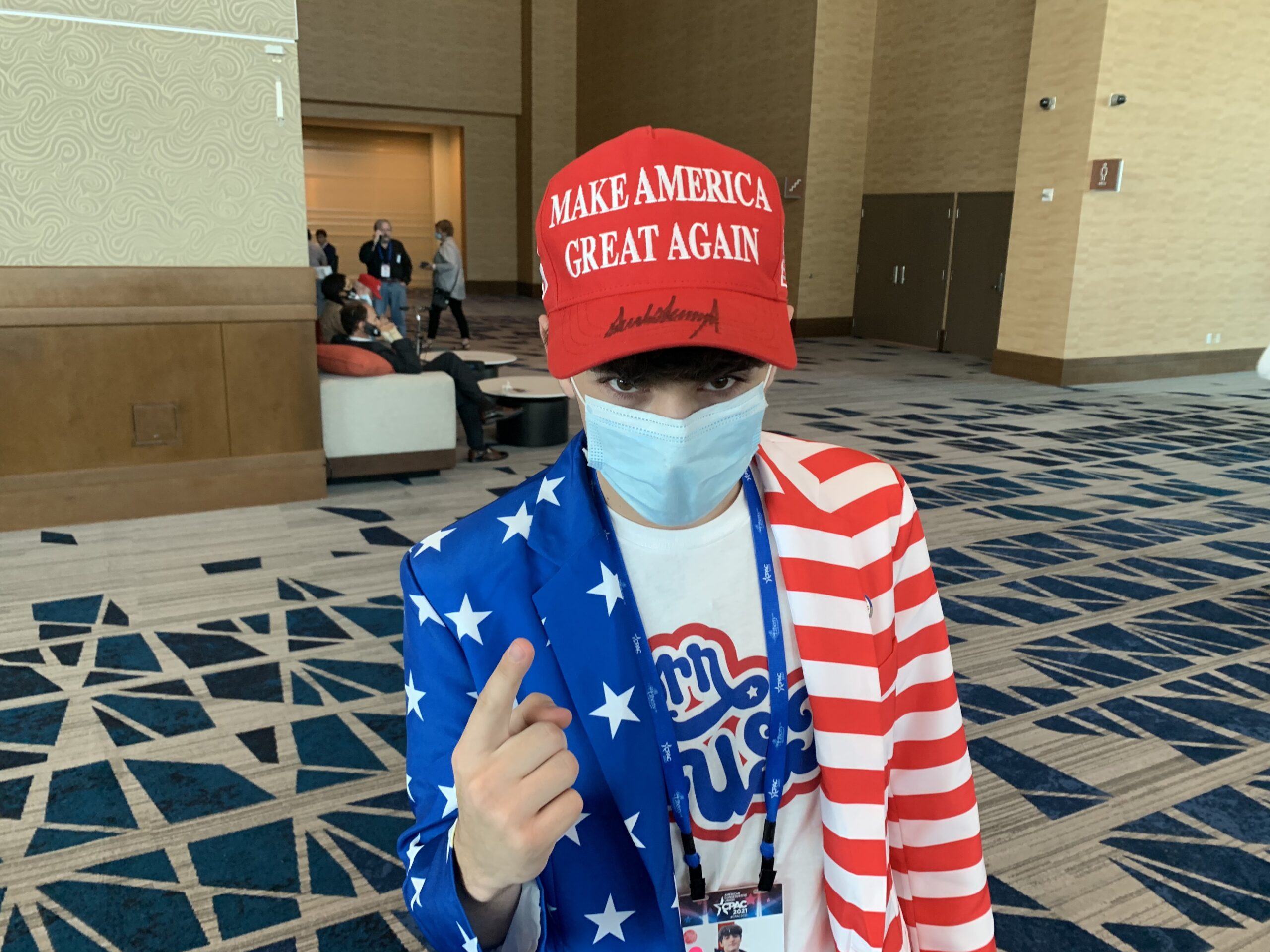 More than half a dozen 2024 hopefuls have spoken to a horde of Republican super-fans gathered at the Hyatt Regency for the annual Conservative Political Action Conference. Star speakers, from Ron DeSantis to Kristi Noem, were met with rapturous receptions.

He’s set to address the crowd, in his first speech since crashing out of office, moments after CPAC announced him as the winner of its annual straw poll revealing attendees’s preferred candidate for the 2024 presidential election.

If the 2024 primary were held today, Trump would be the preferred nominee of 55% of attendees.

Ron DeSantis, hero to lockdown critics, came second to Trump, with 22%. Noem led the rest of the candidates, all with less than 5%. Mike Pence, now considered a villain by many Trump supporters thanks to his refusal to block the certification of the Electoral College on Jan. 6, drew just 1%.

All of this might not come as a surprise, given CPAC’s reputation as a Trump love-fest. Most attendees that Mediaite spoke to — many clad in MAGA hats — still believe Trump is the future of the Republican Party.

Other Republicans, like DeSantis and Noem, are popular as well. That Trump won just 55% of the vote at CPAC, instead of a number closer to 110%, could be a sign that his support is losing some of its fervency. On top of that, just 68% of attendees said they wanted to see Trump run again. 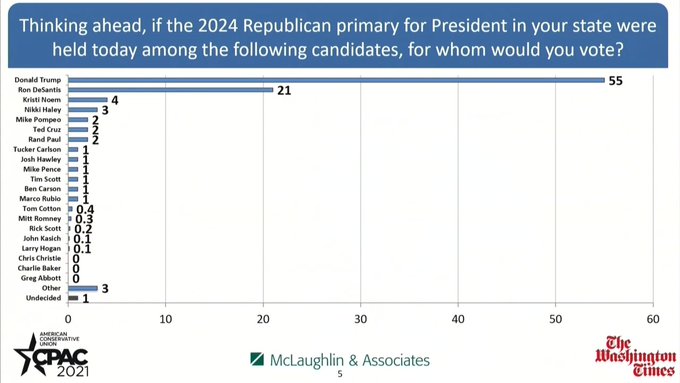 The CPAC straw poll also revealed that “election integrity” — after the unsuccessful attempt to wrest the 2020 election from Joe Biden — was the most important issue for attendees.