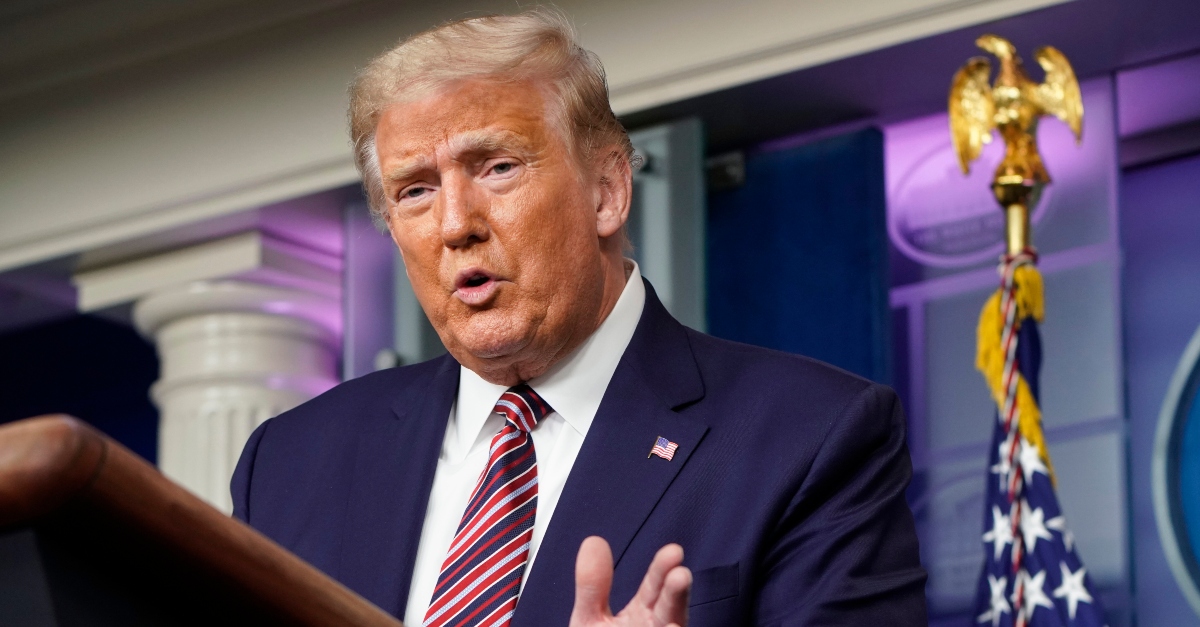 President Donald Trump is reportedly planning to declare victory if he’s look “ahead” on election night, before all votes have been counted.

Jonathan Swan of Axios reported Sunday, citing “three sources familiar with his private comments,” that Trump “told confidants he’ll declare victory on Tuesday night if it looks like he’s ‘ahead.'”

“That’s even if the Electoral College outcome still hinges on large numbers of uncounted votes in key states like Pennsylvania,” Axios reported, adding that the president “has privately talked through this scenario in some detail in the last few weeks, describing plans to walk up to a podium on election night and declare he has won.”

Trump has repeatedly demanded that a final vote total be delivered on November 3rd, despite the fact that official results have never been completed the night of the election. The coronavirus pandemic and a surge in mail voting is expected to delay the final results of the 2020 election.

Many on Twitter pointed out, in response to the Axios report, that neither candidate gets to decide who won the the election.

This would be like Coach Pederson telling confidants that he will declare victory at halftime tonight if the @Eagles are “ahead” over the Cowboys.

That’s not how it works and it’s not up to him. https://t.co/8NHSJxfj8g