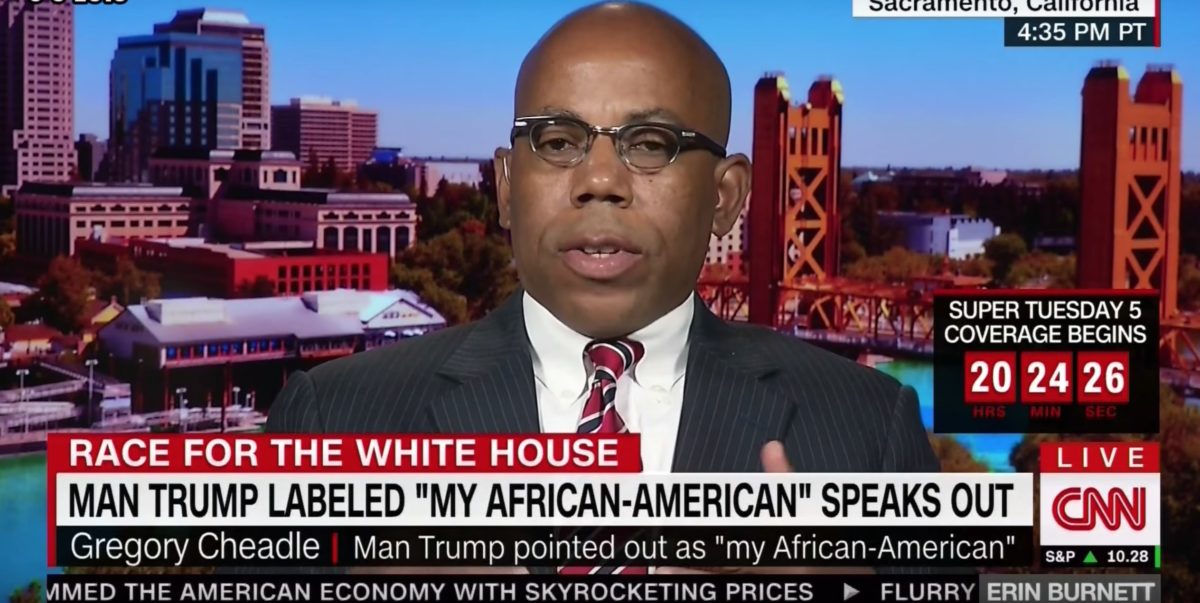 A black supporter of President Donald Trump, who was once praised by the president as “my African-American,” has left the Republican Party which he criticized as “pro-white.”

Gregory Cheadle told PBS NewsHour’s Yamiche Alcindor he has become fed up with the Republican Party, feeling like black people were being used as “political pawns” and accusing the GOP of running a “pro-white” agenda.

“President Trump is a rich guy who is mired in white privilege to the extreme,” said Cheadle. “Republicans are too sheepish to call him out on anything and they are afraid of losing their positions and losing any power themselves.”

According to the Reading, California man, Trump insulting Rep. Elijah Cummings‘ district and his attacks on Reps. Alexandria Ocasio-Cortez, Ilhan Omar, Ayanna Pressley and Rashida Tlaib were the straws the broke the camel’s back so to speak.

Cheadle, a real-estate broker, became known in 2016 when then-candidate Trump pointed to him at a rally and said, “Look at my African American over here. Look at him. Are you the greatest?” Cheadle says that at the time he took the president’s comments as a joke but now says “I’m more critical of it today than I was back then because today I wonder to what extent he said that for political gain or for attention.”

Cheadle now says he intends to run as an independent for Congress. He has run for Congress five times in the state’s 1st District, which is currently represented by Republican Rep. Doug LaMalfa.

Due to California’s “jungle primary” system only the top two vote-getters in a primary can advance to a general election.