Mulvaney Not Worried About Getting Fired: 'Knows Too Much'

NY Times: Mulvaney Not Worried About Getting Fired Because ‘He Knows Too Much’ About Trump and Ukraine 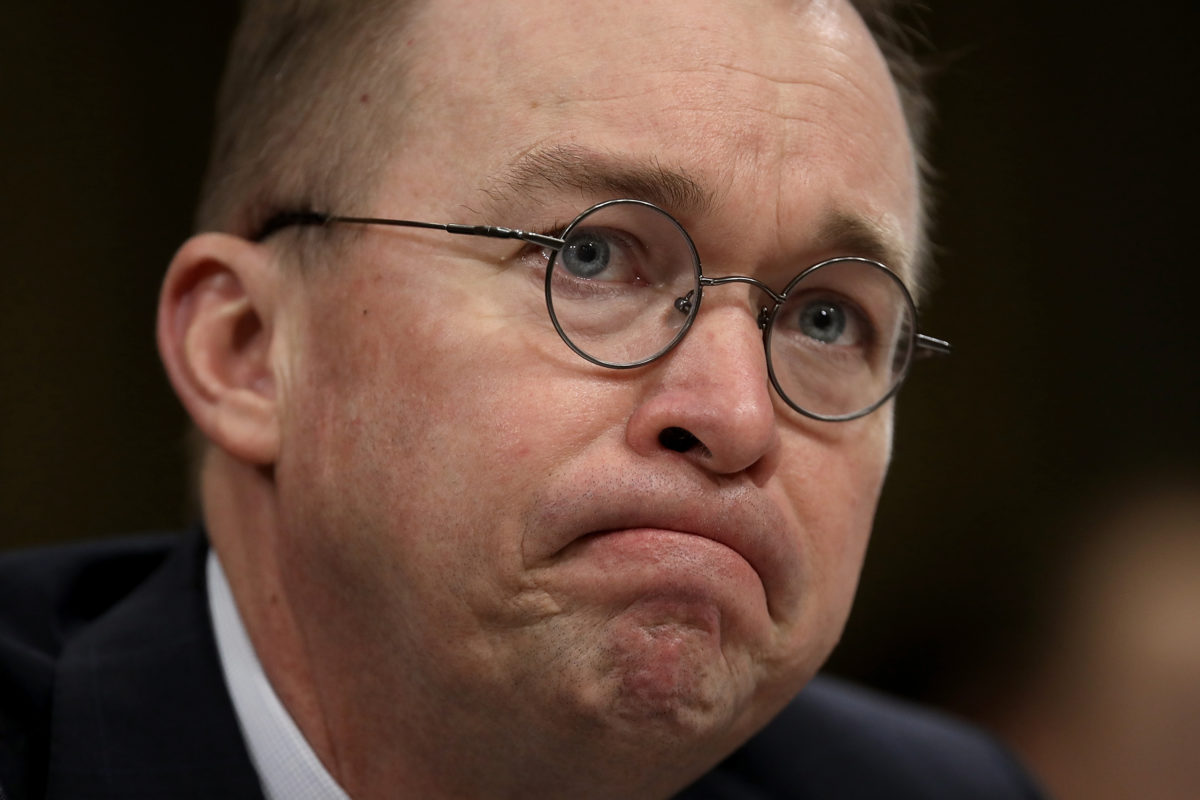 Ever since his poorly received White House press briefing in which he essentially admitted to the quid pro quo that lays at the center of the impeachment inquiry into President Donald Trump,  Acting White House Chief of Staff Mick Mulvaney has reportedly been on thin ice.  But the New York Times is reporting that Mulvaney has told associates that his job is secure because “he knows to much” about the Trump administration’s pressuring Ukraine to deliver dirt on Democrats.

The entire article focuses on the ongoing internal political battles brought forth by the White House efforts to combat what looks like an inevitable impeachment of President Trump, in particular, an ongoing power struggle between Mulvaney and White House Lawyer Pat Cipollone. Amidst this report, however, is the bon mot that Mulvaney is in too deep with Trump’s non-traditional state dealings with Ukraine.

The latest personnel struggle echoed an attempt by Mr. Mulvaney several weeks ago to hire former Representative Trey Gowdy, a fellow South Carolina Republican, to join the president’s legal team. Mr. Cipollone and others were said to take issue with the idea, concerned it was an effort by Mr. Mulvaney to run his own legal team. Mr. Cipollone told allies he had no such concerns, but eventually, Mr. Gowdy bowed out, facing an issue with a ban on former House members lobbying Congress.

Despite his own tenuous job status, Mr. Mulvaney has privately told associates in recent days that there is no easy way for Mr. Trump to fire him in the midst of the impeachment fight, the implication being that he knows too much about the president’s pressure campaign to force Ukraine to provide incriminating information about Democrats.