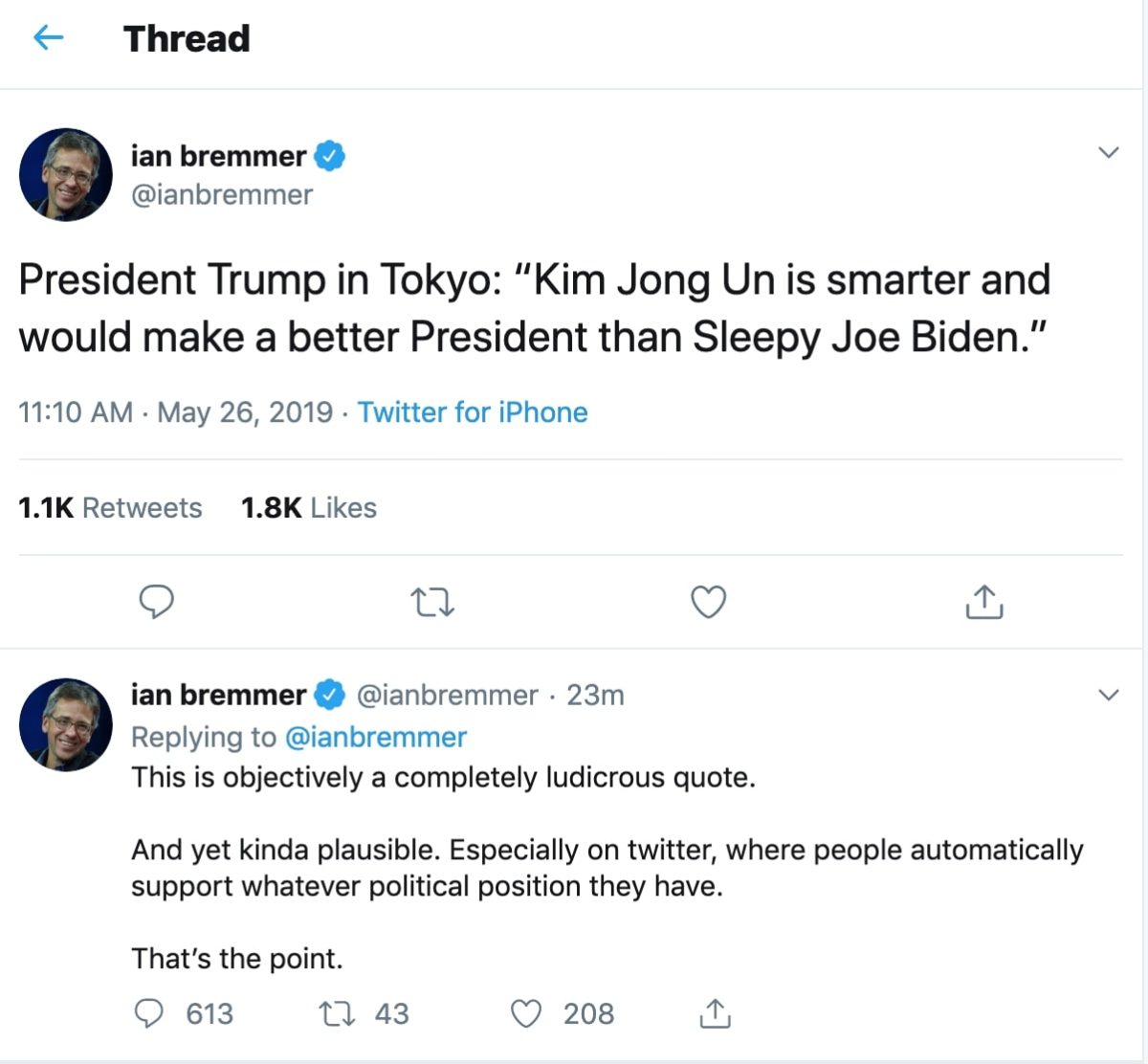 A New York University political science professor faced outrage from Twitter for creating a fake quote from President Donald Trump, then defending it as “plausible.”

Ian Bremmer posted the fake quote Sunday morning without context, leading many of his followers and others to believe Trump really said “Kim Jong Un is smarter and would make a better President than Sleepy Joe Biden,” when Trump did not.

He later posted a response to his original posting along the same lines, defending the original tweet as some sort of social experiment. Bremmer then later deleted the entire thread of tweets.

Bremmer’s tweet follows a real tweet from the president where he seemingly praised Kim Jong Un for attacking Biden.

A number of verified journalists criticized Bremmer for posting the falsehood.

This quote is fabricated. As often, no idea what Bremmer is doing. https://t.co/gMQoo3c3i1

This is not a real Trump quote; what he and Sarah Sanders said on this is bad enough as is. If you’re basing your views of reality based on Ian Bremmer’s tweets in 2019, please reconsider. pic.twitter.com/izVoCXcsly

People are retweeting his first tweet as if it’s real and meanwhile he says “it’s plausible.” pic.twitter.com/mb9xm5pmtw

Nothing makes me feel more pissed on Twitter than when I get taken in by a fake quote/story and then turn around and propagate it. Pissed because I was taken advantage of, and pissed because I should’ve double-checked myself. But seriously, @ianbremmer, you’re not helping.

Bremmer confirmed the tweet was fake, attempted to defend it as some sort of commentary on partisanship and Twitter, and then deleted both tweets after getting ratio-ed. ?

It appears @ianbremmer made up a Trump quote, presented it as real, watched as it spread through Twitter, and then, when called on his fabrication, defended himself by saying the quote was ‘plausible.’ Now, he seems to be enjoying the brouhaha…