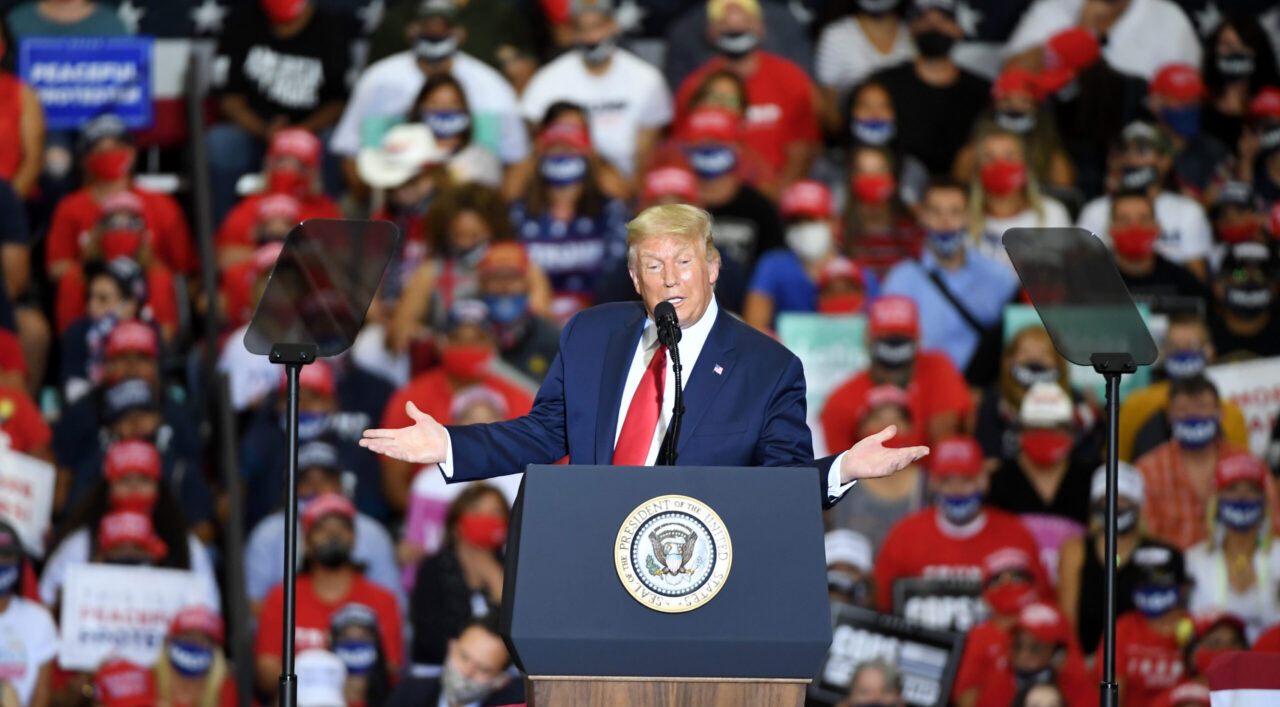 Moments after President Donald Trump began speaking at a rally in Bemidji, MN on Friday, the news of Justice Ruth Bader Ginsburg’s passing became public. Yet for the duration of his speech, the president was not informed. Now, a new report explains why Trump was kept in the dark.

According to The New York Times, the decision not to tell Trump about the Justice’s passing was a conscious one — made by aides who were afraid of how the crowd would react to the news.

When news broke on Friday that Justice Ruth Bader Ginsburg had died, President Trump was just five minutes into a campaign rally in Minnesota and aides opted not to pass word to him onstage. If he announced the death of the liberal justice from the lectern, they feared the crowd would cheer.

And so, for more than an hour and a half, the president stuck to his usual rally fodder. At one point, Trump even riffed on the Supreme Court.

“That’s why the Supreme Court is so important, the next president will get one, two, three, or four justices,” Trump said. “I had two. Many presidents have had none. They’ve had none. Because they’re there for a long time.”

Some in the crowd shouted the news of Ginsburg’s passing, in an effort to inform the president. But Trump was unable to hear them.