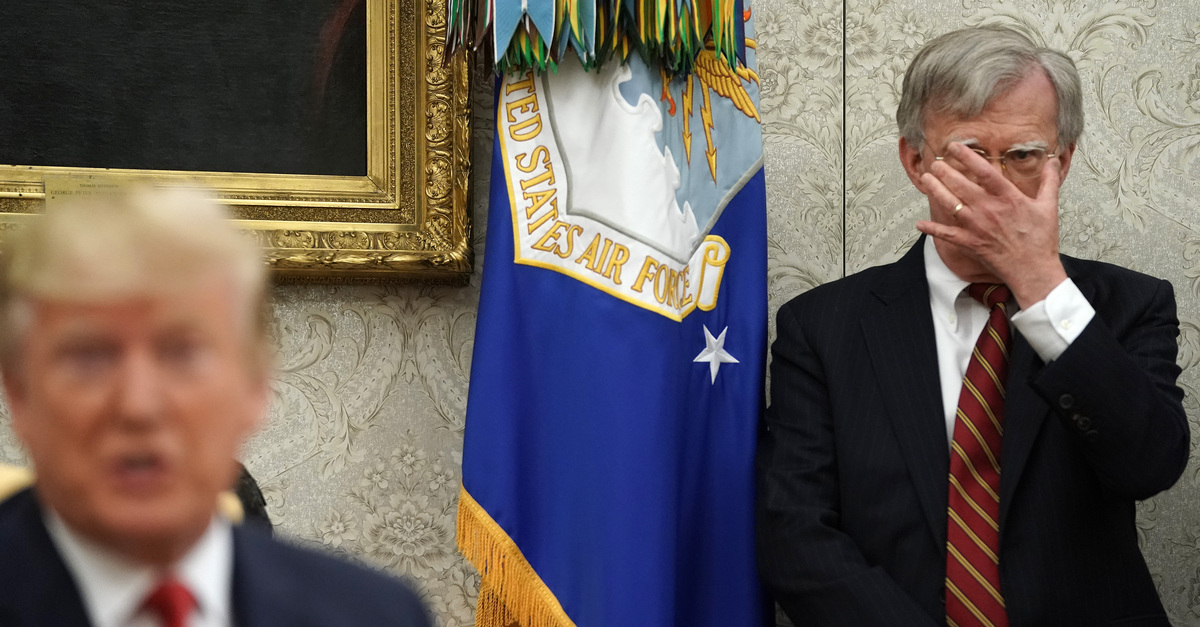 President Donald Trump lashed out at John Bolton as reports of a damning tell-all book from his former National Security Advisor begin to emerge. Among the potentially politically damaging details to emerge is that Trump is singularly focused on a second term that he allegedly asked Chinese President Xi to help in his re-election effort.

The Room Where It Happened, Bolton’s upcoming memoir, is expected to provide numerous examples of Trump’s foreign policy blunders and transgressions that Bolton viewed as possibly impeachable. The Justice Department is trying to stop the book’s release by claiming it contains classified information, and the president is storming against his former national security adviser.

Bolton notably refused to testify in the House impeachment hearings earlier this year despite being a central figure in the investigation into Trump’s apparent effort to withhold congressionally-approved military aid to Ukraine in return for evidence aimed to hurt his domestic political rivals, notably former Vice President Joe Biden, the presumptive Democratic nominee for president.

Bolton’s book reportedly paints an extremely chaotic White House, a president eager to do favors for dictators and plainly states that Trump is not fit for the office of the presidency. But Trump dismisses all this by claiming Bolton was fired and his entire screed is nothing but vengeful payback from a disgruntled employee.

Trump loves to insult his rivals and this tweet opens with “Wacko John Bolton” before citing the New York Times calling the book “exceedingly tedious.” Trump dismisses the book as fiction, as being “made up of lies & fake stories”:

Wacko John Bolton’s “exceedingly tedious”(New York Times) book is made up of lies & fake stories. Said all good about me, in print, until the day I fired him. A disgruntled boring fool who only wanted to go to war. Never had a clue, was ostracized & happily dumped. What a dope!

Bolton’s book, which is getting terrible reviews, is a compilation of lies and made up stories, all intended to make me look bad. Many of the ridiculous statements he attributes to me were never made, pure fiction. Just trying to get even for firing him like the sick puppy he is!

….He didn’t want Bolton anywhere near him. Bolton’s dumbest of all statements set us back very badly with North Korea, even now. I asked him, “what the hell were you thinking?” He had no answer and just apologized. That was early on, I should have fired him right then & there!