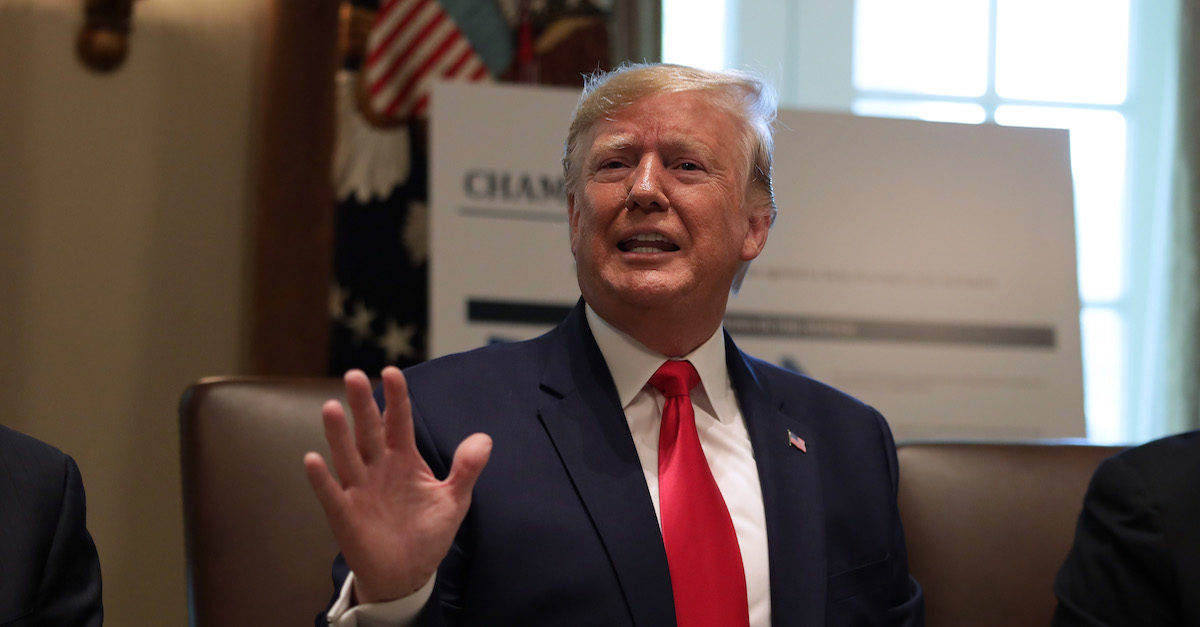 Donald Trump is lying about the 2020 presidential election again.

The 45th president fired off three logorrheic emails to his subscribers on Wednesday afternoon in order to whine about nonexistent voter fraud.

Trump was reacting a decision made earlier in the day by a judge in Georgia who dismissed a lawsuit filed against election officials in Fulton County. A small group of plaintiffs was seeking to inspect the county’s 147,000 absentee ballots that had been cast in last year’s election. The judge ruled the plaintiffs lacked standing.

“Here we go again,” whined Trump. “After a very long wait, a judge in Georgia refuses to let us look at the ballots, which I have little doubt are terrible. This whole situation is a disgrace to our Country. Why can’t the public see the ballots? Our Country is going to hell and we are not allowed transparency even in our Elections. The people of Georgia deserve to know the truth. So unfair to them and our Country. The fight continues, we will never give up. Our Elections are so corrupt and nobody wants to do anything about it!”

There is of course no evidence of significant, election-changing fraud in Georgia, where a state audit confirmed Joe Biden’s narrow victory.

Why isn’t the January 6th Unselect Committee of partisan hacks studying the massive Presidential Election Fraud, which took place on November 3rd and was the reason that hundreds of thousands of people went to Washington to protest on January 6th? Look at the numbers now being reported on the fraud, which we now call the “Really Big Lie.” You cannot study January 6th without studying the reason it happened, November 3rd. But the Democrats don’t want to do that because they know what took place on Election Day in the Swing States, and beyond. If we had an honest media this Election would have been overturned many months ago, but our media is almost as corrupt as our political system!

The Capitol was stormed on January 6 because Trump had been claiming to his tens of million of supporters that their votes had essentially been invalidated in a rigged election. Because of this, some of them went to Washington on January 6.

In a third and mercifully brief statement, Trump wrote, “If we don’t solve the Presidential Election Fraud of 2020 (which we have thoroughly and conclusively documented), Republicans will not be voting in ‘22 or ‘24. It is the single most important thing for Republicans to do.”

Trump was perhaps suggesting that the perceived corruption in the nation’s elections by Republicans could deter them from voting in upcoming elections. Right now, he’s not doing a whole lot to convince them otherwise.