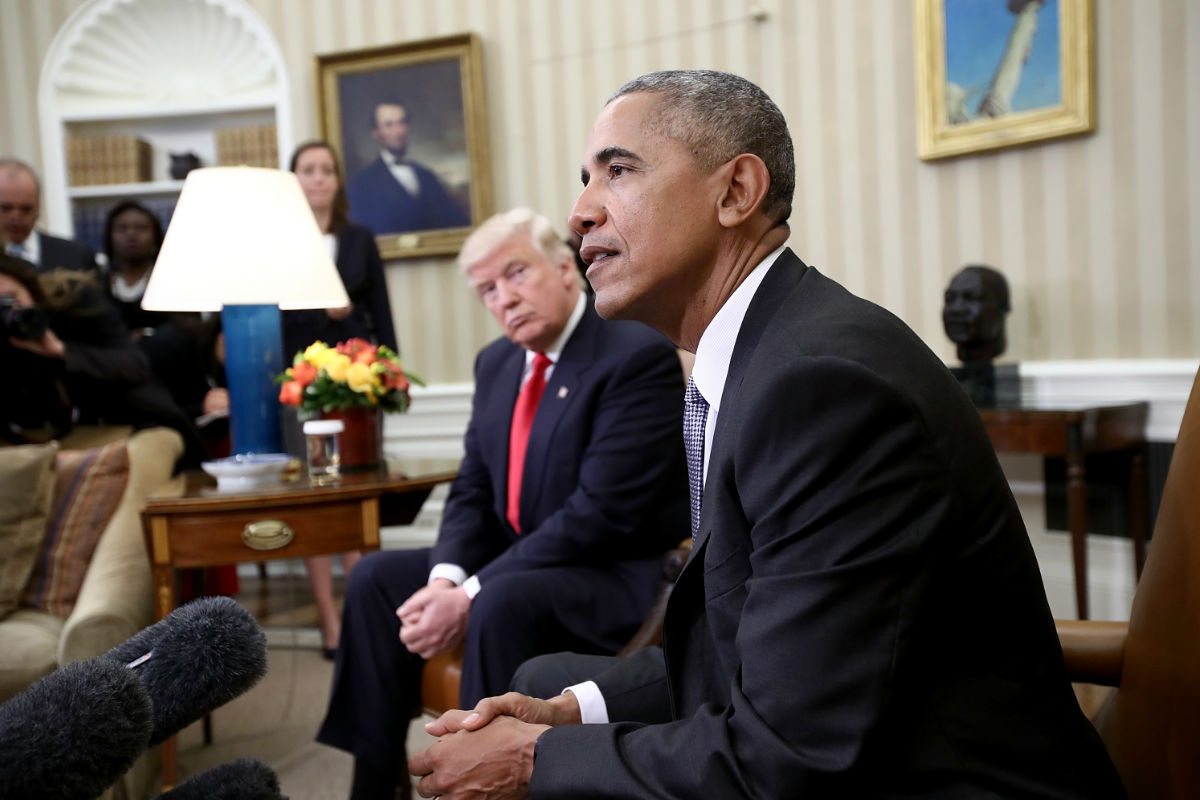 President Donald Trump started Monday morning by complaining that Congress is not investigating the post-presidency business dealings of Barack Obama.

Trump opened by falsely claiming that the House Judiciary Committee has “given up on the Mueller Report,” seemingly ignoring the fact that House Judiciary chair Jerrold Nadler announced just last week an active Congressional investigation based in part on details emerged from Special Counsel Robert Mueller’s office.

But it was not enough to entirely dismiss a 400+ page report in 140 characters. President Trump then aimed to deflect by suggesting the House investigate the “Obama Book Deal, or the ridiculous Netflix deal,” and “all the deals made by Dems in Congress, the “Congressional Slush Fund,” and lastly the IG Reports.”

House Judiciary has given up on the Mueller Report, sadly for them after two years and $40,000,000 spent – ZERO COLLUSION, ZERO OBSTRUCTION. So they say, OK, lets look at everything else, and all of the deals that “Trump” has done over his lifetime. But it doesn’t….

….work that way. I have a better idea. Look at the Obama Book Deal, or the ridiculous Netflix deal. Then look at all the deals made by the Dems in Congress, the “Congressional Slush Fund,” and lastly the IG Reports. Take a look at them. Those investigations would be over FAST!

The use of government to investigate political opponents without credible evidence is a hallmark of an authoritarian leader. Is Trump seriously asking Congress to investigate Obama’s book deal or his production deal with Netflix? He and his supporters would likely say that his comments are only hyperbolic jokes used to expose what they see as an unfair investigation led by Mueller.

But joking about investigating political opponents…isn’t funny? Also, a very dangerous trend? That’s what Trump critics would quite reasonably say, and they would not be wrong.

And the beat goes on…

UPDATE: Trump was not done…  harranging? He later tweeted:

They failed on the Mueller Report, they failed on Robert Mueller’s testimony, they failed on everything else, so now the Democrats are trying to build a case that I enrich myself by being President. Good idea, except I will, and have always expected to, lose BILLIONS of DOLLARS..

….for the privilege of being your President – and doing the best job that has been done in many decades. I am far beyond somebody paying for a hotel room for the evening, or filling up a gas tank at an airport I do not own. These Radical Left Democrats are CRAZY! Obama Netflix?

This post has been updated to more accurately explain Trump’s complaint his predecessor is not being investigated.