President Donald Trump warned that an unnamed force wants Thanksgiving to be called something other than “Thanksgiving” at a rally Tuesday night, a belief that is likely derived from Fox News segments declaring a “war” on the holiday.

The president also promised cheering supporters that he will not be changing the name of “Thanksgiving.”

“Some people want to change the name Thanksgiving,” Trump said at the beginning of his rally in Sunrise, Florida. “They don’t want to use the term Thanksgiving. And that was true also with Christmas. But now everybody is using Christmas again. Remember I said that?”

“People have different ideas why it shouldn’t be called Thanksgiving,” Trump continued. “But everybody in this room I know loves the name Thanksgiving and we’re not changing it.”

Trump’s apparent belief that Thanksgiving is under attack is likely derived from Fox News, his favorite television network and the originator of the War on Christmas.

This month, an article from HuffPost offered advice on how to have an environmentally friendly Thanksgiving dinner. That story sparked mass coverage at Fox News: it was covered on Fox & Friends, Fox & Friends First, Tucker Carlson Tonight, The Five, The Ingraham Angle, Fox News @ Night. It gave us this incredible graphic, spawning the “War on Thanksgiving”: 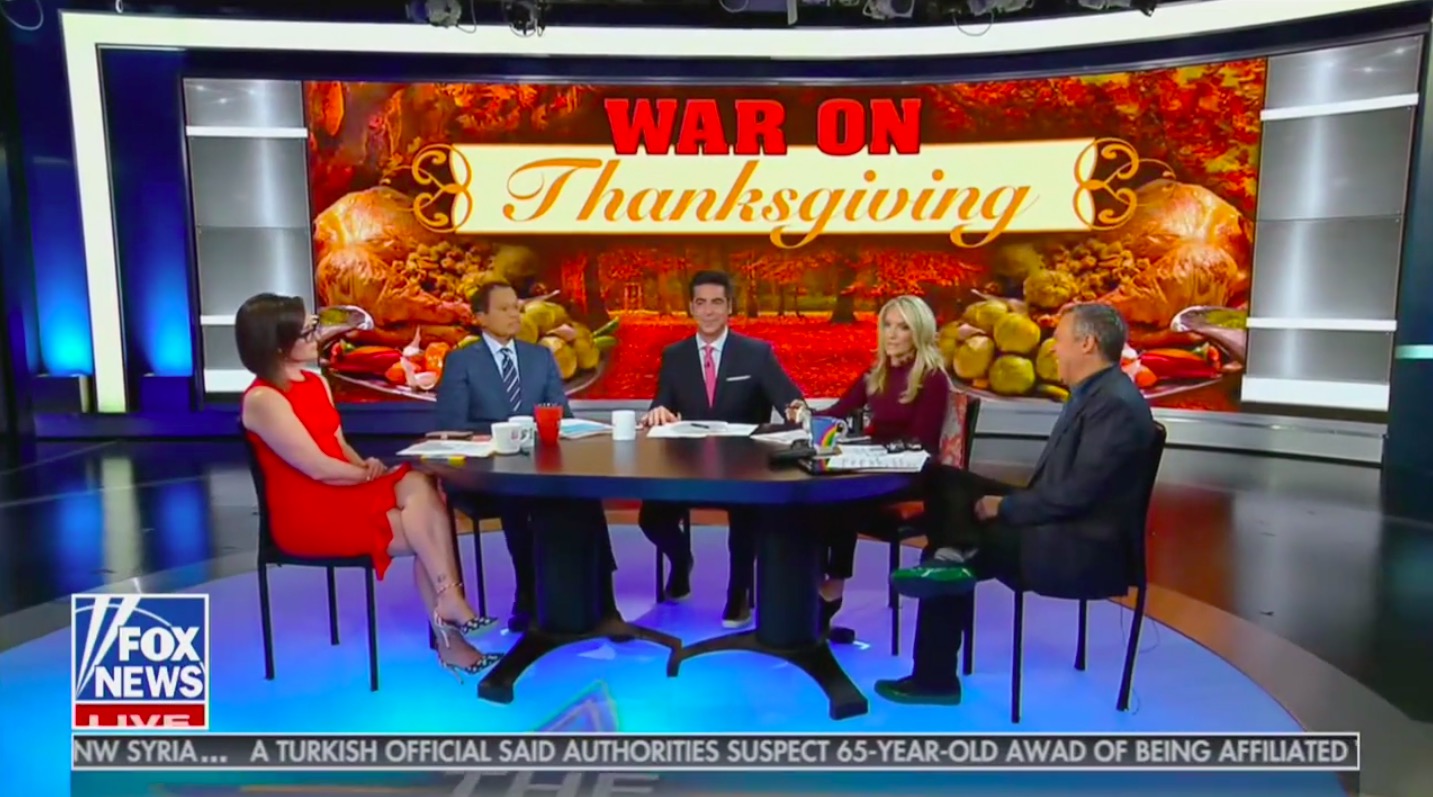 UPDATE: In some kind of vicious cycle of inanity, the war on Thanksgiving made it back onto Fox & Friends the morning after Trump’s rally.