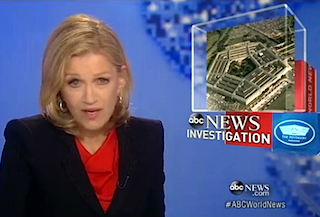 Monday night, ABC’s World News with Diane Sawyer revealed a new report from John Sopko, the Special Inspector General for Afghanistan Reconstruction (SIGAR), which claims the United States has paid more than $150 million to Afghan companies that may have helped finance terror attacks on U.S. soldiers and assets in Afghanistan.

Among the 43 companies listed by SIGAR, one is a road construction company that is believed to partly owned by a leader of the Haqqani network, which was responsible for a 2011 attack on the U.S. Embassy in Kabul that killed 16 people.

“The reason they’ve given us is that it’s not fair to these contractors that the evidence that we’ve presented, and this is evidence collected by the United States government, is classified,” Sopko told ABC News. “That’s the absurdity of it. We can probably attack them via drone on Monday and we’ll issue them a contract on Tuesday.”

In an interview with ABC News, Sen. Jeanne Shaheen (D-NH), who sits on the Senate’s Armed Services and Foreign Relations committee, likened the U.S. actions to “subsidizing the Taliban, al Qaeda, the Haqqani network, those groups that are trying to shoot and kill our soldiers.”

Pentagon officials would not discuss the allegations with ABC News directly, but the U.S. Army issued a statement that read, in part:

“The army takes seriously any allegations of improper contractor activities and has vigorous processes to ensure that those with whom we do business are not supporting the insurgency or otherwise opposing U.S. and collation forces in Afghanistan.”