ABC Weatherman And Wife Charged With Assault And Disorderly Conduct

ABC Weatherman And Wife Charged With Assault And Disorderly Conduct 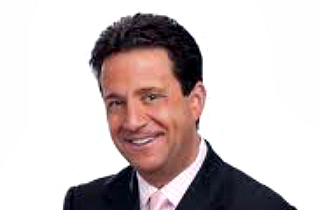 WABC-7 meteorologist Bill Evans and his wife are both facing third-degree assault and disorderly conduct charges stemming from a May argument in their Old Greenwich, Conn., residence.

The couple, reportedly in the midst of a divorce, had an “altercation” at their home on May 4. After police obtained arrest warrants for both involved, Bill Evans, surrendered to police last Thursday. His wife, Dana, turned herself in the following day.

Both are scheduled for separate court appearances in relation to their charges.

Bill Evans’ attorney released a statement indicating that after 19 years of marriage, “Bill and Dana are presently going through a difficult divorce. Our understanding is that on May 20, more than two weeks after an argument, Dana was advised by her divorce attorneys to file the complaint which led to the Police Investigation.”

“After seeking counseling at a local domestic violence center, Dana reported the incident to the Greenwich Police. Obviously divorces can get emotional and we expect Dana to be cleared of these charges in due time. The safety, privacy and welfare of her family continue to be her primary concern.”

Evans has long been a well-known TV personality in the New York area, serving as WABC-TV’s meteorologist since 1989. ABC itself offered no comment on the matter, telling the press that “We don’t comment on personal matters involving our employees” and they are currently “reviewing the situation.”

The New York Post obtained copies of the police affidavit, detailing how the domestic dispute was in relation to the way the cars were parked in front of their home. Each of the spouses claims the other was the aggressor in a brawl that began when Dana sought to move the cars in their driveway.