An ABC correspondent’s WFH attire made for an LOL moment Tuesday on GMA.

During the second hour of the program, Will Reeve appeared on camera from home to deliver a report about pharmacies working to deliver prescriptions via drone in the future. Towards the end of his hit, Reeve threw back to hosts Michael Strahan and Amy Robach. And when he did so, his apparel choice came into full view. 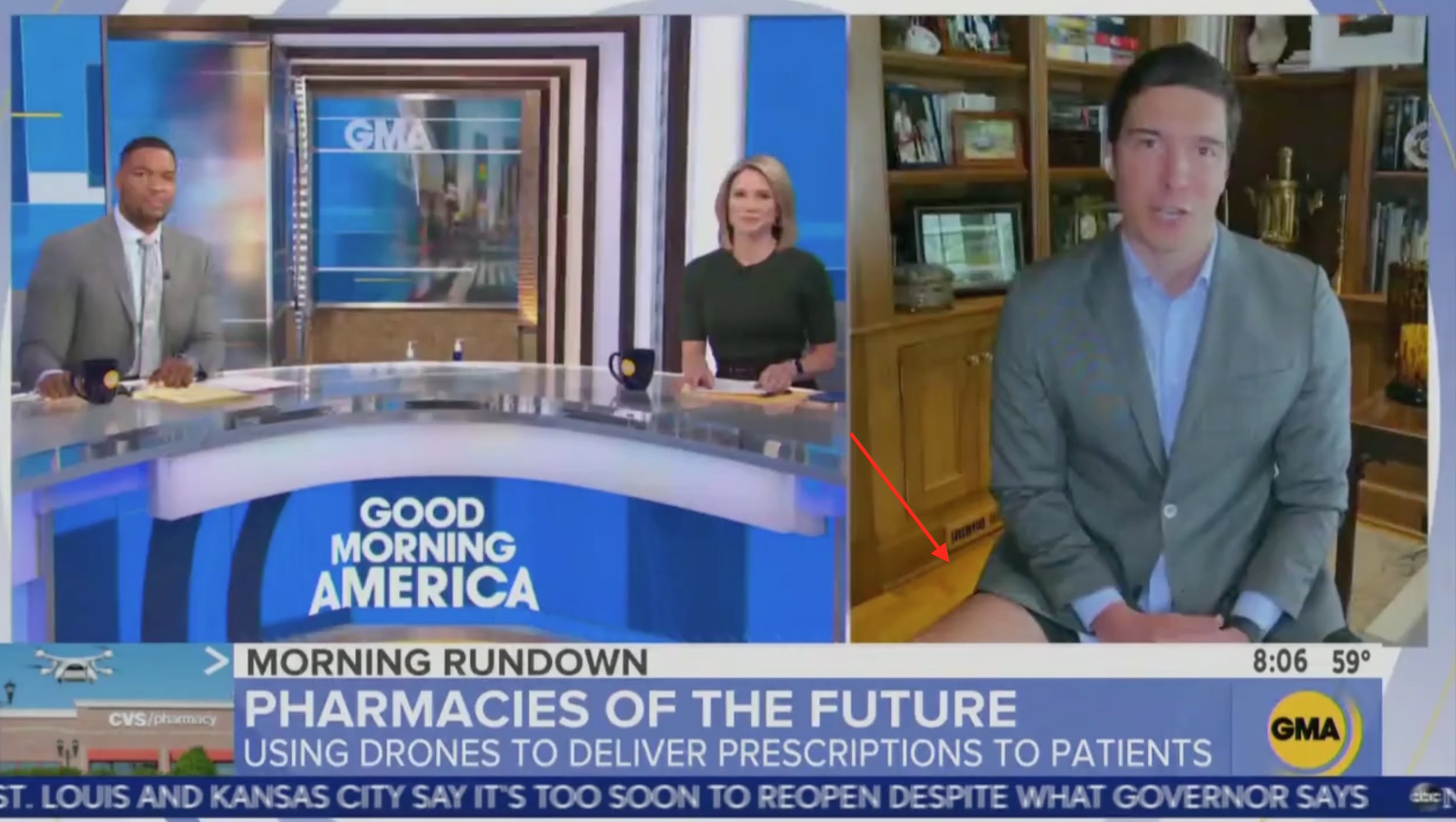 As the news industry has transitioned to having many correspondents report from home, a number of quirks have been present in broadcast — ranging from too casual clothing choices, cell phones going off, or kids and pets running around in the background. A poorly-kept secret industry secret is that the bottom half of a broadcaster’s wardrobe often isn’t as professional as the top half. Usually, though, an anchor desk or a savvy camera operator keeps that casual attire hidden from view. Reeve, unfortunately, had neither of those in his WFH setup.

Reeve affably took the flub in stride — noting that he had, in fact, been wearing shorts during the segment.

???‍♂️those are shorts I promise

He later sheepishly remarked, “the more I look at this the more thigh I see. Yikes.”

Man the more I look at this the more thigh I see. Yikes.